When we checked in at KOA Craters of the Moon/Arco, Angela, the owner gave us a quick rundown on Arco’s history.

1).  This tiny city, with a current population of 700, gained its brief fame in 1955.  This was the world’s first nuclear-powered city. 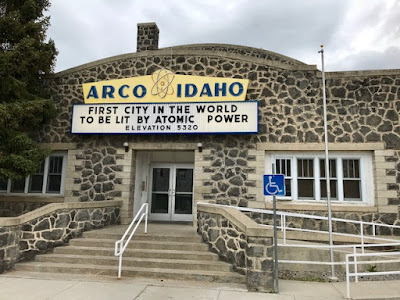 2).  The USA’s only fatal nuclear accident occurred in Arco in 1961. There was a core meltdown at the National Reactor Testing Station killing three servicemen. These victims were placed in lead coffin buried under about 4 feet of concrete at Arlington National Cemetery. Arco was chosen by the government because of its remote location and sparse population. 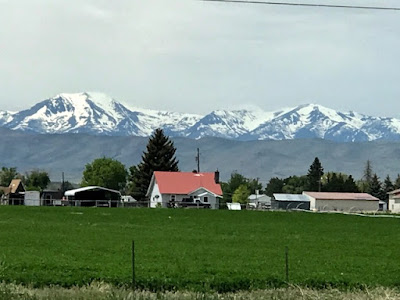 Arco has a range of mountains to the north including Mt Borah, Idaho’s highest peak at 12,667 ft and oddly named Appendicitis Hill Wilderness Study Area in the Butte County just 5 miles north of the city. 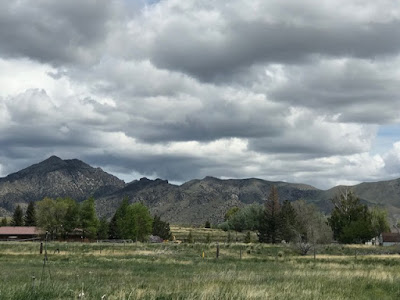 Local high school senior class paint the last two digits of their graduation year on the “Hill of Numbers”. Such graffitis, it seem, are condone by the school administrators and Butte County School District Office. 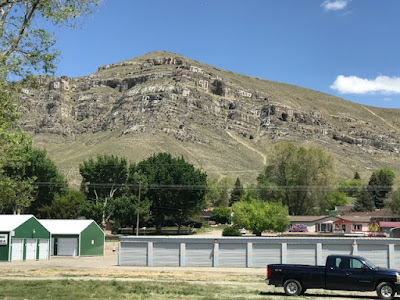 Located less than 300 ft from where we are staying, Pickles Place parking lot is always packed. J.J. and I enjoyed a delicious Crater Burger served with grilled onion, mushrooms, pickles, tomato and lettuce. It took 45 minutes for the kitchen to prepare because the place was filled. Going back and ordering same items two days in a row is our endorsement for this tiny eatery where atmosphere is casual, but the food is comparable to any gourmet hamburger joint. 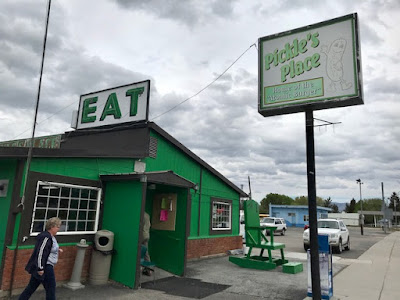 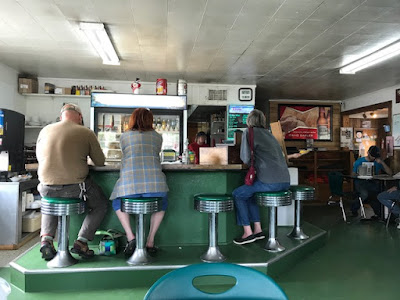 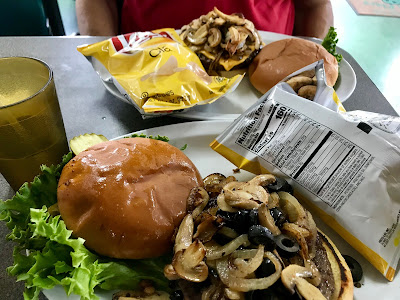