The Killdeer is classified as shorebird but these plovers are commonly seen on people’s yards, golf courses, RV parks and even parking lots. They are light brown to brownish-orange colored. They often run across the ground in spurts. The Killdeer are entertaining to watch as they frequently stop with a jolt and look around as if to check if anything is behind their tail. 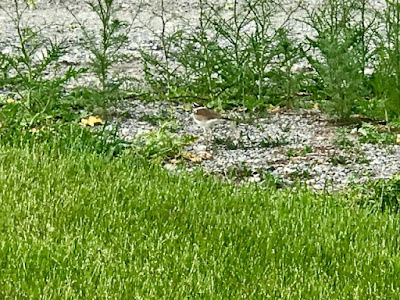 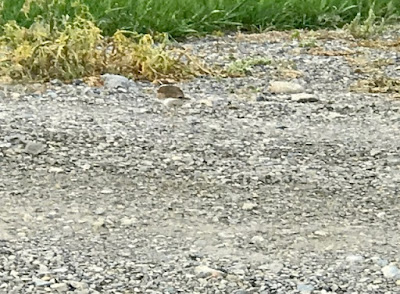 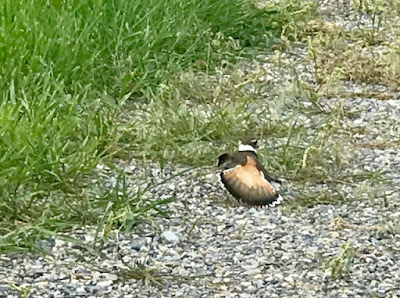 I encountered a pair this morning on my walk. They have a high screeching call and it becomes louder if they feel you are getting too close to their nest. 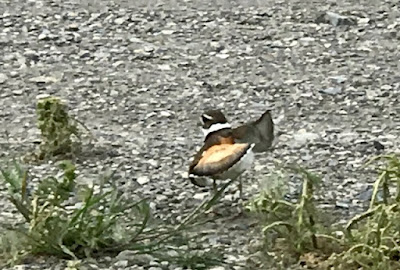 J.J. and I had watched an episode on Nature about the Killdeer’s broken-wing act. To lead predators away from a nest, the Killdeer pretends to be injured, thus an easy prey. Once potential predators are led to a comfortable distance away from their nest, then the Killdeer flies off.

I must have appeared as a large predator, the Killdeer fluffed itself up, displaying its tail over its head, and started to charge at me. Though I did not get frightened, I did move away. 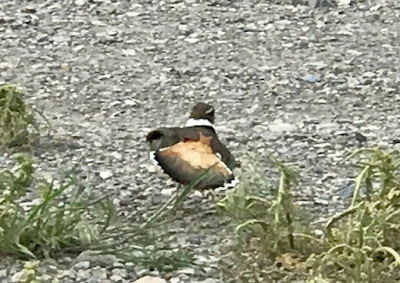 The pair’s nest is a depression on the gravel. The eggs are speckled and look very much like stones. But I could not get close enough to count if there were the usual 4 eggs in the nest.

Bluegrass is a form of American roots music originated in Kentucky that is influenced by the music of Appalachia with European influence of Irish and Scottish. Typical instruments played by Blueglass musicians are banjo, guitar, acoustic guitar, fiddle, mandolin and harmonica. Every Tuesday night, a group of friends get together for a jam session at the KOA Meridian-Boise and everyone is invited. Each participants took turn playing and singing their favorite song while others accompanied. The only song the two of us recognized was City of New Orleans by Willie Nelson. 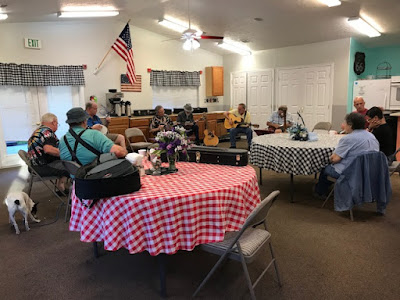 “Good morning America
How are you?
Say don’t you know me
I’m your native son
I am the train they call
the city of New Orleans
I will be gone five hundred miles
when the day is done” 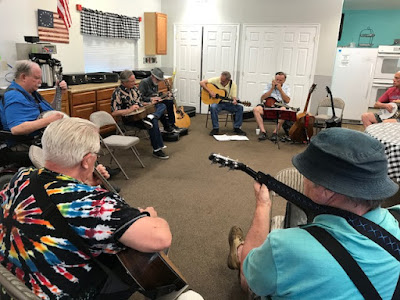 It was different but definitely an enjoyable evening.