Craters of the Moon National Monument


Craters of the Moon National Monument and Preserve is located in the Snake River Plain in Central Idaho. With an elevation of 5,900 ft above sea level, it encompasses 3 major lava fields. 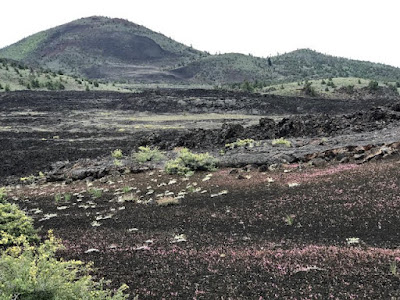 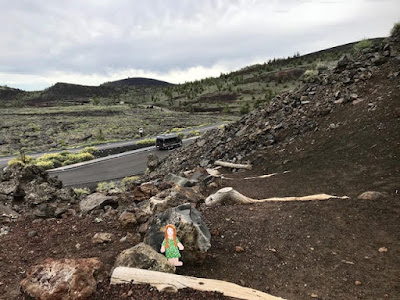 Native Americans visited the area about 12,000 years ago. Volcanic eruptions were described in the Shoshone legend “as a serpent on a mountain angered by lightening who coiled and squeezed the mountain until liquid rock flowed.” The legend goes on to say that fire shot from cracks, and the mountain exploded. Very poetic. 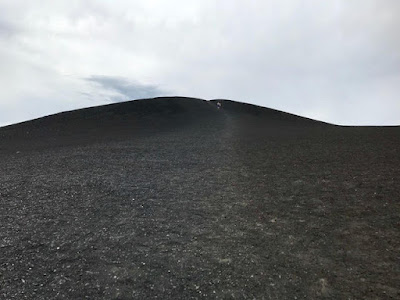 According to US National Park Service information site, the oldest flows of the Craters of the Moon lava fields are 15,000 years old and the youngest formed about 2,000 years ago. 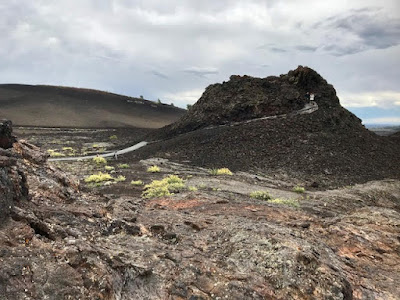 There are many landmarks accessible by taking the 7 miles Loop Drive from the Visitor Center. J.J. made several stops for me at interesting places: Devil’s Orchard, Big Craters, Splatter Cones, and Tree Mold. 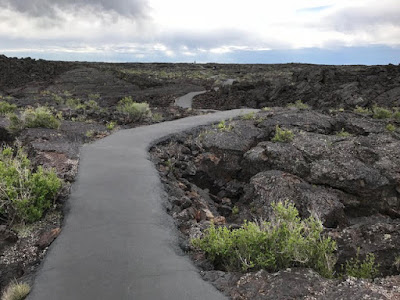 My favorite stops were a large cinder cone named Inferno Cone. The undefined trail is short but steep. I stopped long enough to photograph a family of hikers at a distance. 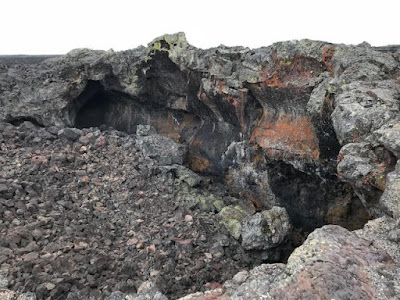 Cave Area with 4 caves was where I spent the most time. There are so many warning signs posted requiring some form of head protection and flashlight. 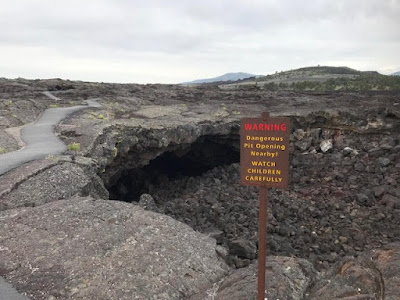 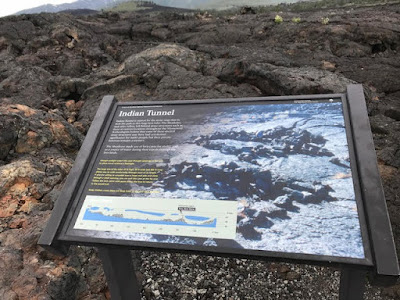 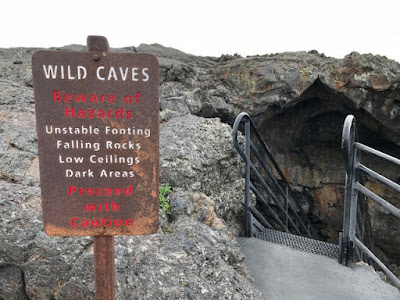 By the Visitor Center, there is a basic campground with 51 sites. With no light pollution, this Monument is also designated as an International Dark Sky Park. Camping overnight among ancient lava field must be an amazing experience. Skiing is allowed in the Loop Drive starting late November after it is closed to vehicular traffic. 25” of snow on average is expected by February. 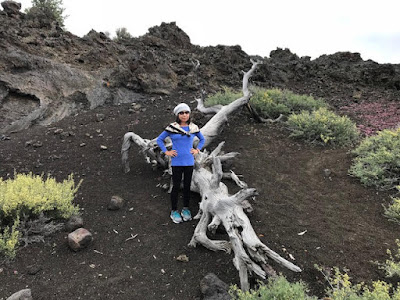 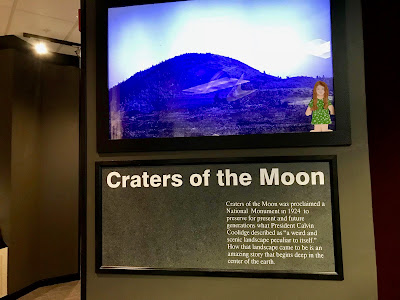 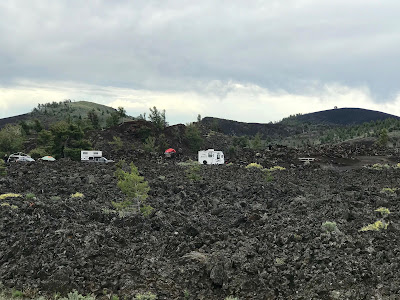 Craters of the Moon National Monument in Idaho was worth a visit. Though it does pale in comparison to an active volcano like Kilauea!