J.J. and I met Steve at the Red Ledge RV Park. From his large frame, it is easy to surmise Steve as an all-American meat and potato man. The surprising fact is Steve is a vegan. In his own word, Steve became vegetarian 27 years ago and for the past 7 years, he has been a consistent vegan. 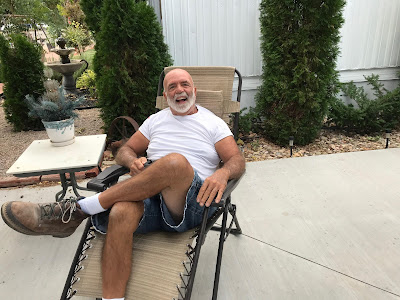 A vegan does not eat meat, poultry, fish, eggs or dairy products. Steve’s daily diet consists of 2 ounces of peanuts for breakfast. That is sufficient to give him energy for his morning work out that includes lifting weights, working on abs, biceps, triceps, leg and back. Steve has modified exercise machines to suit his own requirements. 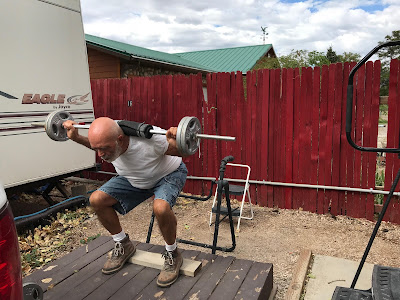 Stretches is followed by a long walk during midday to take advantage of natural vitamin D from the sun’s UVB rays. 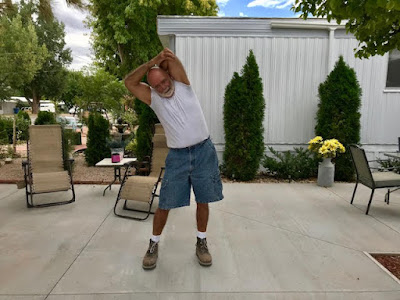 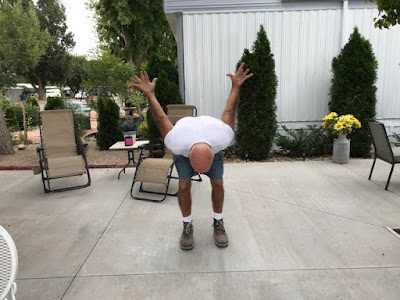 Steve’s lunch is a salad consisting of kale, red cabbage, red pepper, onion, and carrot. His dinner is a can of beans and a can of corn. He does not consume coffee, but drinks weak tea.

Since adopting the vegan diet, Steve told me that he is happier and healthier.

Interested in history and politics, Steve stays away from television, internet and smart phone. He is an avid reader and passionate conversationalist. Finally, I consider Steve extraordinary because of what he carries in his wallet: a fading copy of the Ten Commandments and an equally worn out copy of the Declaration of Independence and the Constitution of the United States of America. He reads both on a regular basis. 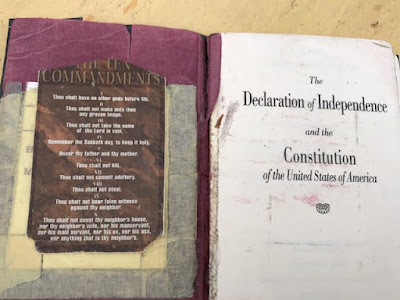