Construction of the Old Cathedral began in 1567. It was the main place of worship during the time of Spanish colonization. Today it is a museum of religious arts. 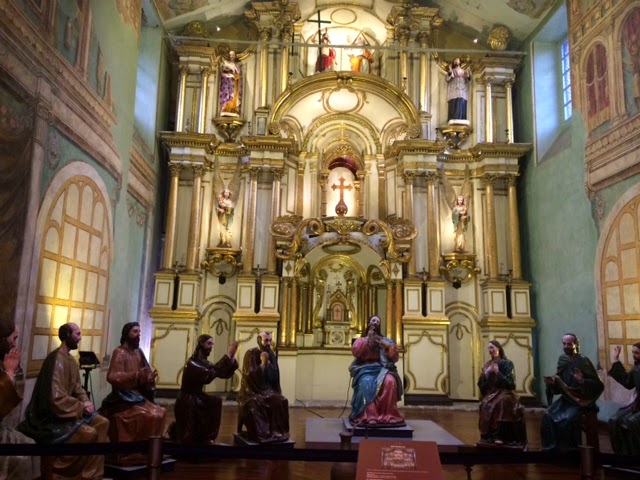 I love the feeling of the Old Cathedral. The New Cathedral is magnificent architecturally. The three blue domes are distinctive and beautiful. However, inside it is so huge that there were several flat screens mounted high so that worshipers could follow the Mass. The place had a carnival like atmosphere.

In comparison, being inside the Old Cathedral was serene and calming. Listening to the Gregorian chant was spiritual. The two of us sat for a long time. Entrance fee was $2 per person. 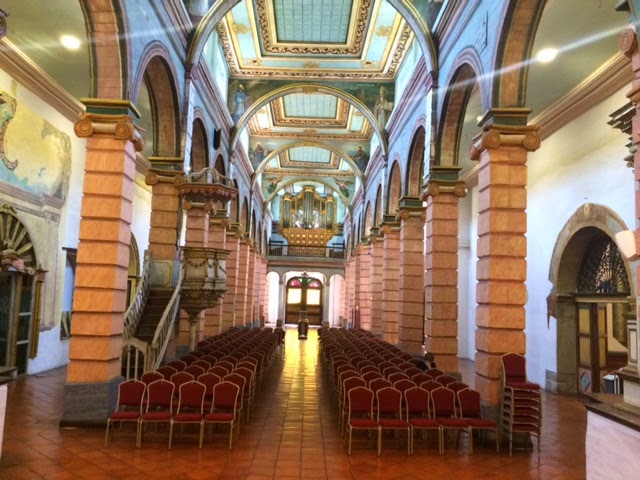 City Bus Tour was impromptu action on our part. A woman approached us as we exited the Old Cathedral and offered the tour at a 50% discount. After paying $4 per person, we climbed up to the upper level of the double-decker bus. 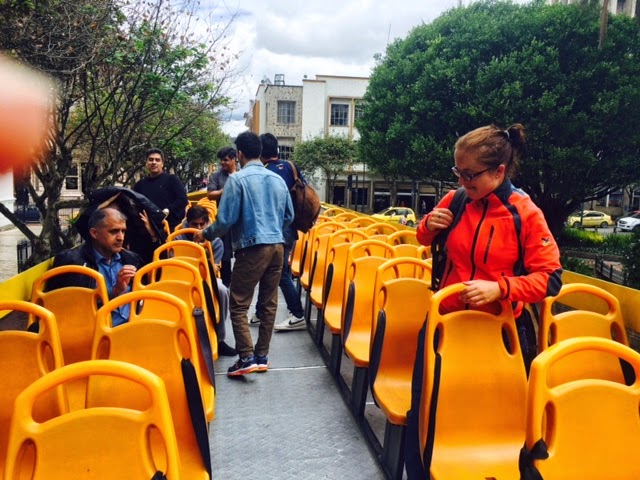 The bus guide gave a running commentary of history, buildings, people, topography, churches and rivers of Cuenca. J.J. and I are glad that we waited until today to take this highly recommended tour.  We understood about 70% of what was being narrated in Spanish. 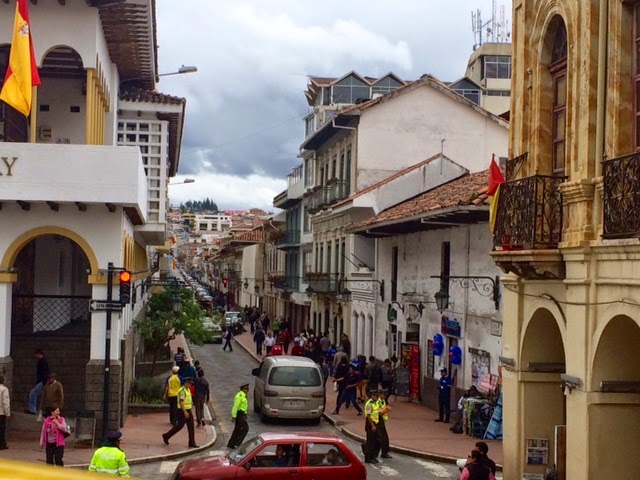 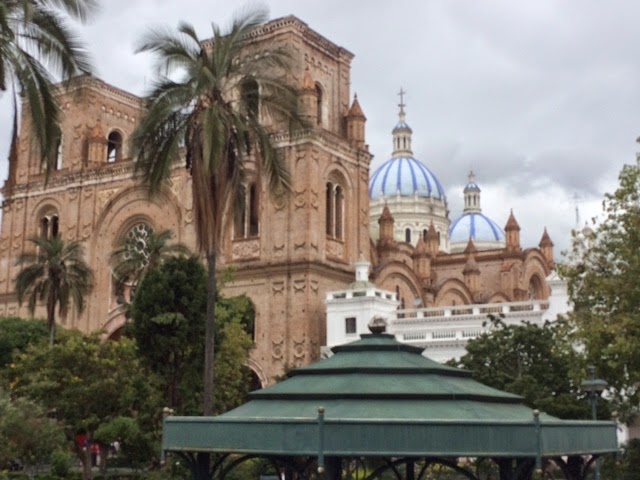 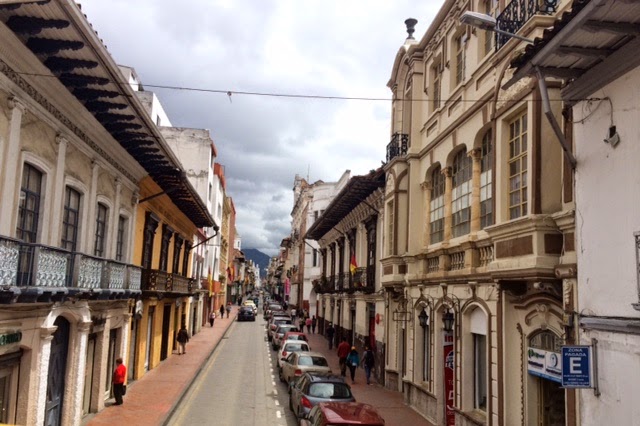 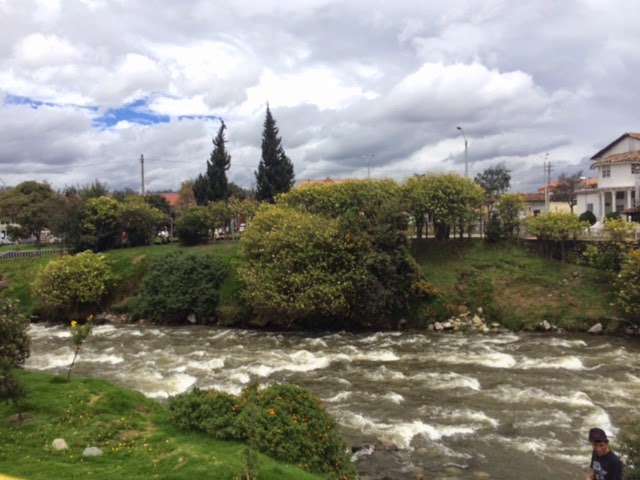 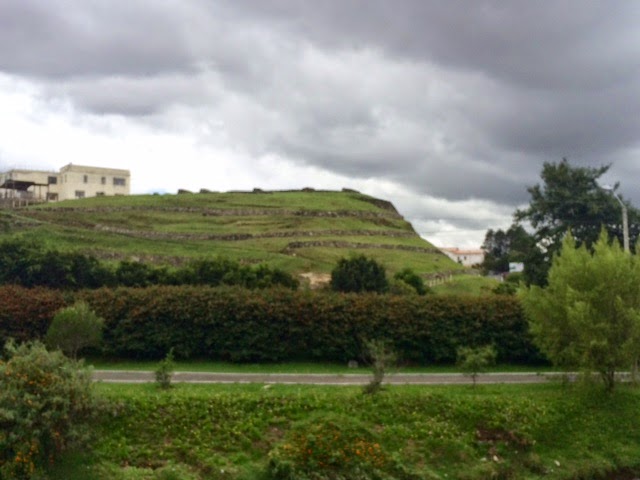 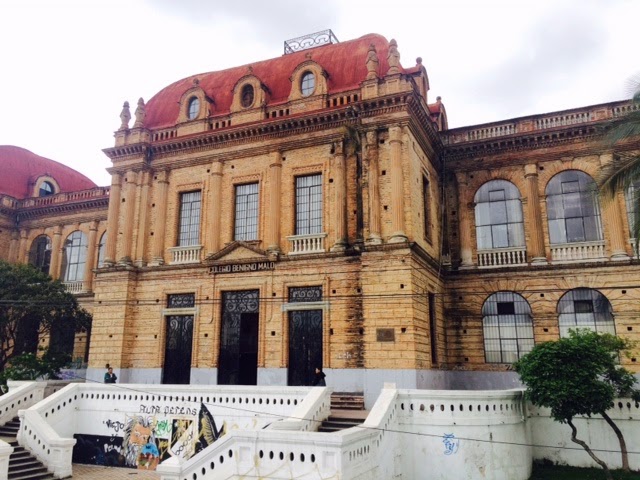 View of Cuenca from a hilltop 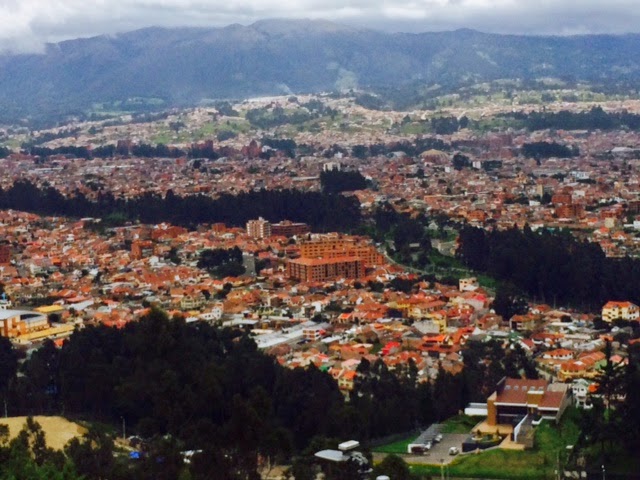 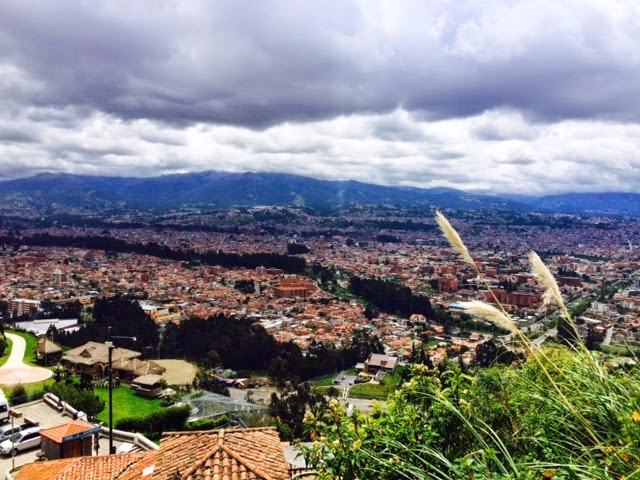 Sonja is from Fribourg, Switzerland. Her profession is psychology. Sonja is at the mid-point of her 8 months travels in South-America. We meet many solo travelers, especially Europeans. I always have an additional respect for the solo female traveler. To our question if she ever felt threatened or frightened, Sonja replied with a confident smile, "You just have to be aware of your surroundings and always be mindful." 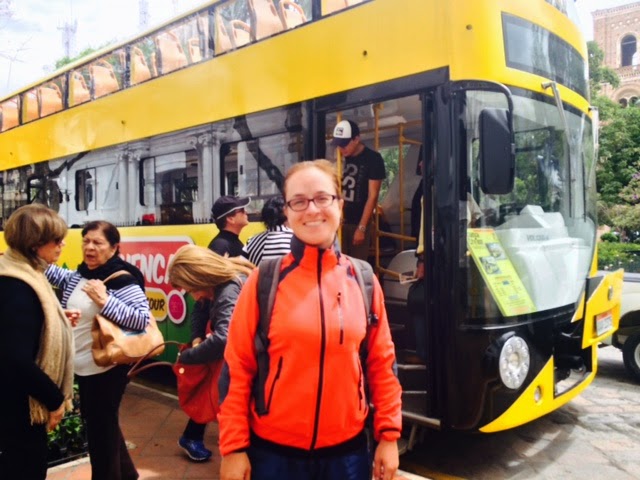 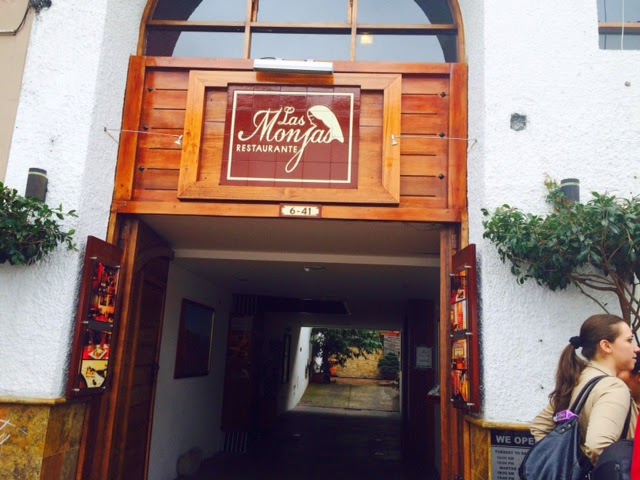 Early lunch, the restaurant was still empty. Carlos, born in Venezuela was very solicitous. He has worked in the Caribbean countries, New York and in Maui. 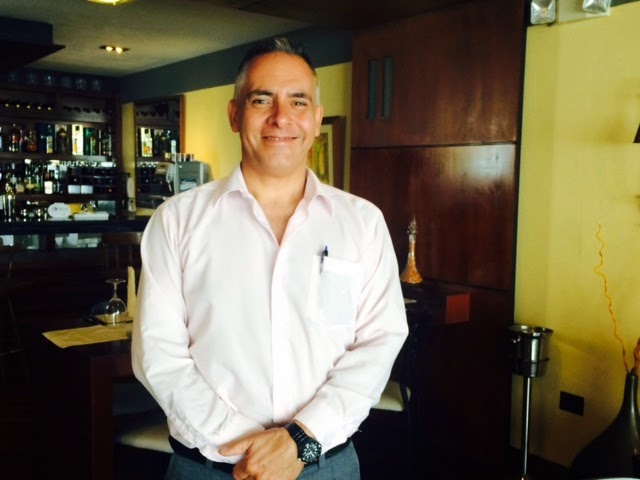 An interesting person, we enjoyed our conversation with him. The complimentary dessert of ice cream made of rose petals was amazing. 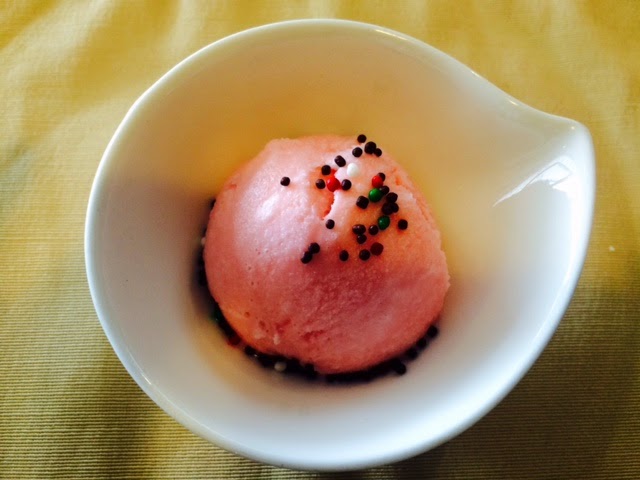