Aloha Everyone,
The Great Synagogue also known as Tabakgasse Synagogue, is the largest synagogue in Europe and one of the largest in the world. It was built between 1854 and 1859 in the Moorish Revival style. Islamic and Medieval Spanish decorations adorn the interior. According to our guide, rather than having distinctive Jewish architecture, forms are of ethnic group that are related to the Israelite people. J.J. and I like the simple explanation given to us by one of the Hop On Hop Off bus guides: "Designed by architect who had no idea what a synagogue should look like, he designed something more familiar, in the style of a Catholic Church." 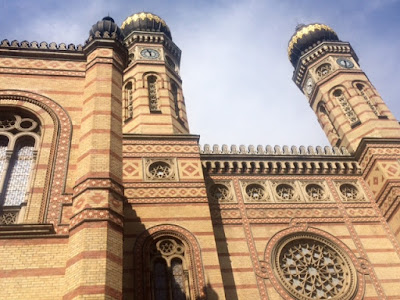 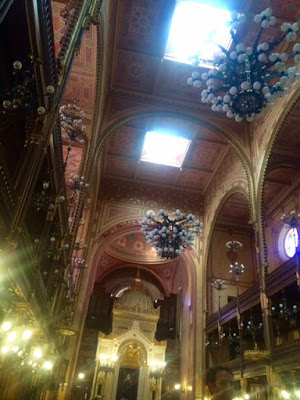 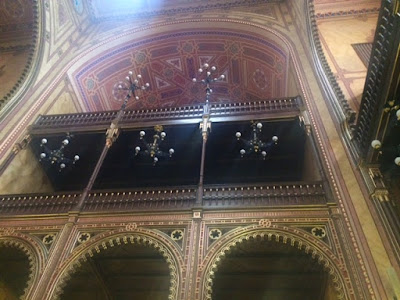 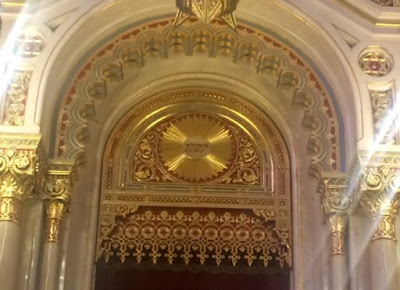 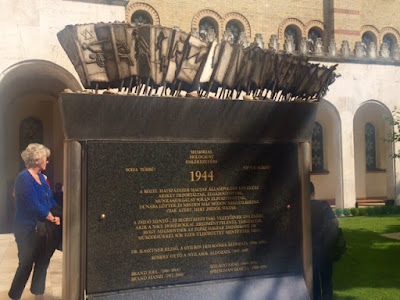 All male visitors were handed a paper disposable kippah (skull cap) while females wearing bare shoulder clothing were given a plastic sheet to cover them. 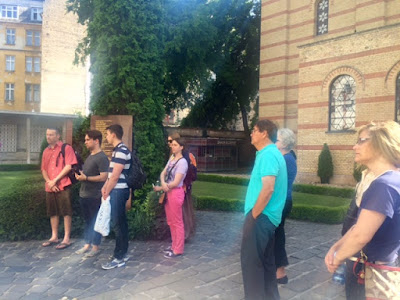 Our guide took us through the Great Synagogue, the Heroes' Temple, the graveyard, the Memorial and ended our tour in the old Jewish quarters.
Each leaves of the Weeping Willow sculpture is carved with a Holocaust victims' name as a profound and sobering reminder. Once a large community of 800,000, today the Jewish community in Hungary is about 80,000 or less than 1% of the country's population of 9.8 million. 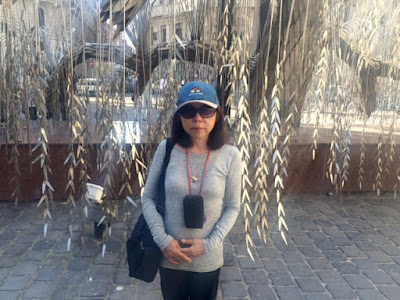 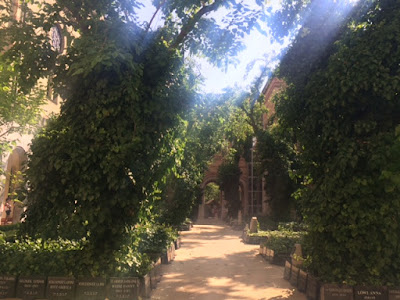 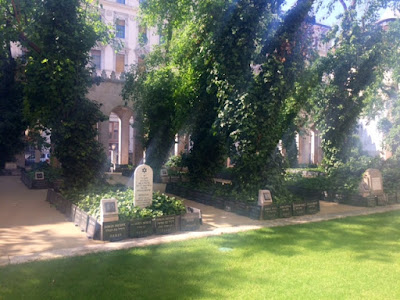