Finally, on day 11 of our cruise, we have reached the main attraction, traversing the Panama Canal.

Announcement over the PA system regarding the history, function, canal and expansion kept many of the passengers hanging around the bow of the vessel. The narrator interjected personal narratives and anecdotes to bring so much factual data easier to digest. Having seen the Canal previously from land helped J.J. and me understand and appreciate this magnificent engineering marvel. 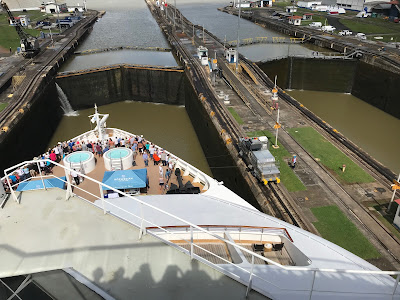 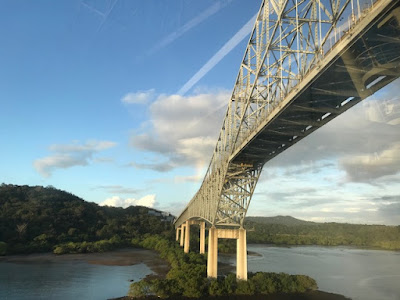 The canal has been operating for nearly 104 years. Today the waterway connects 144 routes, reaching 1,700 ports in 160 countries saving 28 days and about 4,000 miles compared to going through the bottom of South America.

Here are some interesting facts:

1.  The Canal is appropriately 49.7 miles long between Atlantic and Pacific Oceans.

2.  The Canal uses a lock system (compartments with entrance and exit gates).

3.  The locks function as water lifts raising ships from sea level to the level of the lake and back to the sea level.

4.  The lock chambers are 110 feet wide by 1,000 feet long. The maximum dimension of ships that can transit the Canal are 106 feet in beam, 39.4 feet in depth in Tropical Fresh Water, and approximately 965 feet long.

5.  The water used to raise and lower vessels in each sets of locks comes from Gatun Lake by gravity. Gatun Lake is fed by rain.

6.  The Canal has a workforce of approximately 9,000 employees. The Panama Canal Authority is semi-autonomous, operates 365 days a year and serves vessels of all nations without discrimination. 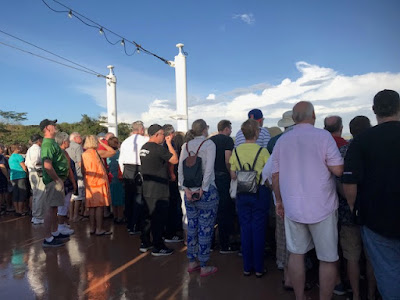 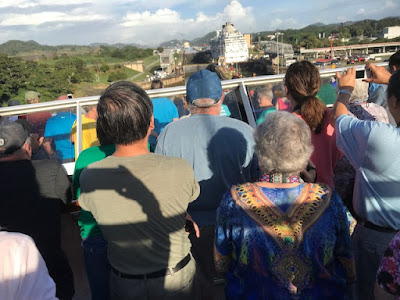 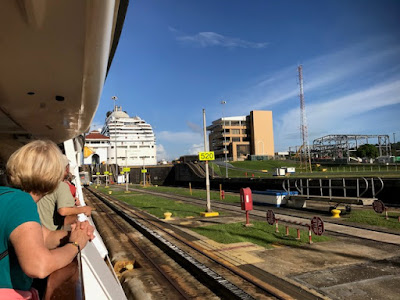 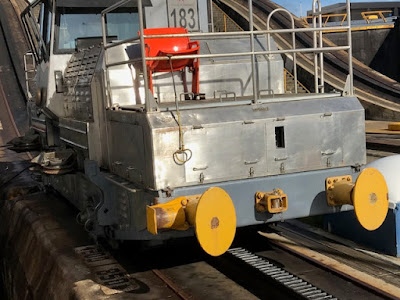 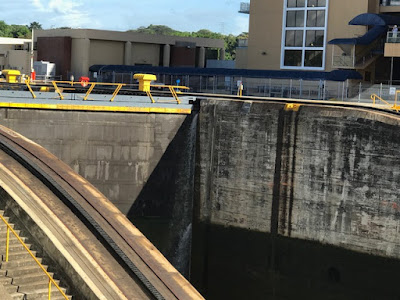 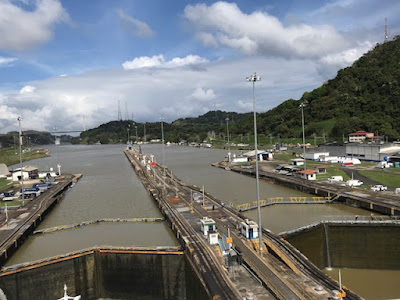 Price of crossing is based on the gross tonnage of a ship and for ours, it is $400,000 for one way passage. It took our vessel approximately 10 hours to cross. We learned that the Panama Canal crossing is actually North to South rather than West to East. Likewise, too much or too little rain could adversely affect the normal function of the Canal. 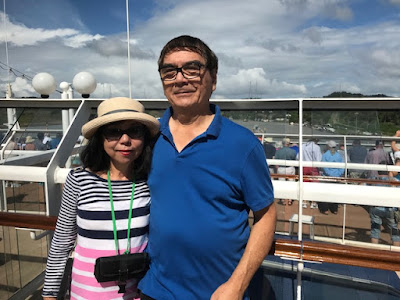 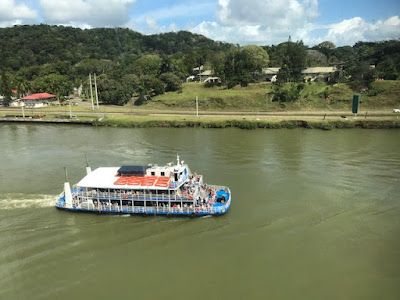 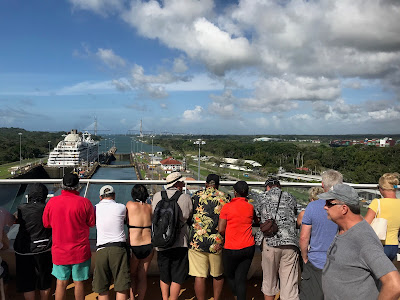 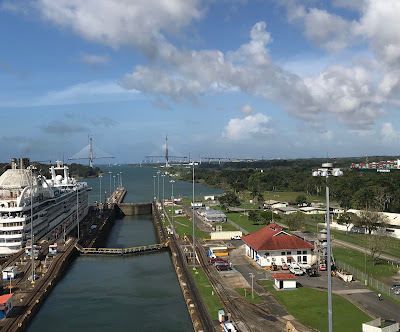