Honu Has A Service Call

Busy day! Chugwater is a small town in Prairie County with a population of 212. Unexpected cliffs rising from the surrounding plain makes this place a natural landmark. 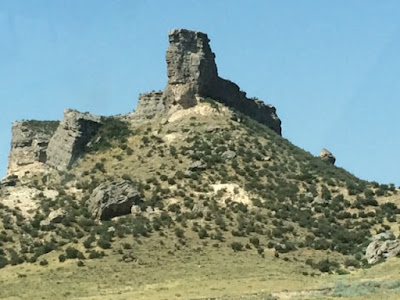 According to some historians the town's name "Chugwater" is derived from buffalo (bison) jump. The Indians drove the herd over cliffs, the animals made a sound of chugging as they reached the ground below. Not sure if there is one particular cliff being referred in the tale. It was a way to kill game before the arrival of firearms. 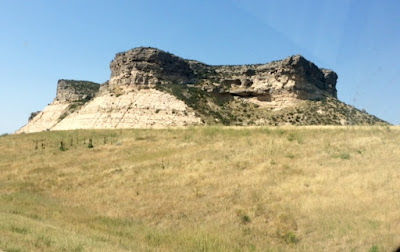 As we left Wyoming, a lighted sign over the interstate reminded motorists to drive safe as there has been 22 road fatalities during the past 30 days.

At Fort Collins, CO visitor center, we met Raul and Isabel. Originally from Lisbon, Portugal, now residents of Virginia Beach, VA, they were on their way to Yellowstone National Park. We had an interesting conversation regarding Portuguese influence in Hawaii and in Japan. Raul was surprised to learn that "tempura" one of representative national dish of Japan actually traces its origin to Portuguese. https://en.m.wikipedia.org/wiki/Tempura 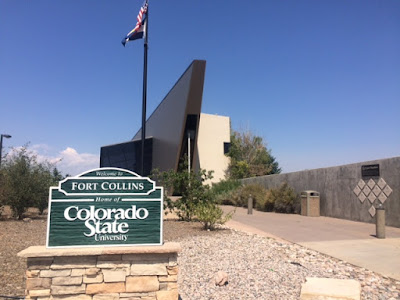 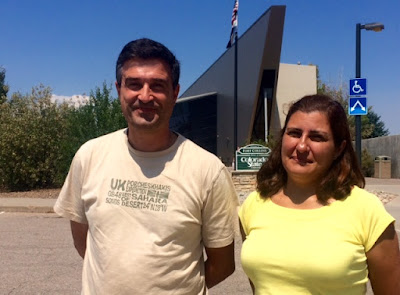 Gary replied to our phone call and within an hour, he drove to KOA Estes Park. Mobile RV repair service means Gary carries with him tools and spare parts. He replaced the water pump, fixed one of the window shades, tightened screws of the mount for our TV screen and installed Honu's new license plates. The $300 for the service call, parts and labor was reasonable. 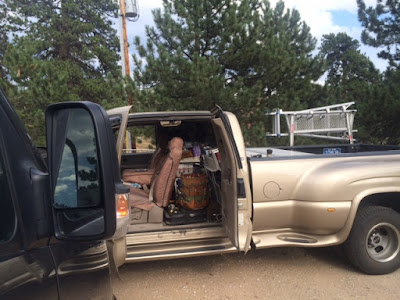 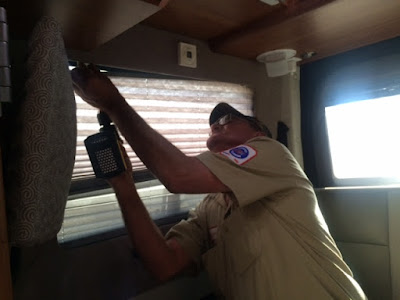 Estes Park is a popular summer resort town where the Rocky Mountain National Park headquarter is located. The resident population of about 6,000 explodes to 40,000 plus during the summer months. New housing developments were spotted around town. Compared to the affluent resorts of Aspen, Vail and Breckenridge, average condo prices start in mid $100K and home prices in mid $300K. 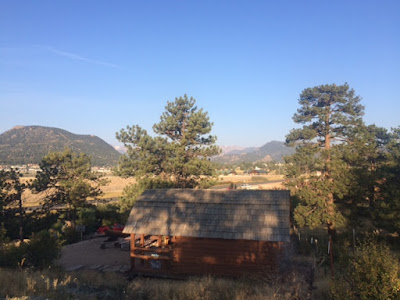 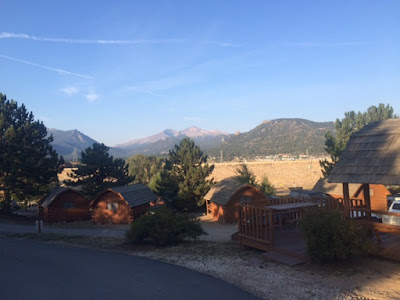 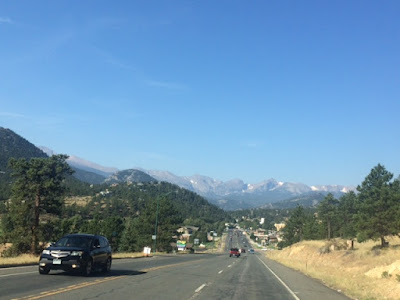