The Port of Skagway is our 3rd and final stop in Alaska. Estimated population for 2015, based on the 2010 census, was 1,057. However, the population doubles during the summer. Today, with 3 cruise ships docked at the port, streets and stores were packed with about 8,000 tourists. 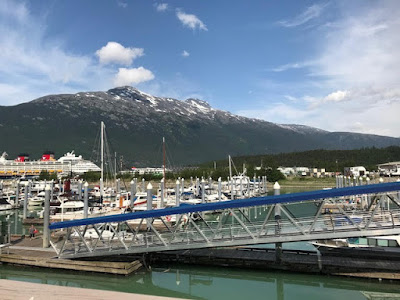 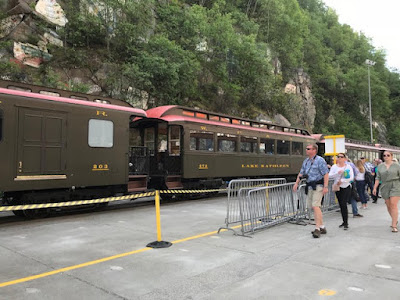 Among the many stories and movies that used Skagway as a setting include Jack London’s novel The Call of the Wild, and North to Alaska, a film starring John Wayne. 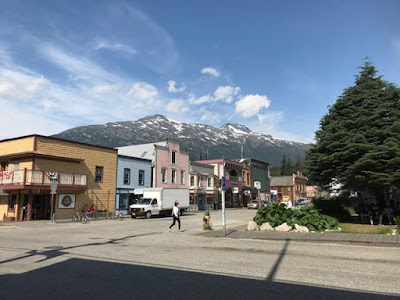 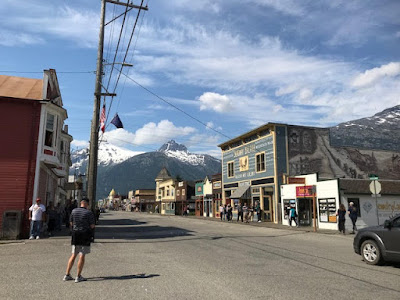 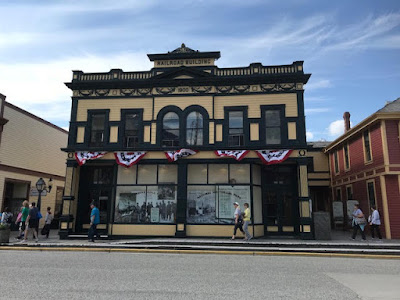 Last frontier truly applies to Skagway as you can see from the architecture of downtown buildings. As with other Alaskan ports we visited, Russian settlers left a legacy of onion-domed churches. 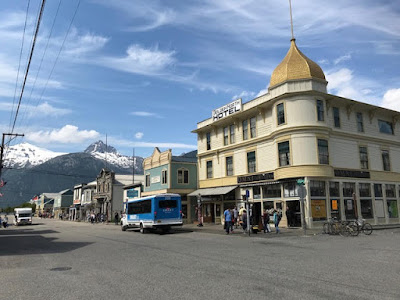 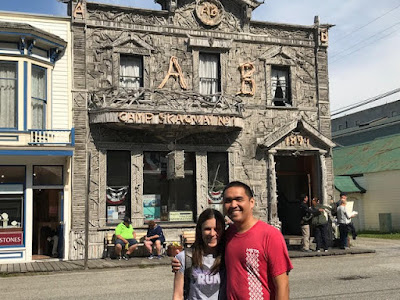 Skagway was a productive stop. J.J. and I went to do our banking at Wells Fargo Bank, then the two of us made inquiries and looked around the Skagway RV Park. Driving to Alaska crossing Continental Canada is an adventure we are considering. 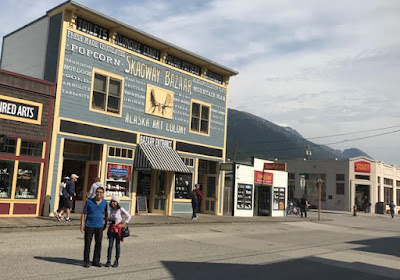 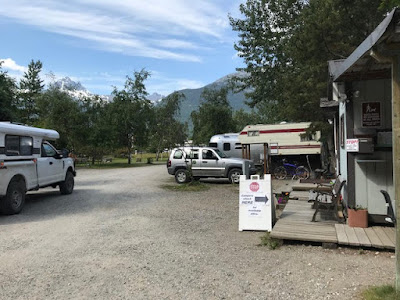 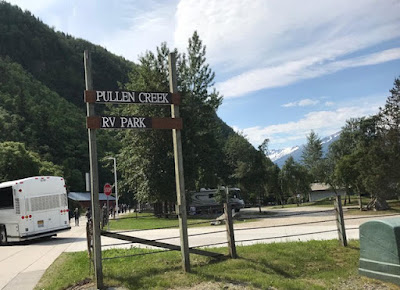