J.J. and I have been looking forward to crossing Tracy Arm, a fjord named after Secretary of the Navy Benjamin Franklin Tracy. Tracy Arm is located within the Tonga’s National Forest. 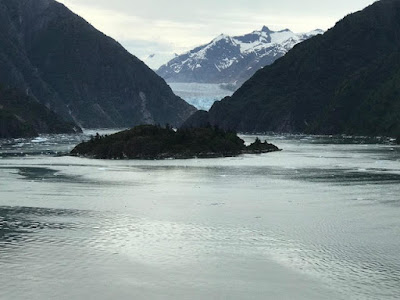 Tracy Arm-Fords Terror Wilderness contains 653,179 acres including two deep and narrow fjords: Tracy Arm and Endicott Arm are over 30 miles long and one-fifth of their area is covered in ice. We saw numerous floating ice bergs in various sizes including one that was large enough to carry several seals. 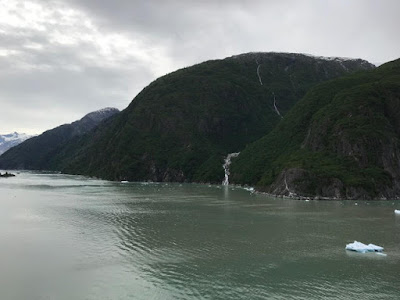 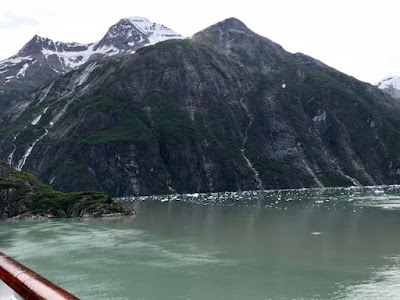 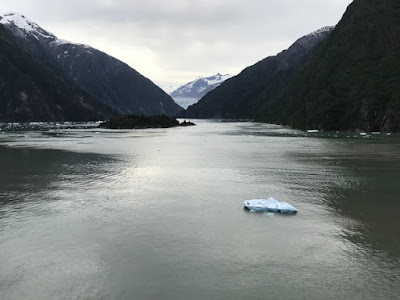 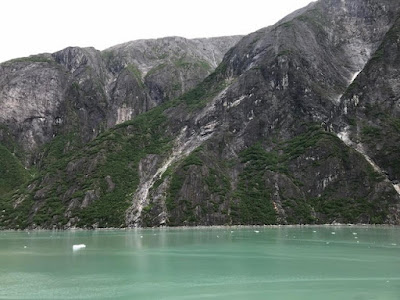 Alaska’s Inside Passage is indescribably beautiful and also teemed with wildlife. After the ship passed the narrow Tracy Arm bar, we swing around 180 degrees using thrusters. We saw several tour boats at the ships side picking up passengers who took optional scenic tours. 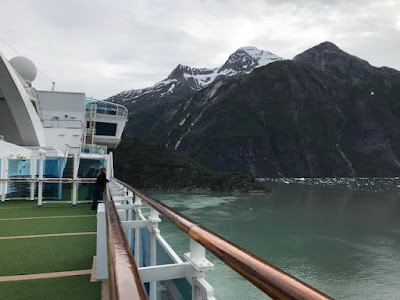 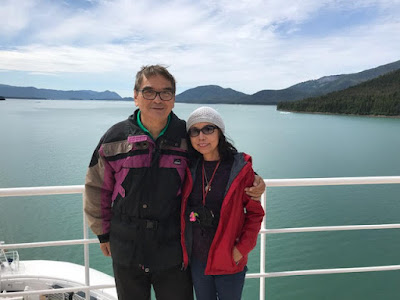 Juneau, the capital of Alaska is located on the Gastineau Channel in the Alaskan panhandle. Juneau is the second largest city in Alaska. Juneau, the state capital, has no roads connecting the city to the rest of Alaska. It is also isolated from the rest of the continental USA. 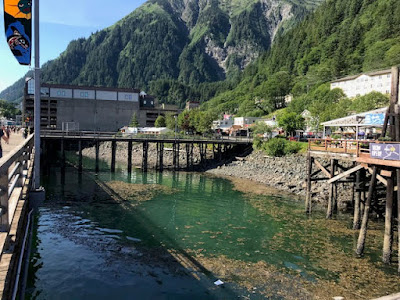 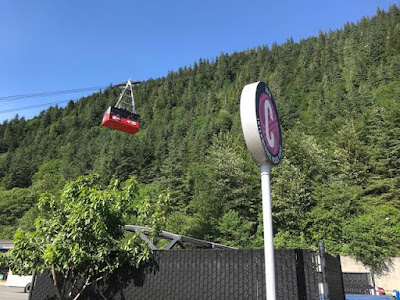 Our granddaughter and I joined Jeff and Jenny on a stroll to enjoy seeing the city. 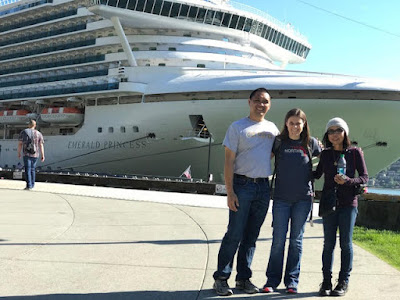 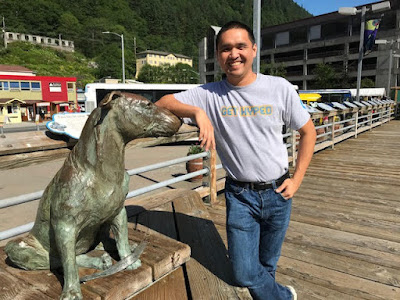 Marilyn from Denver, CO and Joyce from Phoenix, AZ were neighbors and friends when they were children. The distance has not interfered with their friendship. They visit each other on a regular basis and travel together at least every 2 years. 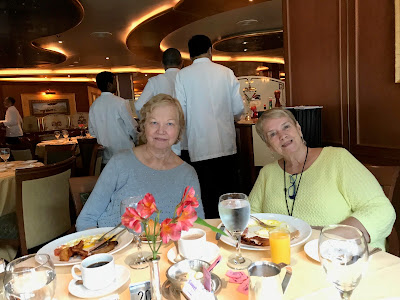