Phuket is the size of Singapore. It is an island as well as Thailand’s richest province. 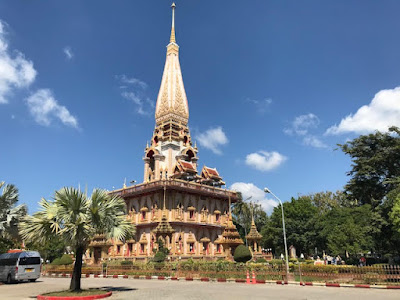 The passengers were transported from Emerald Princess by tender to shore. Reviewing a list of must-see things provided by the ship’s excursion staff, J.J. and I decided to hire our own van and a driver. It was a fortuitous that we joined Nick, Merzuka and their daughter Rubije from Australia and Rajeshwaru and Jayesh from London. 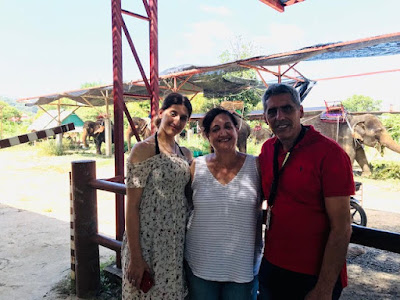 Wat Chalong, the most ornate and the biggest of the 29 major Buddhist temples in Phuket was truly impressive.
While the rest of our group climbed the temple, J.J. and I walked the grounds and watched 4 couples having their wedding photos taken. Dressed in traditional Thai clothes looking every inch like the characters from the “King & I”, they looked regal and beautiful. But I felt bad for the brides who had to endure ornate tiara, thick make up, body hugging gown and long trains in the heat of the day. 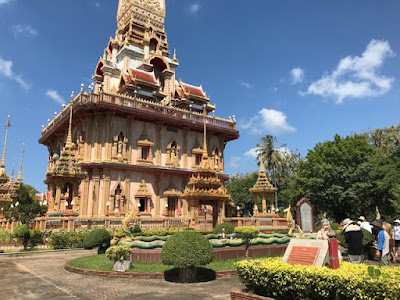 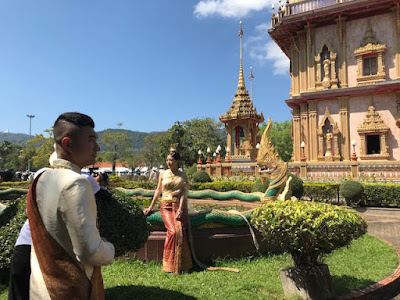 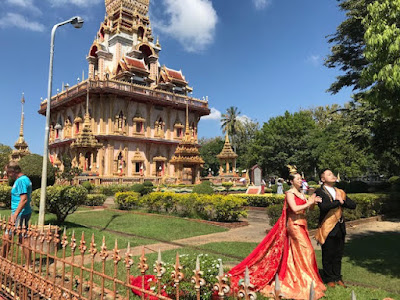 Feeding bananas to a mother elephant and her two months old baby was fun. 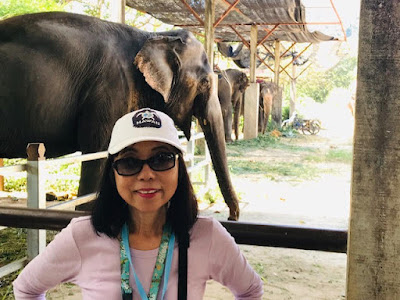 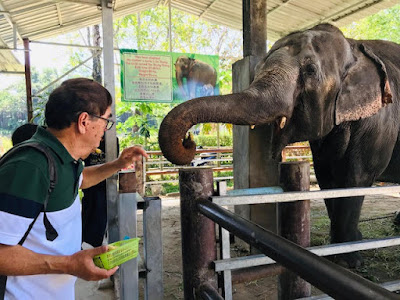 This was followed by visiting a beach and going to a scenic lookout. It turned out to be a wonderful and adventurous day. Now, when we hear Phuket, the two of us will recall multiple images of the island in addition to one of our favorite Thai restaurants in Honolulu. 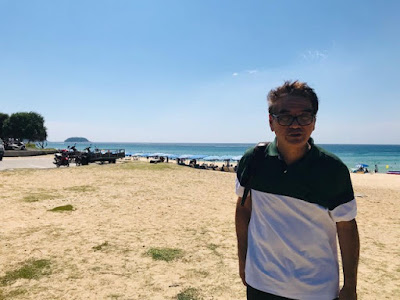 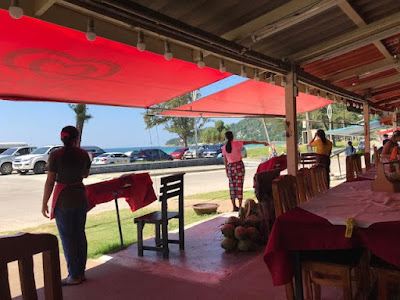 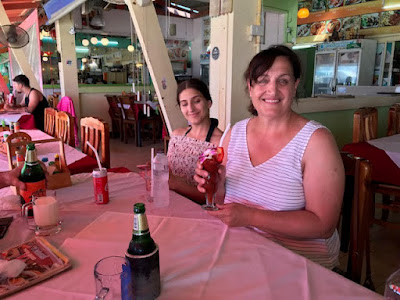 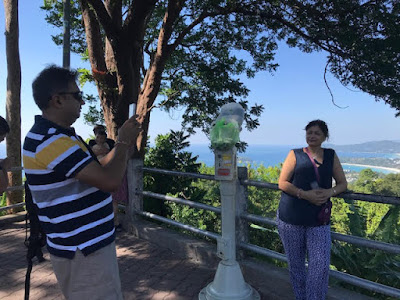 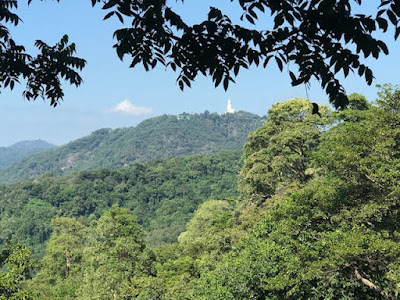