“Coyotes have the gift of seldom being seen; they keep to the edge of vision and beyond, loping in and out of cover on the plains and highlands. And at night, when the whole world belongs to them, they parley at the river with the dogs, their higher, sharper voices full of authority and rebuke. They are an old council of clowns, and they are listened to.” - N. Scott Momaday 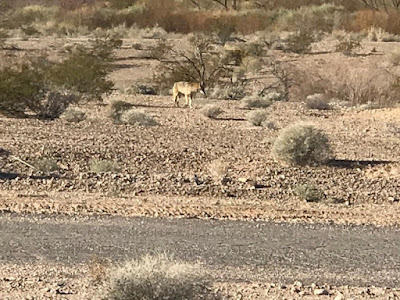 Frank heard a coyote calling her young ones. We tried to step gingerly on the gravel paths as to make the least sound. It was thrilling to finally see a coyote out in the open. Beautiful and proud, she probably was watching us long before she decided to allow us to get a glimpse of her. My iPhone camera does not do justice but then I can happily share the photo with J.J. and our family. 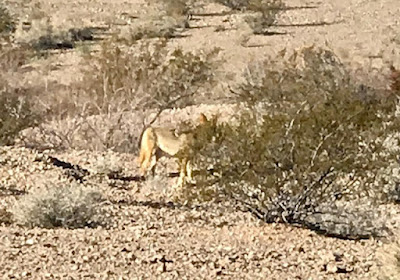 In the afternoon, I accepted Denise’s invitation to go back to the Nature Center to get a closer look at the displays and gather more information about the wildlife at the Wetlands Park. 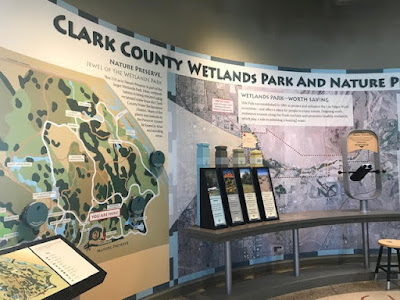 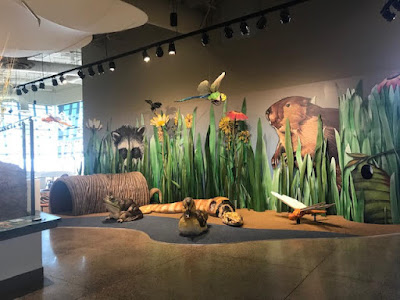 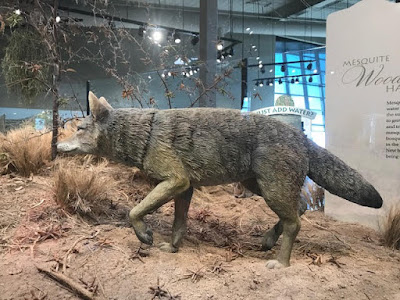 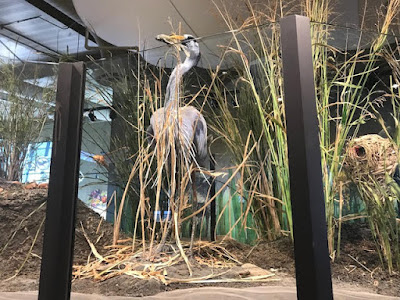 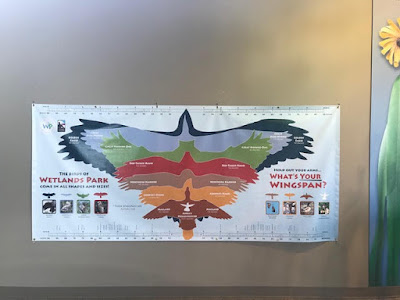 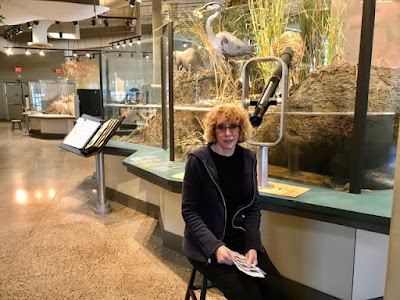 According to the handouts we received, the Wetlands has over 70 species of mammals, reptiles and amphibians. Over 310 species of birds also reside at the Wetlands including tiny Anna’s Hummingbirds. On a rare occasion, we even saw a golden eagle soar against the blue sky.