Castel Sant'Angelo, distinctive cylindrical tower was initially commission by Emperor Hadrian as a mausoleum for himself and his family. Later used as a fortress, it is now a museum. 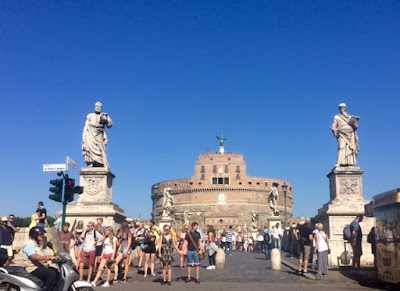 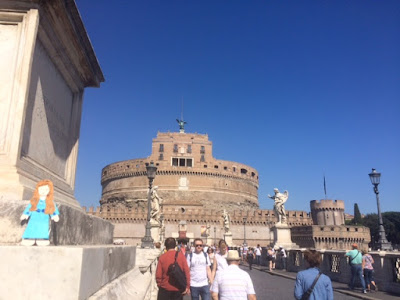 From the Castel, JJ and I walked to Piazza San Pietro (Sr. Peter's Square) in Vatican City. During a previous visit, this large plaza located directly in front of St. Peter's Basilica was empty and covered with snow and few
Imaginative people were enjoying skiing. Today the area was barricaded and hundreds of visitors were in line to enter or exit the cathedral. 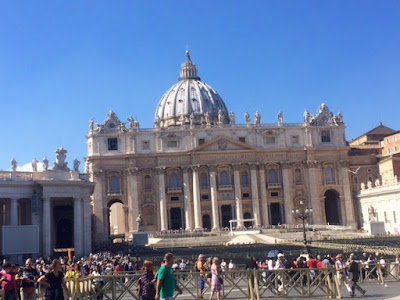 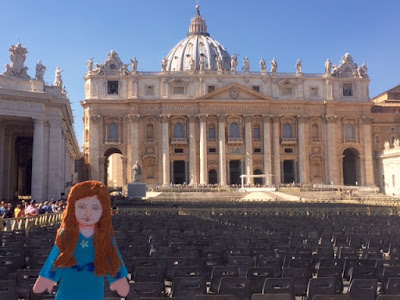 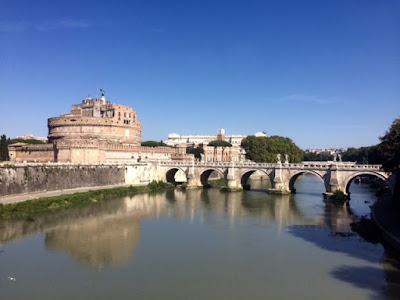 On a Hop On Hop Off bus stop, we met a group traveling from Hawaii. We found out that a couple of them live in Koolani, located in the Kakaako neighborhood. Surprise that they also know our good friends Jeff and Laura. Small world. They travel about 4 months out of a year. They will be returning  to Honolulu in December. I promised to stay in touch. Who knows where we might see each other again. 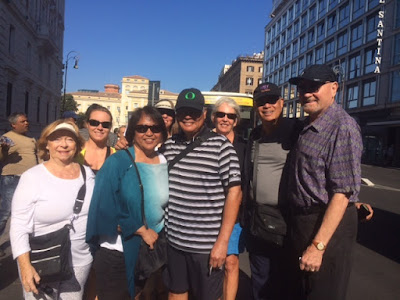 Back on Hop On Hop Off, we circled around the city enjoying the familiar sights of Victor Emmanuel, the remnant of the Circus Maximus and Palatiine Hill. Colosseum was especially magnificent in the evening light. 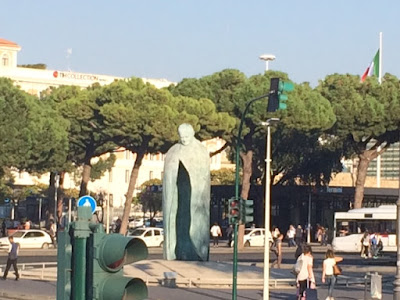 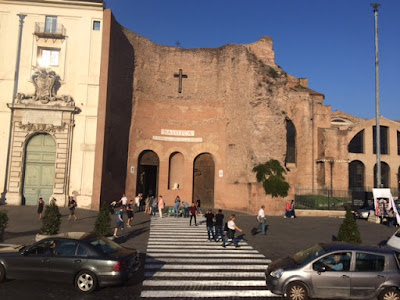 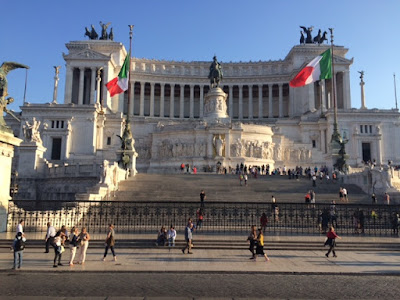 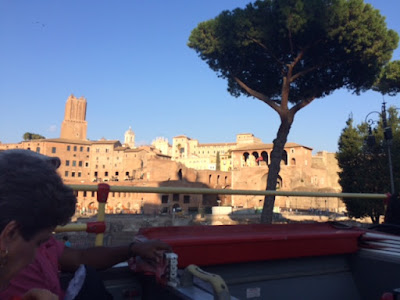 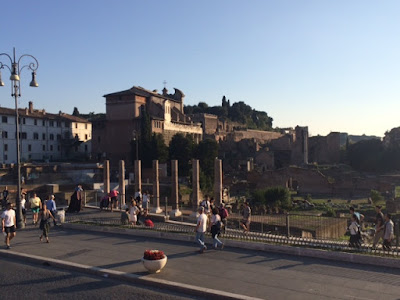 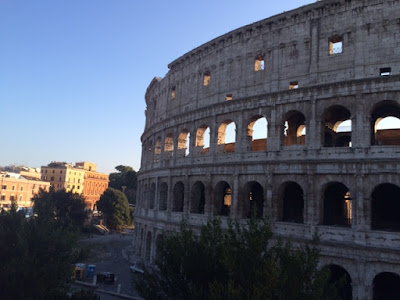 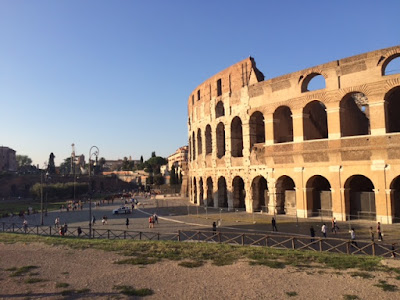