What could be more appropriate than featuring flowering trees and flowers for today's blog.

The flowering pear tree (Pyrus calleryana) is an ornamental tree that can be grown in the U.S. Flowering pear has a rapid growth rate, often achieving 12 to 15 foot height during an 8 to 10 year period. 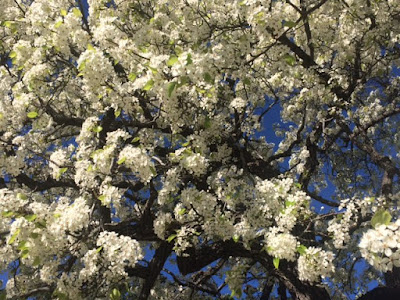 This morning our daughter-in-law invited me to go walking around a neighborhood where flowering pear tree blossoms were particularly beautiful.  But I must confide that the fragrance of the flower is unpleasant to put it kindly.  I am amazed how it still attracts so many honey bees. 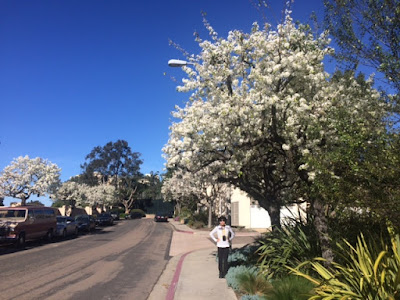 California Poppy, scientific name, Eschscholtzia californica, was cherished by native Californian as both a source of food and for oil extracted from the plant. California poppy, sometimes known as the flame flower, la amapola, and copa de oro (cup of gold), grows wild throughout California. The poppy became the state flower in 1903 and every year April 6 is celebrated as California Poppy Day. 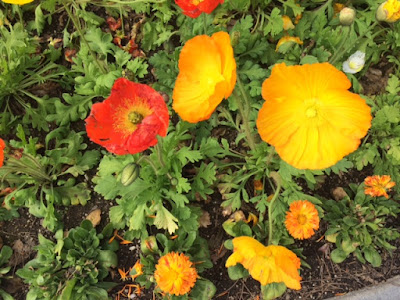 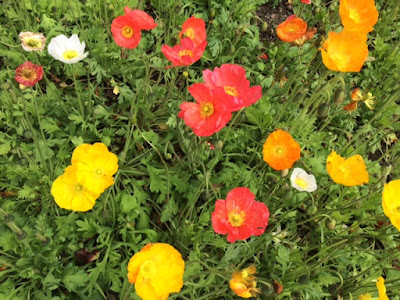