Our route took us through another section of Custer State Park. J.J. called them “hairpin turns” as roads made a sharp "u" then another "u" under bridges. There were also several low ceiling tunnels giving Honu less than a foot of ceiling. 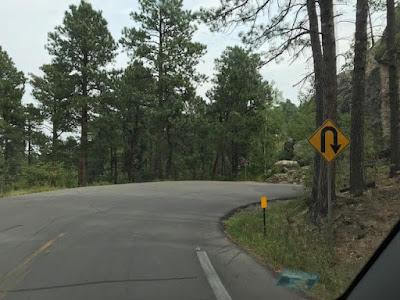 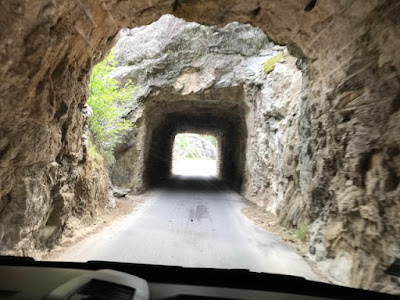 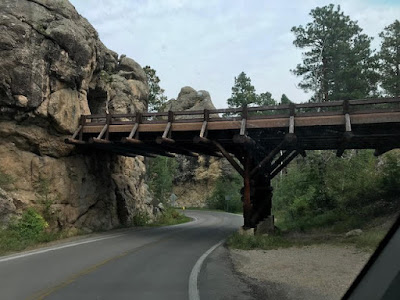 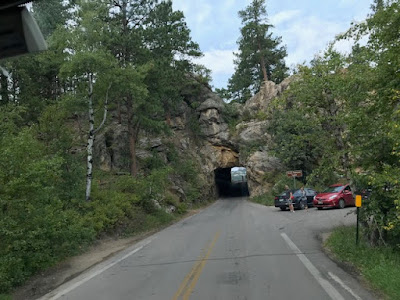 The unexpected reward was a direct view of Mount Rushmore Monument Mountain as we came out of the last tunnel. 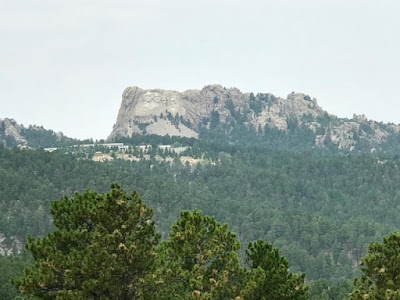 Back in Rapid City. Unable to find any restaurant in downtown with parking large enough for Honu, we ended up at Flying J gas station at a diner catered to truckers:-). Interesting choice: J.J. had cheese burger with ham and beans soup. I had cheese burger with no bun. I was also served cheese and hamburger soup!  A half spoon was sufficient to satisfy my curiosity. Luckily, J.J. found my soup to his liking and he had it packed for dinner. 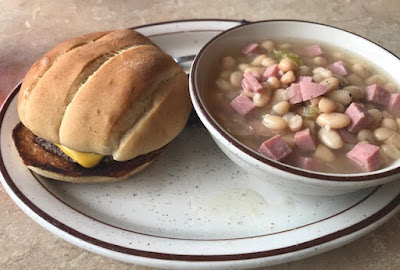 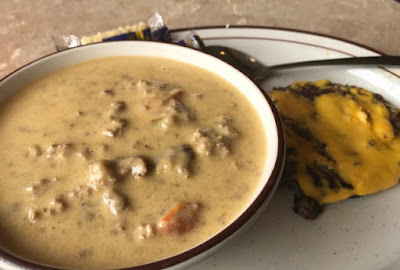 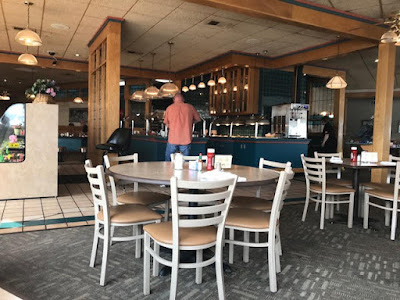