Today we arrived at the Grand Cayman.  But before starting on our adventure, we had a nice breakfast on board ship. Here is the wonderful group of people who comprised our breakfast party.

Don and Pat, married for 54 years, are from Arkansas. 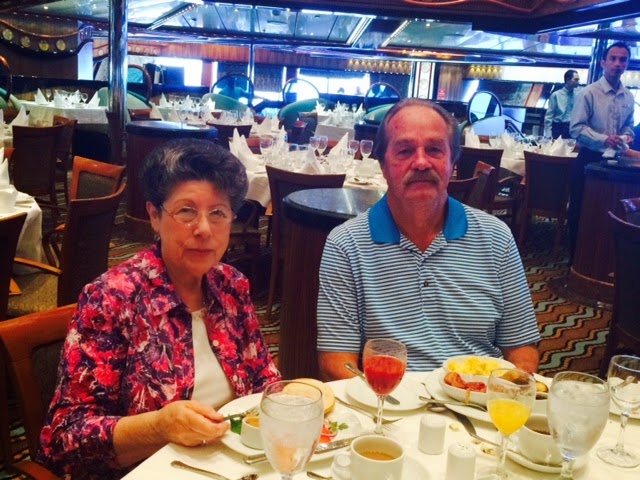 Alivia and Paul who gave us information about RVing including staying at the Corp of Engineers properties were from Texas. 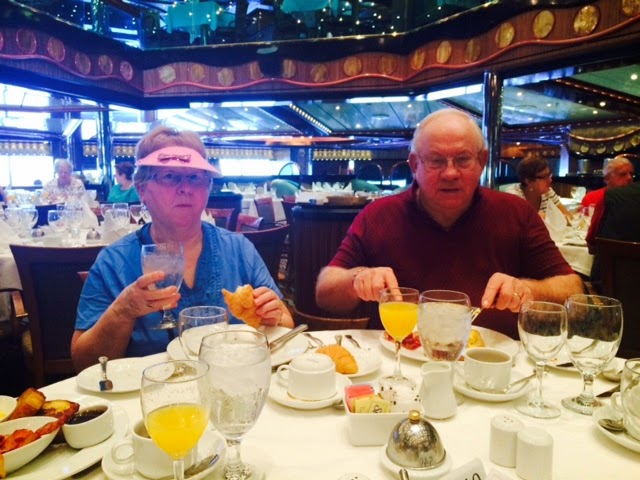 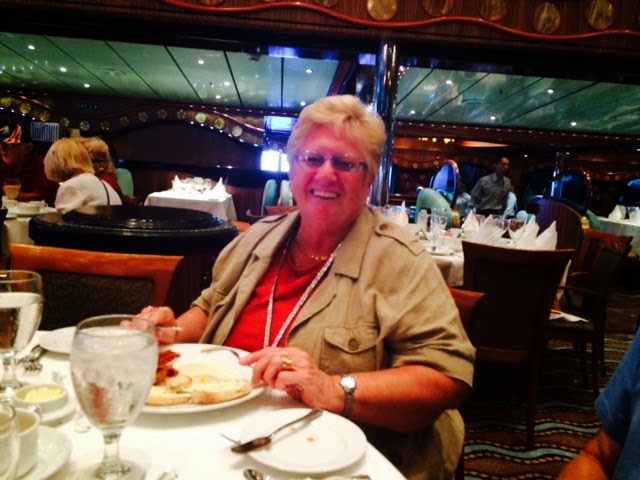 We rode on a tender to the shore of Grand Cayman. 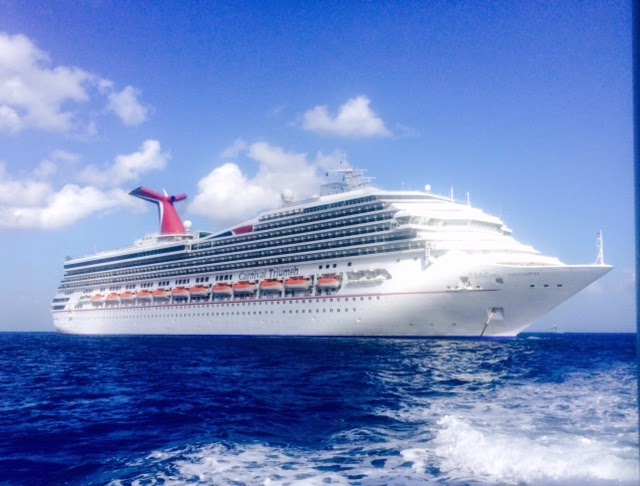 There were a total of five cruise ships in port with passengers all rushing to find their pre-booked tours. 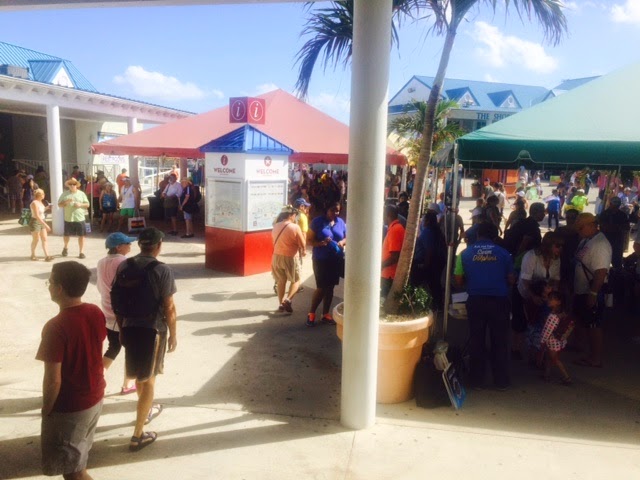 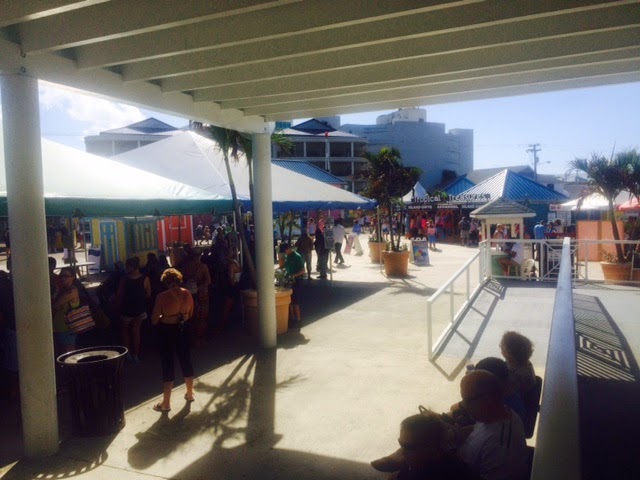 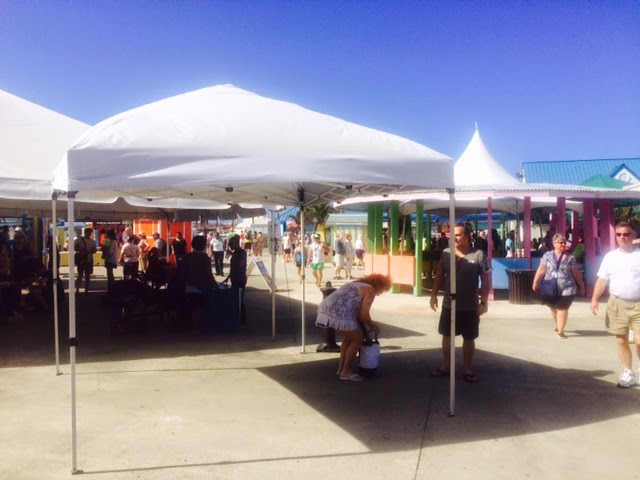 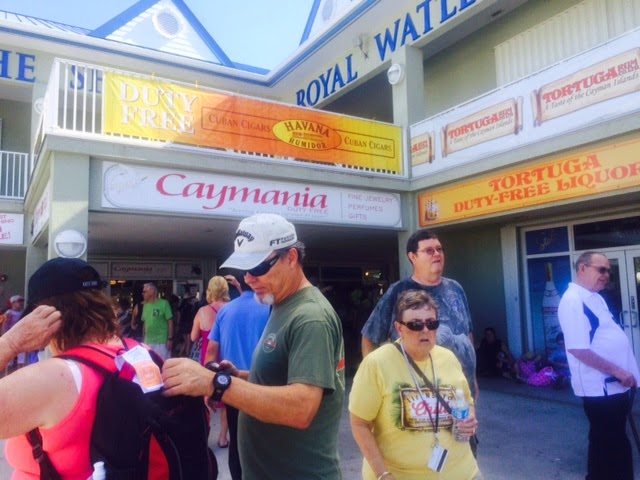 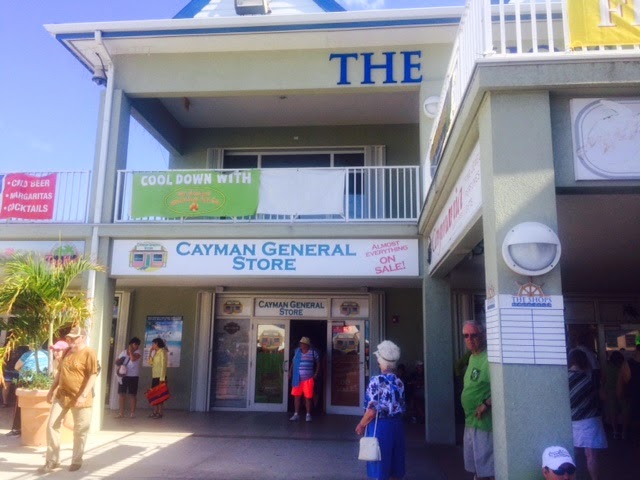 J.J. and I decided to do our own tours. First we found an operator who would take a group of us to the "Seven Miles Beach". The round trip ride was $8 per person. To enter the private beach club to access one of the best white sandy beaches was $2 per person. The beach is beautiful but too hot and too many people. It was not to our liking. 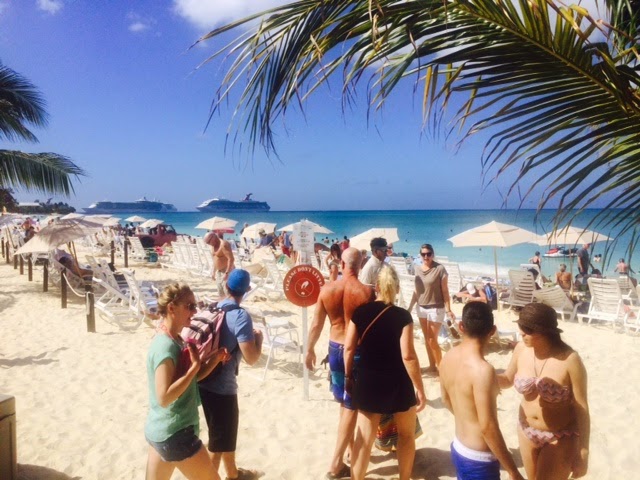 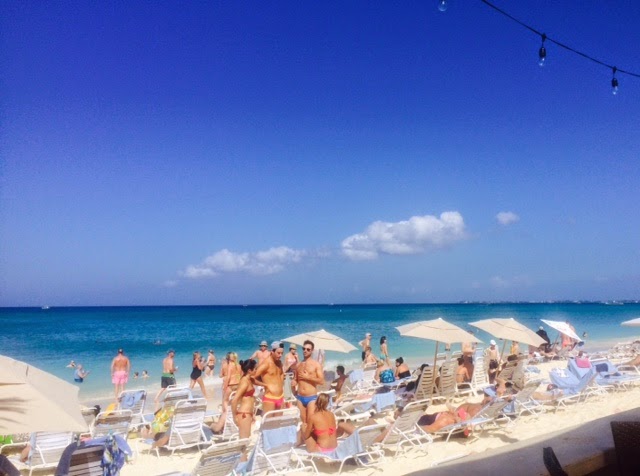 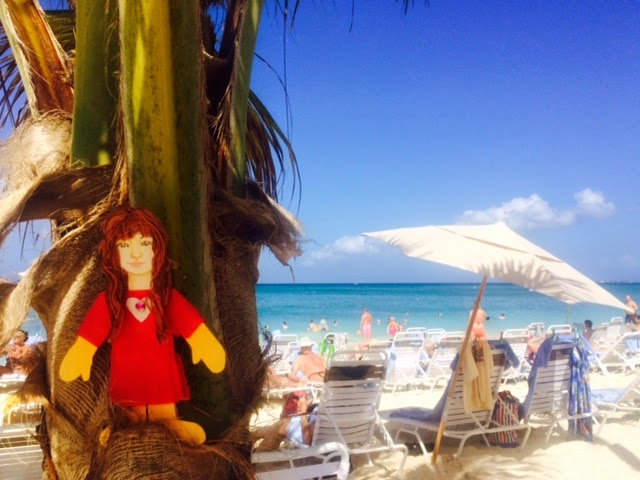 Our attempts to find an island driver brought us to a group of six from Montreal, Canada. Two brothers, their wives and a daughter plus a friend made our island tour very enjoyable and memorable.

Originally from Algeria, the group conversed freely mixing French, Arabic and English. The older brother has been to many parts of the world negotiating purchased of machinery. Highly intelligent and educated he freely shared information and his travel experiences.

No photos of the group was taken in deference to their culture.

Our island tour which lasted a total of 3 hours would have cost us at least $99.99 per person through Carnival.   We paid a total of $56 for the two of us and perhaps we were able to get more up close and personal look of the island. By the way for those of you who are familiar with  Asia, and many parts of the island reminded us the Philippines. 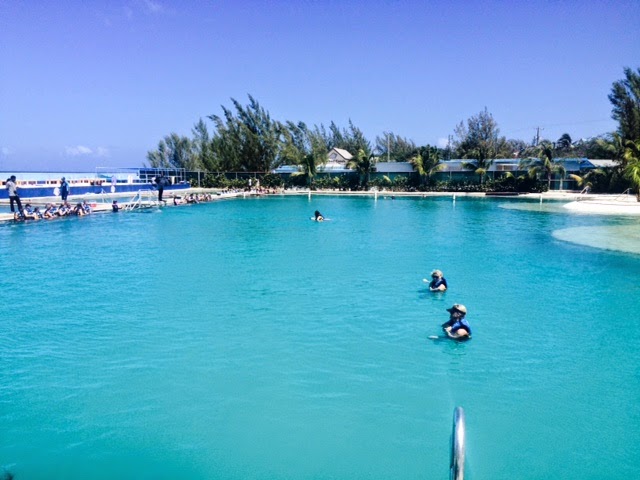 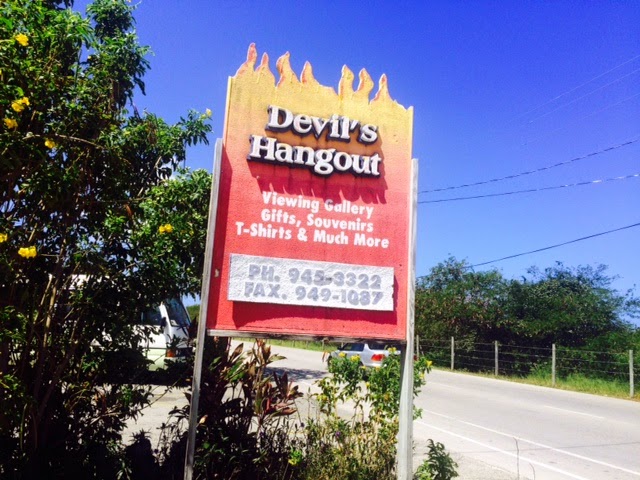 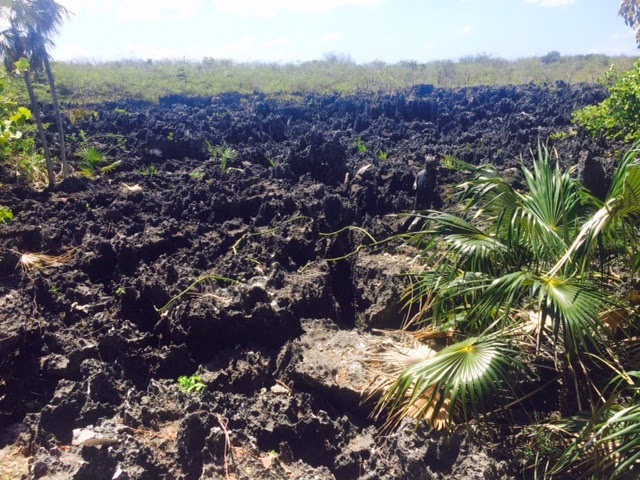 Sights around the city 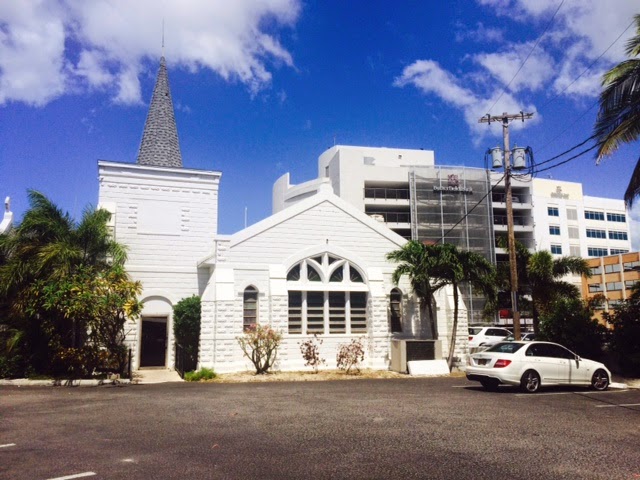 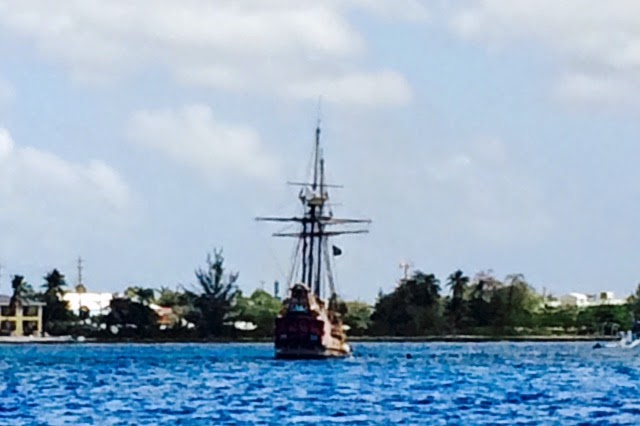 Upon returning back to the Carnival Triumph, we had an early dinner in London Dining Room.

We joined two wonderful couples. Rex and Judith, from Winnie, Texas, also known as "The Tomato People" because they grow tomatoes. 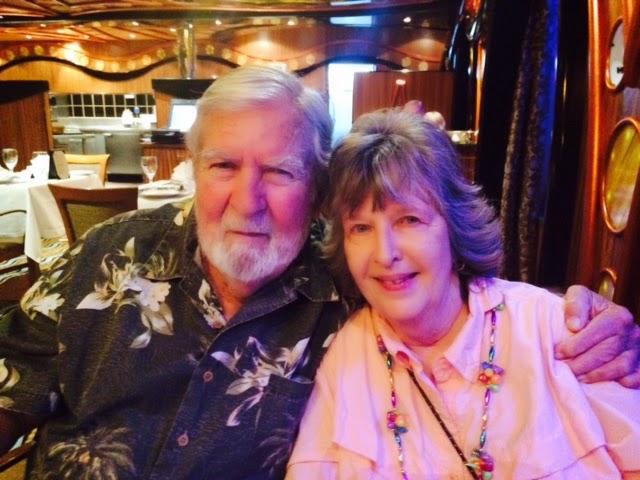 Bruce and Sharon are originally from Minnesota but have been a long-time residents of Phoenix, Arizona. 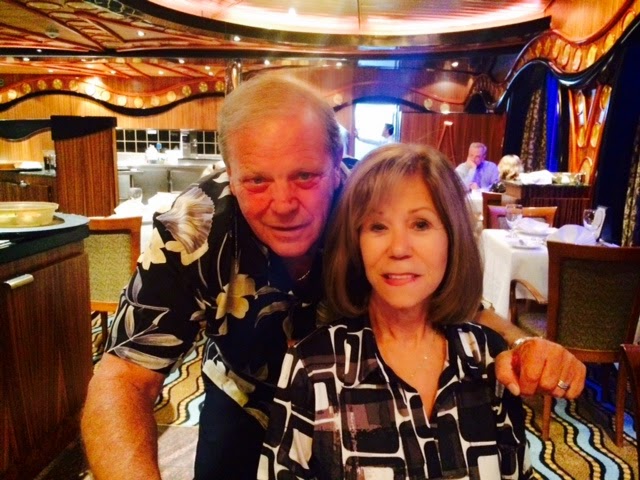