This is the first time since we began our RV adventure that I caught a cold. It is hot during the day and cold at night. Add to that the high humidity in Louisiana. J.J. and I decided to spend one more night at the Riverside RV Park so I can relax and take care of myself. While we not very active today, I was able to do some research on Louisiana.

Louisiana has a colorful history and there were many events that impacted not just the state but the entire nation.The area was thought to have been settled as long as 6,000 years ago by Muskhogean, Tunican and Caddoan indians. Originally colonized by the French in 1803, the United States paid France $15 million for the Louisiana Territory that comprised 828,000 square miles of land west of the Mississippi River. The lands acquired stretched from the Mississippi River to the Rocky Mountains and from the Gulf of Mexico to the Canadian border. Thirteen states including Louisiana were eventually established. The Louisiana Purchase nearly doubled the size of the United States.

The dark brown area shows the territory acquired through the Louisiana Purchase.

Louisiana was named in honor of King Louis XIV.

"Mardi Gras" is celebrated in New Orleans. Celebration of food and fun just before the 40 days of Lent, a Catholic period of prayer and sacrifice.

The Battle of New Orleans, which made Andrew Jackson a national hero, was fought two weeks after the War of 1812 had ended.

The brown pelican is the state bird. 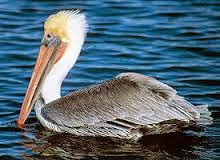 Louisiana has the tallest state capitol building in the United States; the building is 450 feet tall with 34 floors.

Louisiana is the only state in the union that does not have counties. Its political subdivisions are called parishes.

Metairie is home to the longest bridge over water in the world, the Lake Pontchartrain causeway. The causeway is 24 miles long and it connects Metairie with St. Tammany Parish on the North Shore.

The Saint Charles streetcar line in New Orleans and the San Francisco cars are the nation's only mobile national monuments.

The crawfish is Louisiana's state crustacean.

Breaux Bridge is known as the "Crawfish Capital of the World".

Magnolia is the state flower.

Tourism is a major Louisiana industry employing over 87,000 workers.

Agriculture is another major industry producing rice, cotton and soybeans.