The on board ship brochure describes Santa Marta as "sitting at the foot of the world's highest coastal mountain range, the towering Sierra Nevada de Santa Marta with spectacular views." Therefore we were disappointed that what greeted us was a very dry, brown landscape, with day-time temperature at 93 degrees and a high humidity.

The city itself was quite interesting. 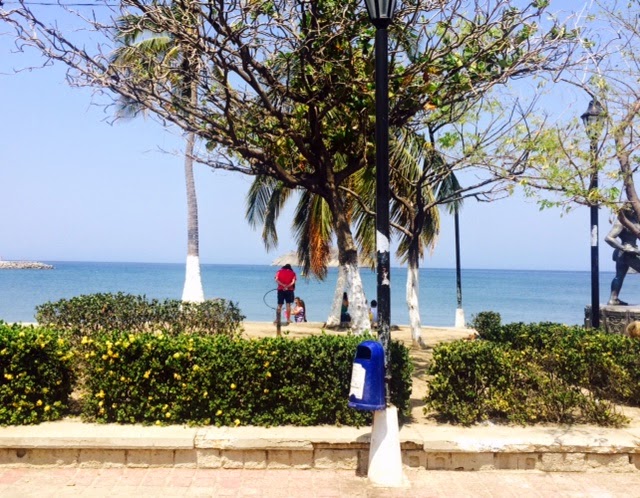 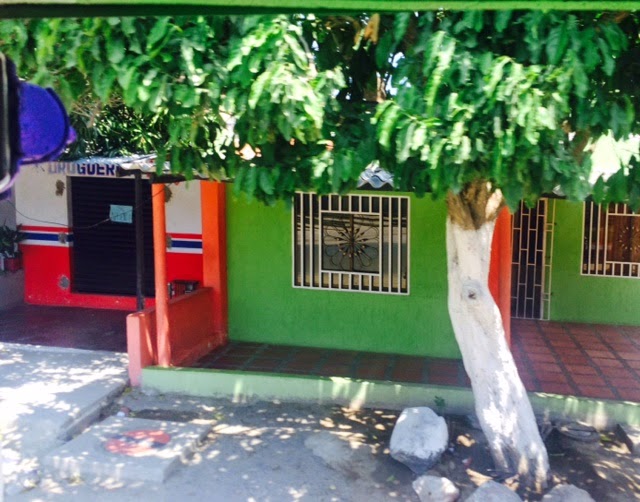 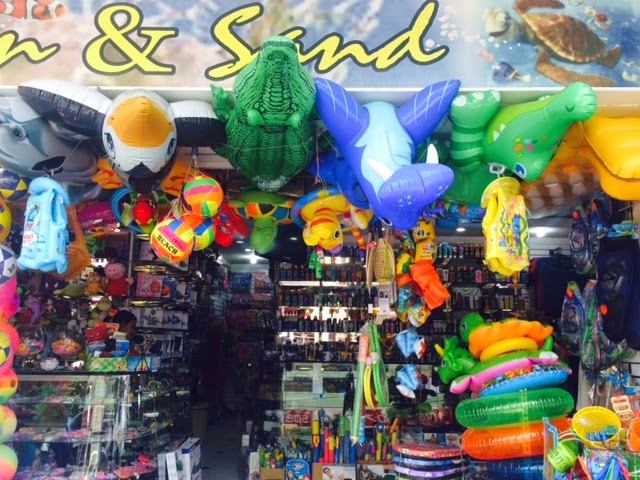 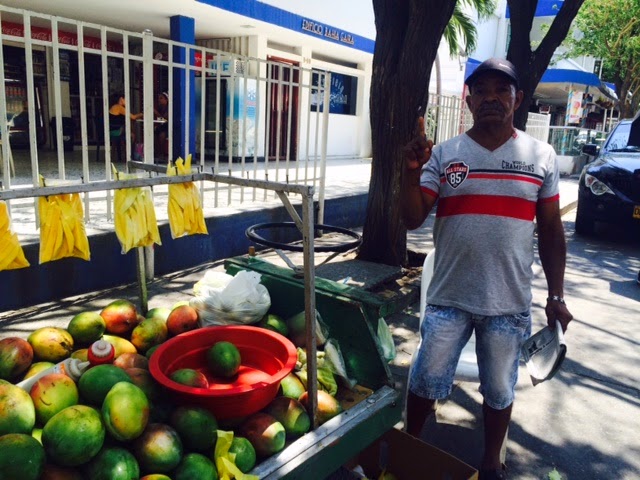 Our day's adventure was taking a truck converted into a "tourist" transport. Being the "younger ones," we were invited to climb into the front seats next to the driver. There was no real step ladder so J.J. and I climbed up using a hand rail and taking huge steps up and down. It was hot and the ride was bumpy, but the locals were very kind and helpful. For some fellow cruisers, they were "shocked" about paying to use a toilet but we willingly paid US$1. 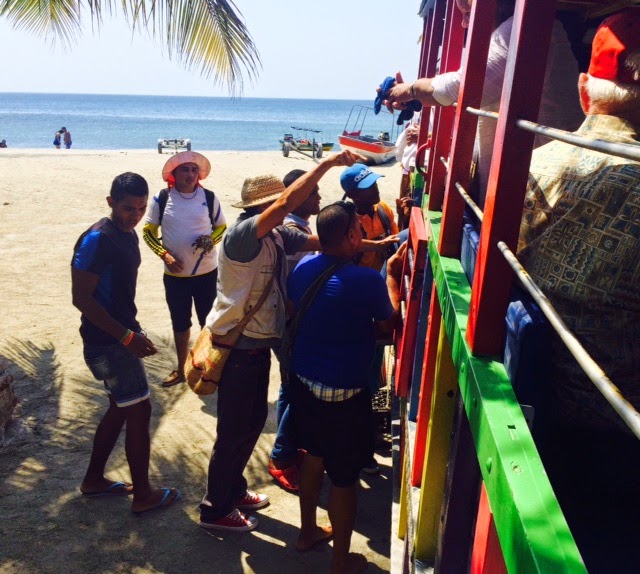 Views of the city 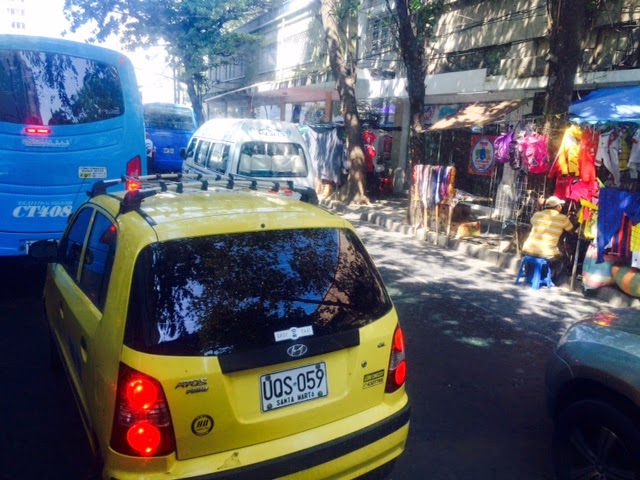 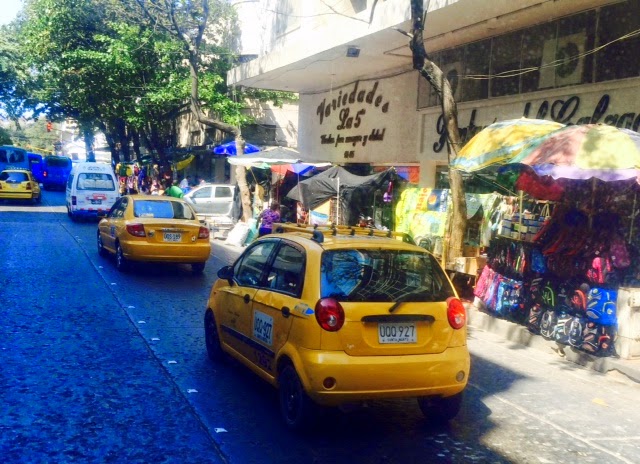 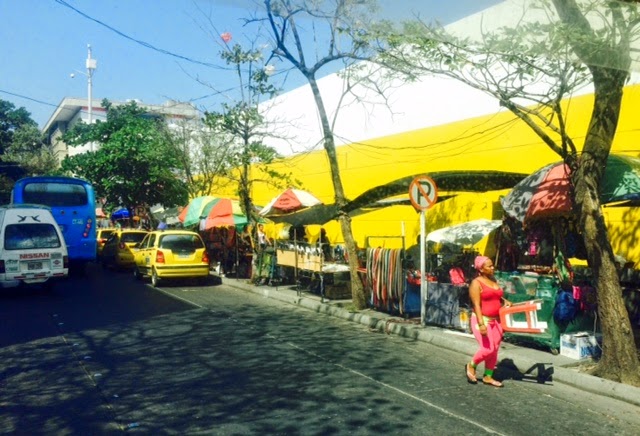 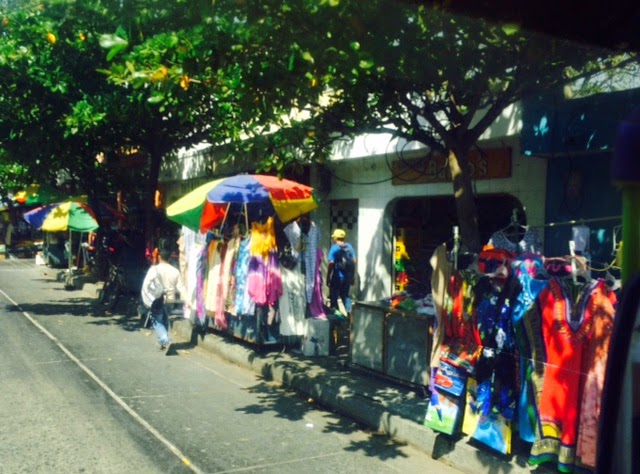 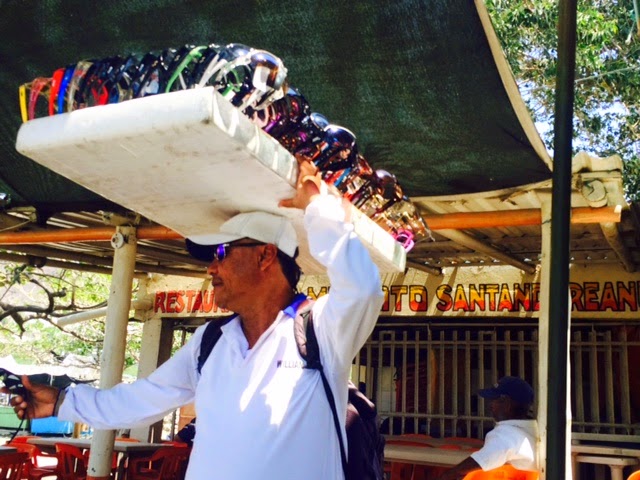 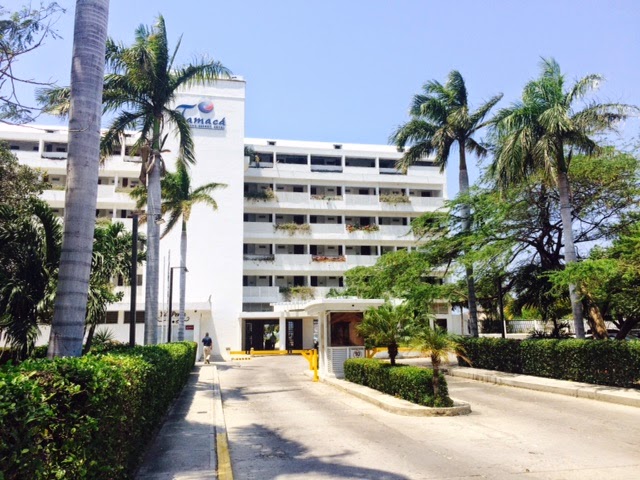 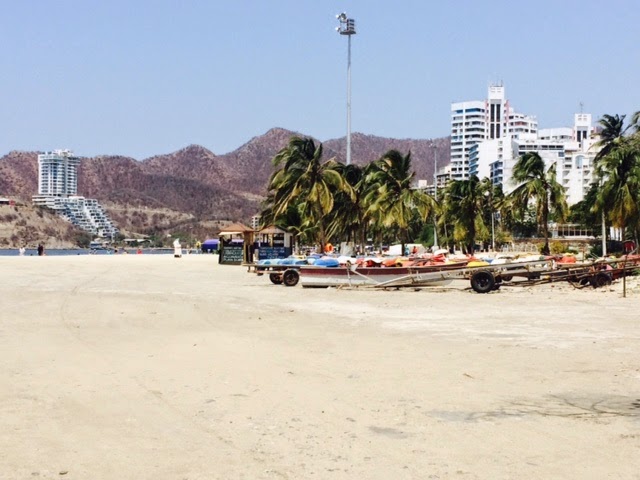 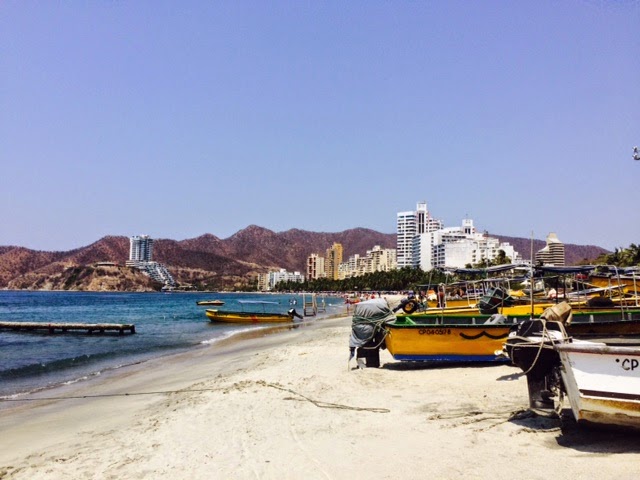 Fresh catch of the day 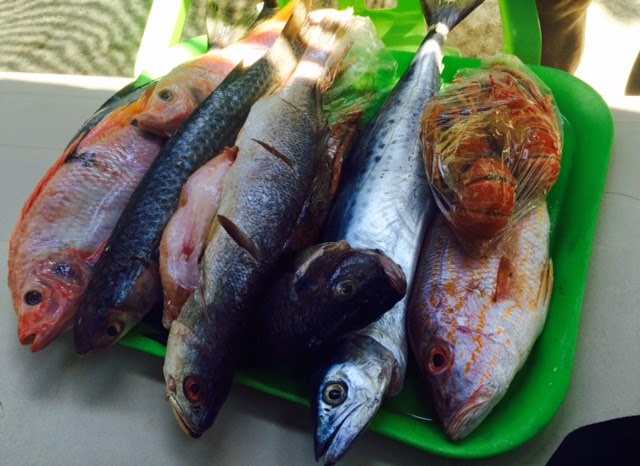 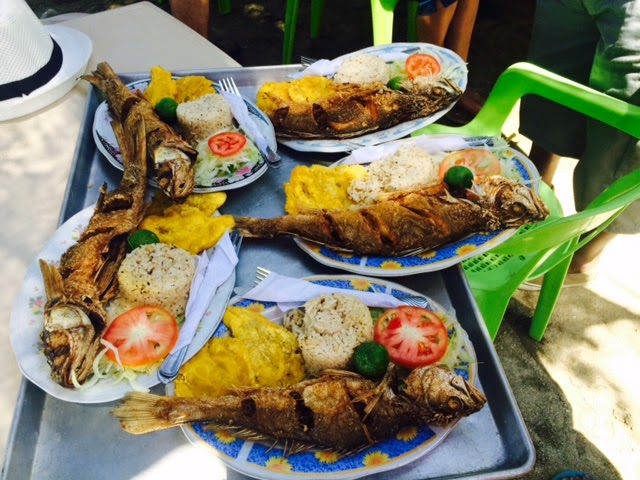 Breakfast with Heddy and Rick from Vancouver, British Columbia, Canada. 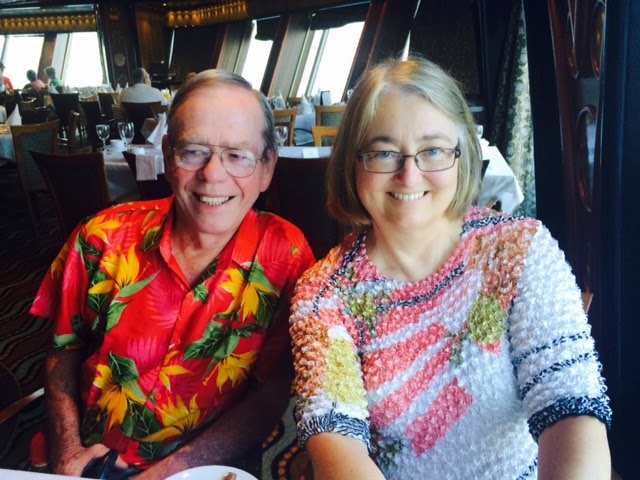 Here is Lidiya from Serbia who was helpful in trying to assist Bruce in getting transportation out of the port area. Lidiya speaks 5 languages including English, Serbian, French, Spanish and Japanese, the latter she studied at university in Serbia. Lidiya apologized that since not many Japanese cruise with Carnival, she has not had a chance to practice the language. 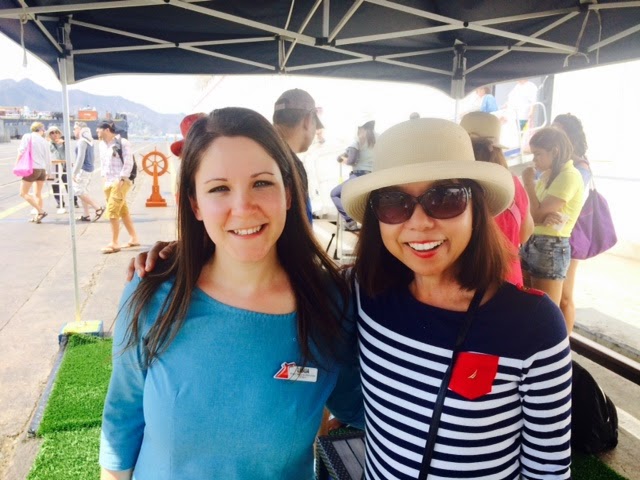