Aloha Everyone,
Bonsai is a Japanese art form. Miniature trees are grown in a tray or shallow pot. At close-up, these miniature trees resemble fully-grown trees. 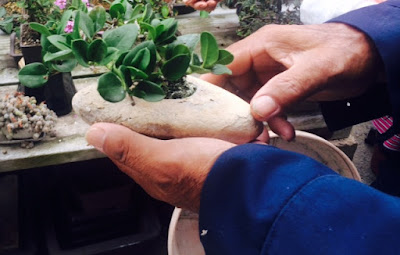 My Mother has been cultivating Bonsai for nearly 45 years. She became interested when she was still working as a fashion designer. She told me that when she found herself stuck in coming up with new ideas, she would turn to working on her Bonsai trees. They gave her a place of solace, calmness and total focus on something other than her work. When she began studying shamisen, a Japanese string instrument, she also turned to bonsai to find respite and relaxation from her practice.
The bonsai club she belongs to meet once a month at one of the member's house. They gather to work on a bonsai tree, teaching and learning from each other. 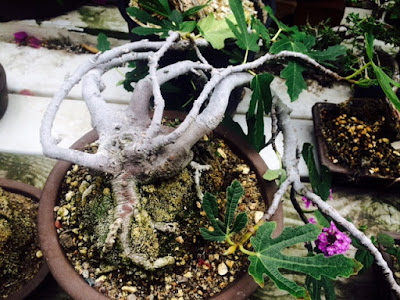 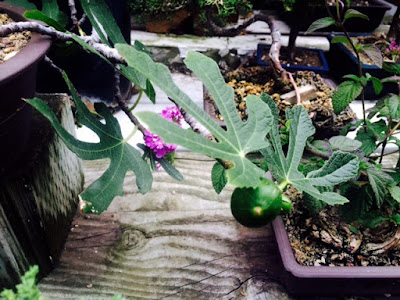 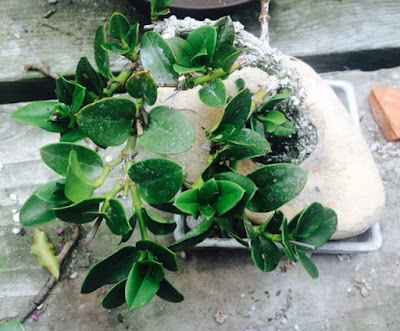 The group I was introduced was cordial, fun-loving people who have immense patience and passion for creating bonsai. Bonsai is a continuous process. My Mother confided that one of her bonsai trees died even though it was being watered while she was in Japan last May. One of the gentlemen thoughtfully mused, "Bonsai and travel do not mix well."
From left to right, Mr. Kimura, my Mother, Mr. Maeda and Mr. Takehara. 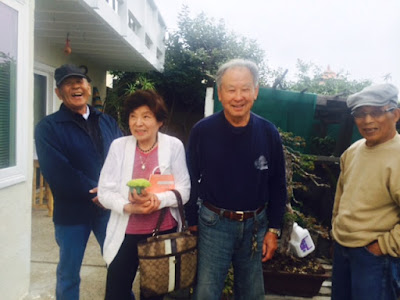 It was too difficult for me to photograph individual bonsai trees. So instead, I took some photos of "suiseki" ancient art form to appreciate natural rocks. 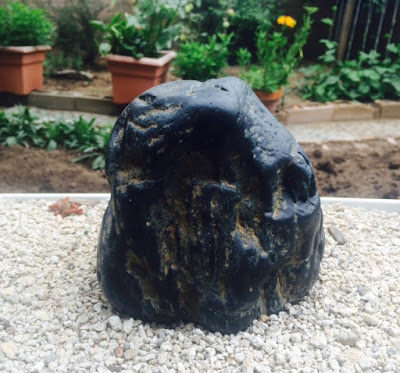 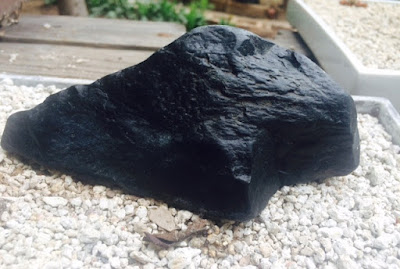 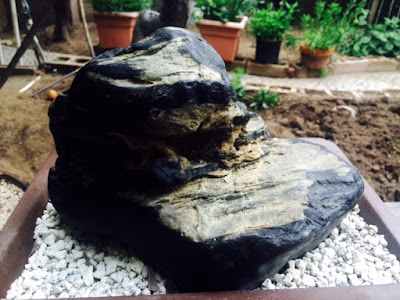 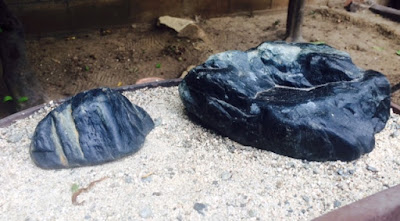