Hillcrest is located in northwest of Balboa Park and south of Mission Valley.

Every Sunday, the Hillcrest Farmer's Market is set up with about 175 vendors. This morning J.J. and I went with our daughter-in-law and granddaughter. We parked the car and rode on a free Hillcrest Trolley. It took us about 10 minutes to get to the farmer's market site. 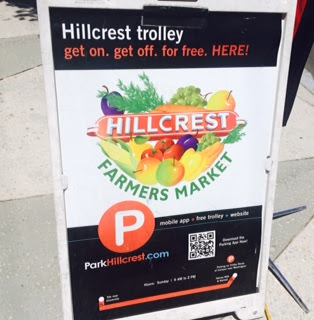 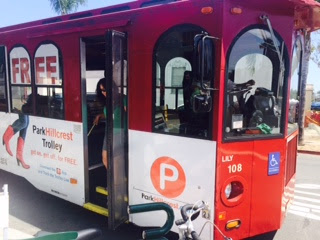 This is one of the biggest and most ethnically diverse farmers markets J.J. and I have visited in the United States so far. There were locally grown vegetables and fruits stands, freshly baked bread and sweets, nuts and coffee. We even saw fresh sea food including such oddity as sea urchin. 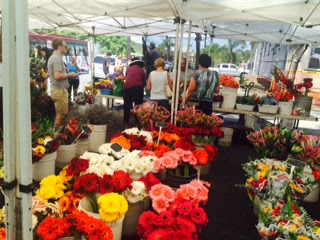 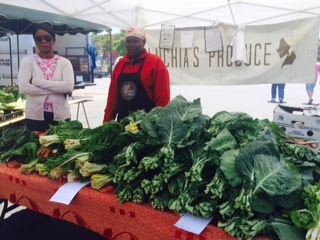 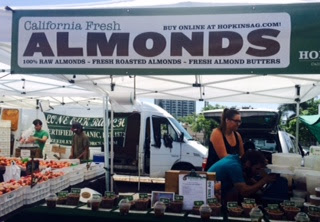 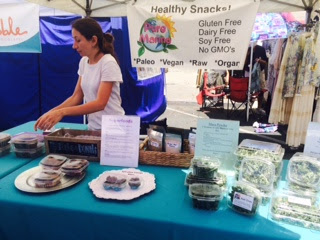 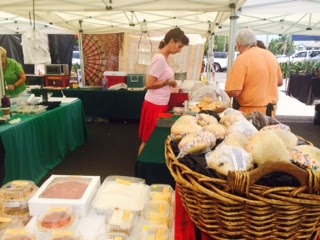 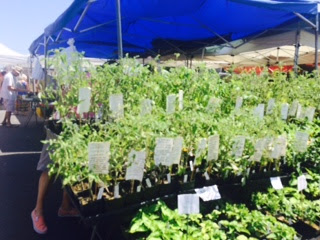 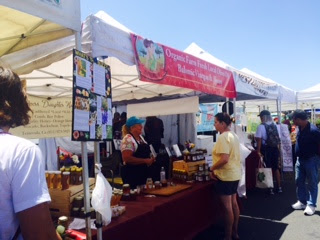 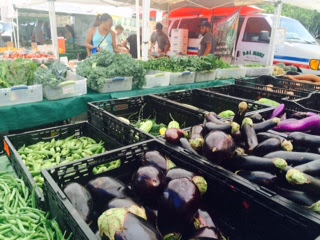 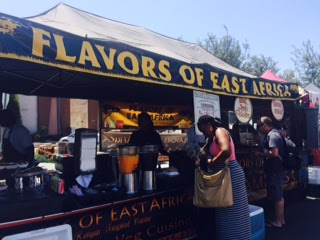 There were also numerous vendors offering prepared foods that are served hot. Many were very enticing that it was difficult to decide on what we would like to eat.
If one did not have an appetite for eating, then there were vendors selling arts and crafts. They even had live musical entertainment. 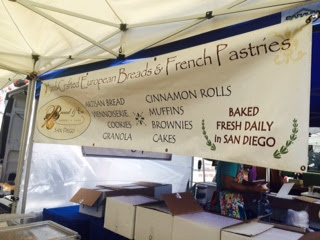 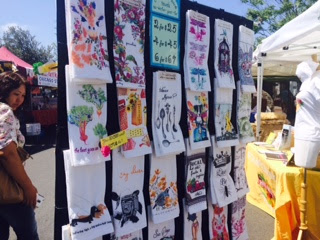 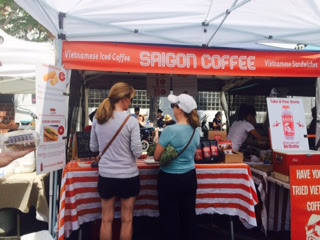 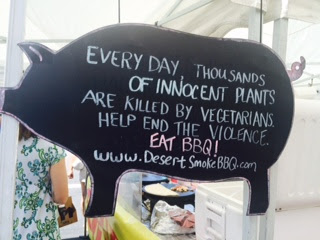 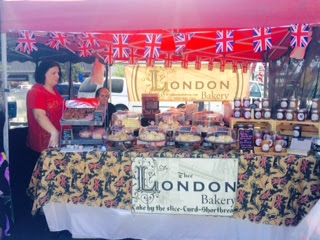 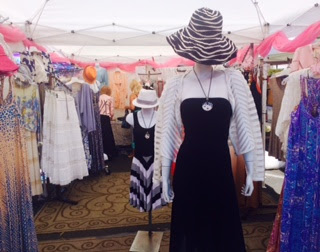 The Nine Whole Grains bread made by Charlie's Best Bread we purchased from Austin is tasty and sumptuous. It is heavy and dense, the way good "homemade" bread should be 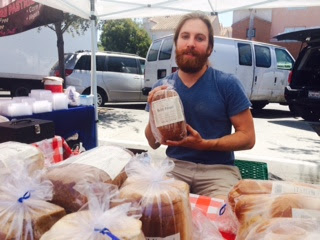 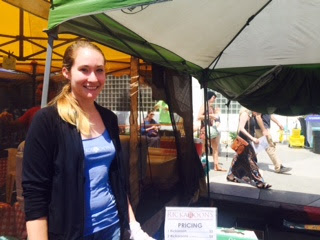 From Jeanluc, we purchased authentic French croissant. Jeanluc told us that he misses his hometown, Paris, when he is in San Diego, but longs for San Diego when he is back in Paris. 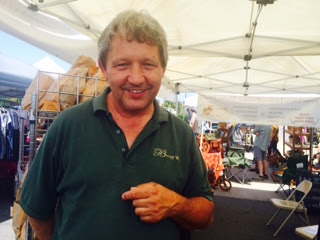 A few hours we spent was not enough time to see and appreciate everything the farmers market has to offer. By noon, it was crowded and there were at least 2-3 layers of customers at most of the popular booths.
If you are in the San Diego neighborhood, I highly recommend at least to spend one Sunday morning.
Aloha -- Cathi