Activities With My Granddaughter & Jon Kabat-Zinn

During our Sunday hike, my granddaughter asked if we could play an alphabet game. The rule is to come up with a sentence using only the words beginning with a particular letter.

I think our favorite one is for letter "I".

I must give credit to my son who contributed two of the words. 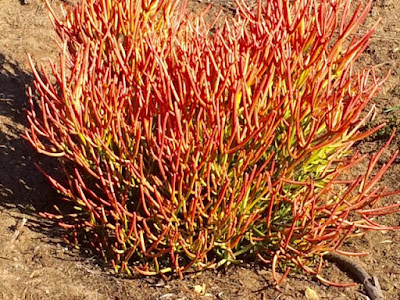 The second activity was tonight she wanted to prepare for her upcoming Tang Soo Do belt-testing requirements. She showed me 6 sheets of typewritten words which contained approximately 50 phrases in Korean.

I suggested making cue-cards as I find it an effective method to learn foreign languages. By the time the cue-cards were completed, she realized that she already knew at least half of the phrases.

Middle knife hand block in a front stance.
"Choong Dan Soo Do Mahk-ki"
They all sound "Greek" to me but I promised her that I will try to study them so that we can speak Tang Soo Do Korean the next time we are together.

Books are found all around the house. The family is voracious readers. I had a chance to finished two of Jon Kabat-Zinn's books: Full Catastrophe Living and Wherever You Go There You Are 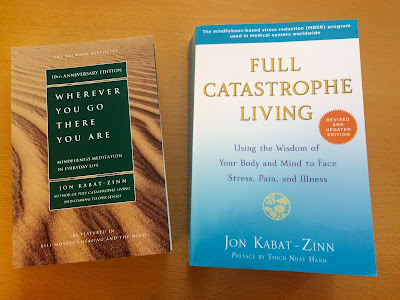 Jon  Kabat-Zinn is best known as the creator of the Stress Reduction Clinic and the Center for Mindfulness in Medicine, Health Care, and Society at the University of Massachusetts Medical School

For dessert we shared a slice of Princess and triple chocolate mousse cakes.