The Lake District, also known as Lakeland, is located in the county of Cumbria in the Northwest part of England. The area is popular for weekenders and vacationers as a holiday destination. 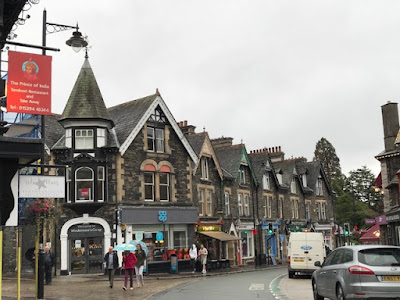 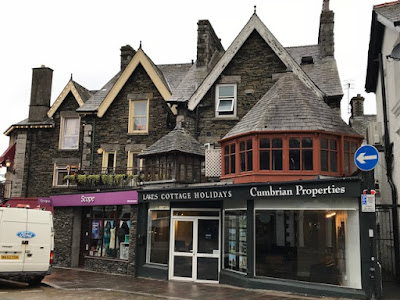 The Lake District National Park was established in 1951 and covers an area of approximately 912 square miles. It is the most visited national park in the United Kingdom with 15.8 million annual visitors. 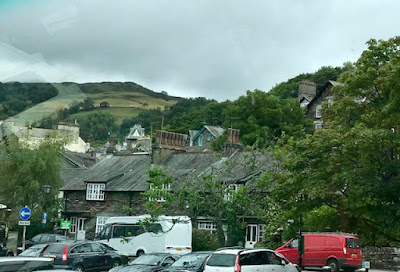 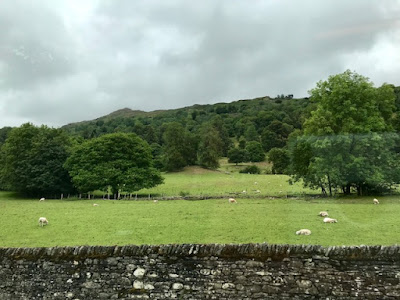 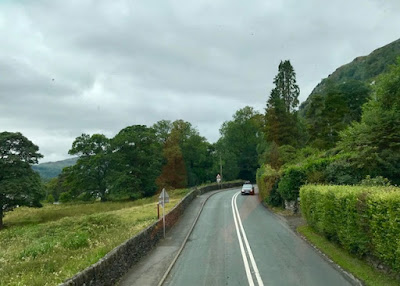 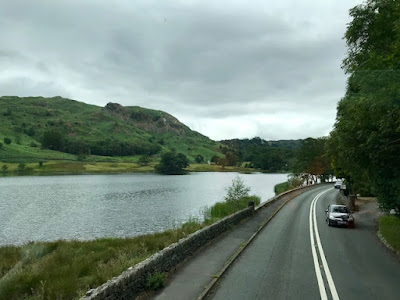 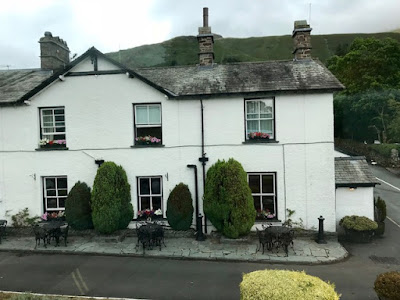 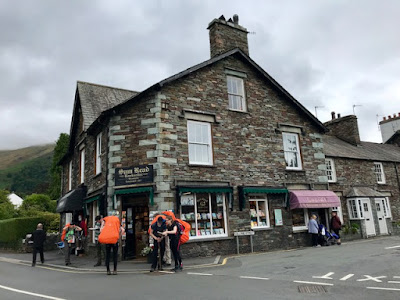 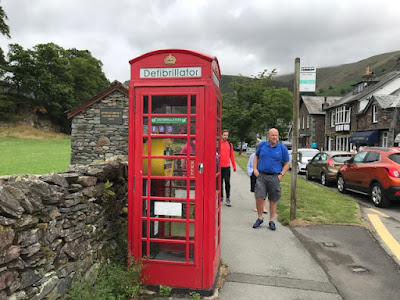 J.J. and I decided to get an all day bus tickets which allowed us to enjoy the views of lakes, mountain peaks, storybook-like villages and farmlands. Farm boundaries are clearly marked with stacked stone walls.

Our bus drove by buildings associated with William Wordsworth and Bowness-on-Windermere. “The World of Beatrix Potter Attraction” has displays on the children’s writer life. Peter Rabbit dolls are sold everywhere.

It is significantly cooler in Lakeland as all the land within the National Park is higher than 3,000 feet above sea level. 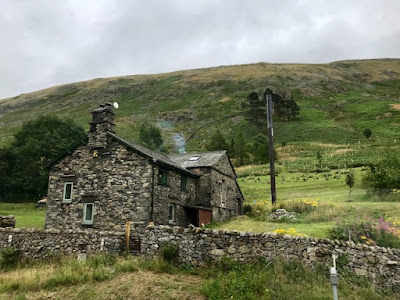 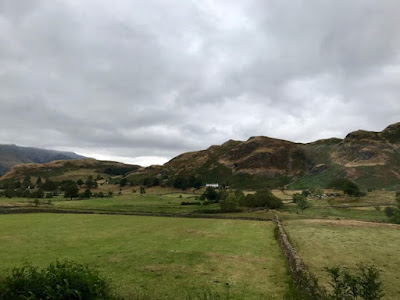 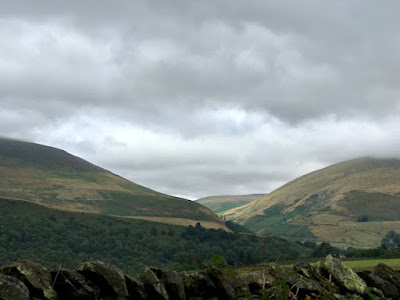 The highlight of the day was seeing the Castlerigg Stone Circle. J.J. spotted the road sign with an arrow pointing north to the stone circle. He asked the bus driver to stop and the two of us hopped off the bus and we started to walk in the direction where the bus driver pointed.

We asked 3 different groups who were walking down the hill. Each gave us encouraging but inaccurate estimates varying from 10 to 30 minutes. The location was 2 miles up a hill. This is one of 1,309 stone circles in the British Isles and Brittany. Built around 3,000 BC, Castlerigg Stone Circle is said to be even older than Stonehenge. 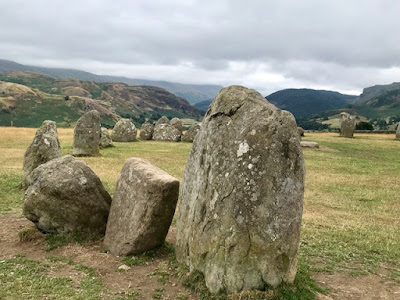 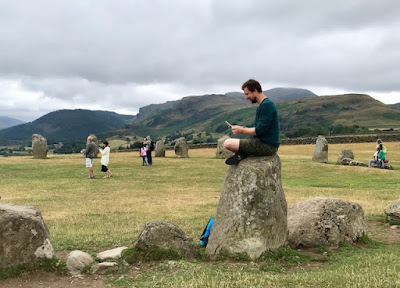 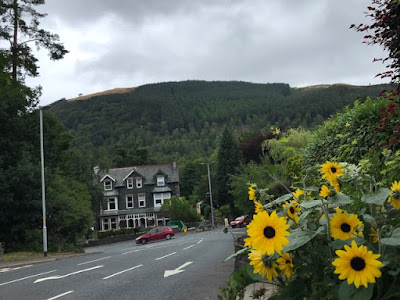