Conwy Castle is considered to be one of "the finest examples of late 13th century and early 14th century military architecture in Europe", and it is classified by UNESCO as a World Heritage Site. 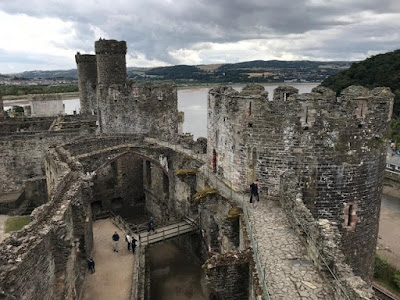 It is a medieval fortification built in a rectangular shape from local and imported stone. This massive imposing castle sits on a coastal ridge which originally overlooked important crossing point over River Conwy. 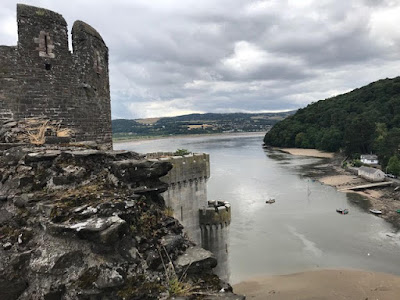 The castle is divided into an Inner and a Outer Ward. Eight large towers and two barbican, the outer defense of a walled city. One of the well concealed gates led down to the River Conwy. This allowed supplies from the sea to be delivered to the castle. 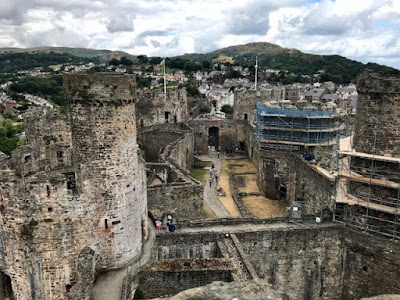 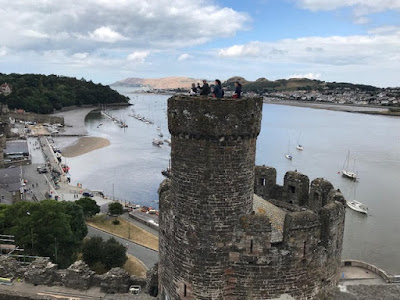 The castle and the wall which began in 1283 and completed by 1287 is an engineering marvel. It cost Edward I £15,000 to build or approximately £45 million in today’s money. That would be about $63 million. 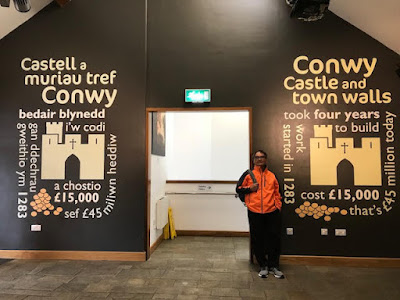 I truly love walking up and down castle towers. One can spend an entire day and not trace your steps unless you get lost. I was able to log 5 miles, 39 floors and 11,145 steps! J.J. does not share my level of enthusiasm about castle exploration. But as always, he is kind and very patient. While I went around  the castle to learn about the history and took photos, J.J. enjoyed conversations with residents. 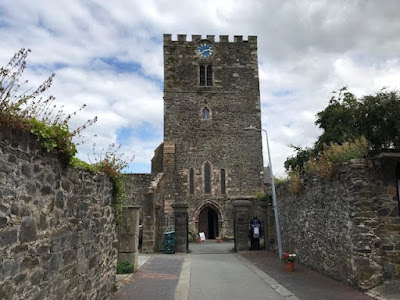 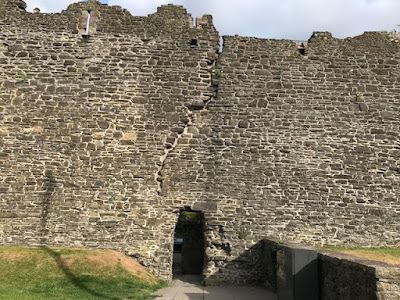 Walking away from Conwy Castle, I looked up and saw all the scaffoldings where renovations are ongoing. Strangely, the castle looked like a condominium building under construction. 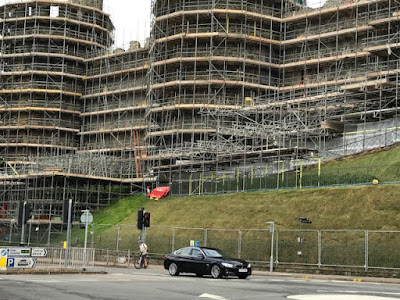 Finally, there were disproportionate number of Japanese flags flying along with Welsh flags in front of business establishment. The reason is that just last month, an accord “twinning” was signed between Conwy Castle and Himeji Castle. Both happen to be UNESCO World Heritage sites and construction began about the same time. The twinning is expected to increase tourism. 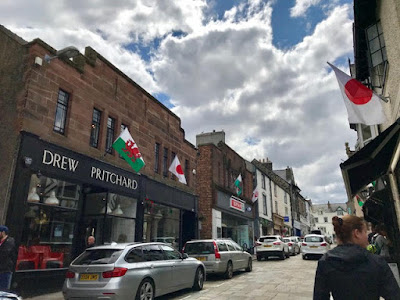 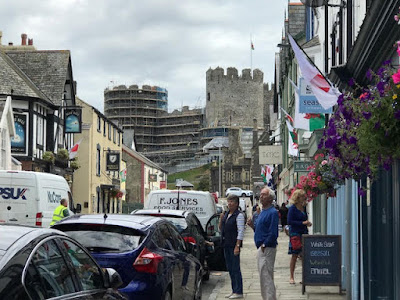