J.J. and I purchased 24 hours tickets from Golden Tours which included bus rides on 5 popular routes, a couple of walking tours as well as a River Thames sightseeing cruise. The cost was £32 each or about US$90 for the two of us. The river cruise made it worth the price. The boat was not crowded and the sea breeze was very pleasant on a humid day. From the guide, we learned some interesting facts about River Thames: 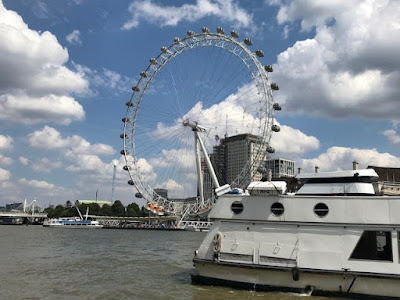 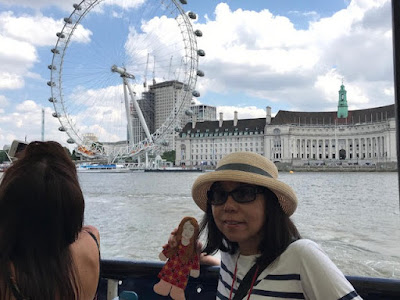 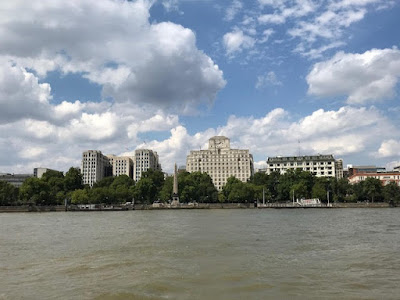 The River Thames length is 215 miles. The source of the river is located in Gloucestershire. This mighty river supplies 2/3rds of London’s potable water. 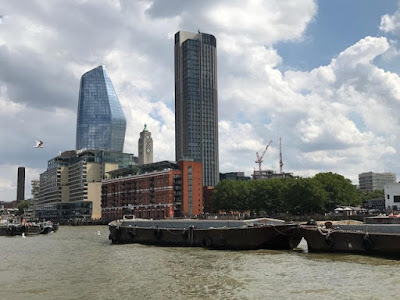 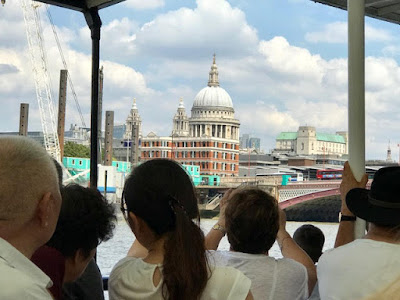 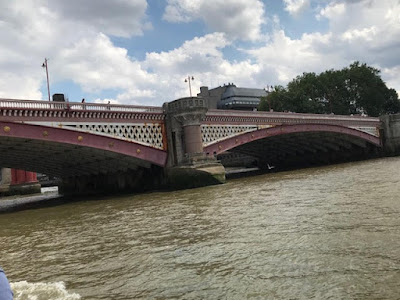 There are over 200 bridges crossing the River Thames and there are a total of 47 locks.The longest bridge to cross the Thames is the Queen Elizabeth II Bridge at 2,660 plus feet. 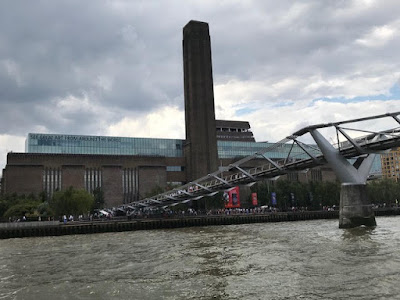 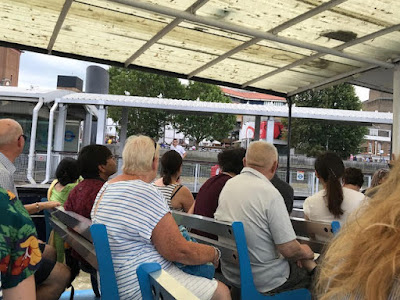 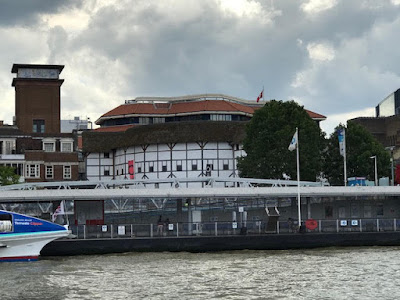 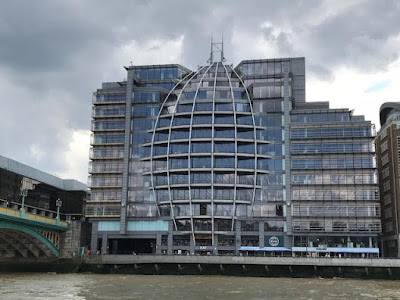 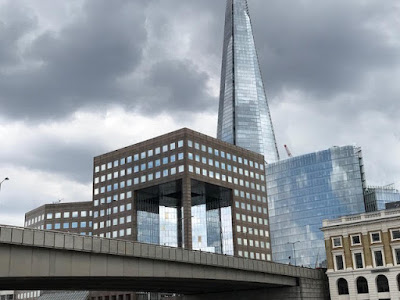 Approximately 125 species of fish live in the river. 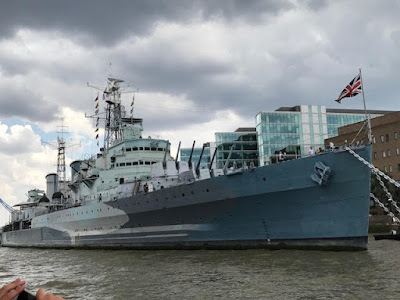 Westminster Bridge is painted green to mimic the color of the benches in the House of Commons. 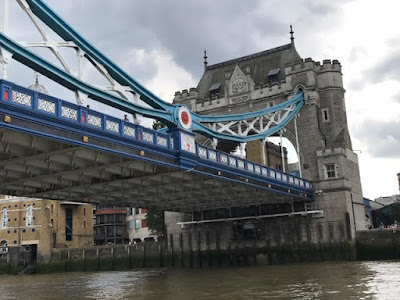 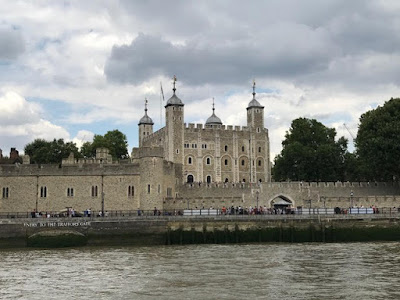 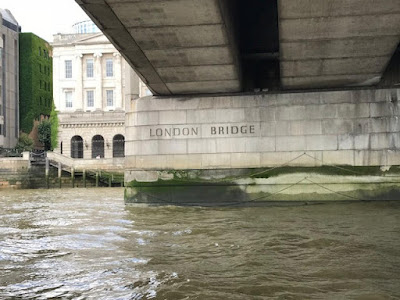 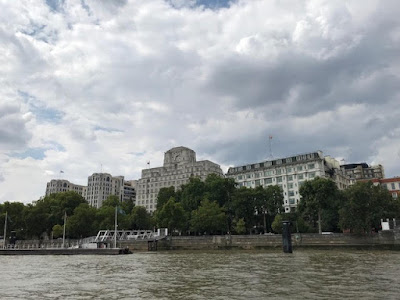 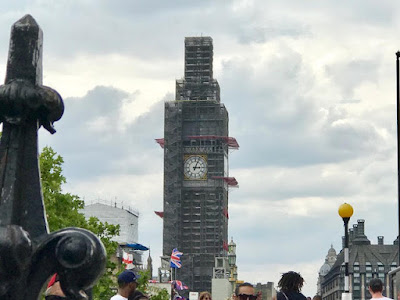 Tour guides made rather strong and unabashed request for tips. As such, we also learned the origin of word of  “tip - to insure promptness”.

In the United States, tipping began just after the American Civil War in the late 1800’s. It started as wealthy Americans traveling abroad to Europe witnessed tipping and brought this rather unusual custom back. Sociologist state that it was to show others - less traveled people - their superiority and sophistication.

Whatever the origin, in most countries, tipping is now expected. Tonight, J.J. and I enjoyed fine dining and noticed it was clearly stated on the menu that the prices shown exclude taxes and tip. For the latter, we were charged an additional 12.8% on the total of our bill, “that is paid directly to our staff.” It seems rather audacious of the management to suggest that customers automatically compensate their staff. It would have been more palatable if the tax and tip were included in the menu prices. The tax or VAT is 20%. The good news is that J.J. truly enjoyed his roasted lamb shank. 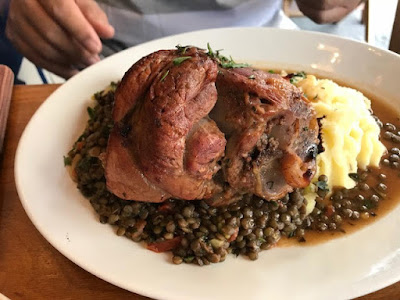 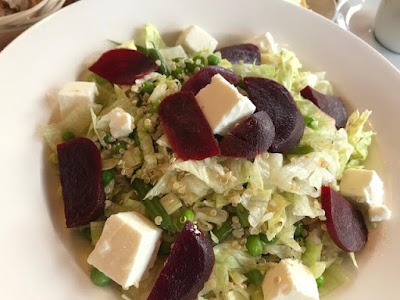