It is still April, but today’s daytime high was 90 degrees. To beat the heat and go on a two miles desert walk, I asked J.J. for an early start. The Arizona-Sonora Desert Museum opens at 7:30 am. 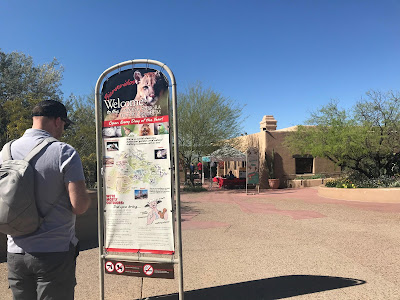 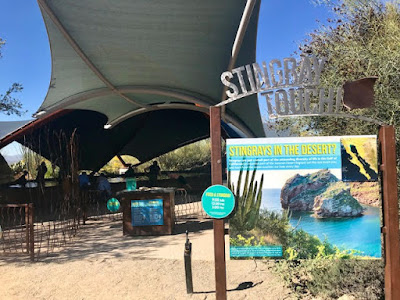 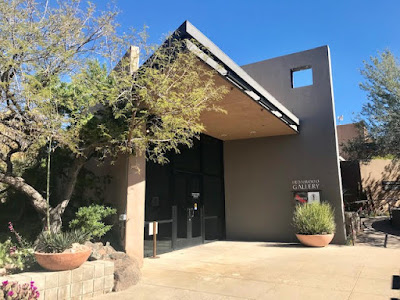 The museum sits on 98-acres well-maintained land within a state park. It is home to an aquarium, aviaries, zoo, botanical gardens, art gallery, art school, etc. I originally thought allocating a couple of hours was sufficient. But, once I paid the $20 entrance fee and received a map with a quick orientation from a volunteer, I ran back to Honu to let J.J. know that I would need at least one additional hour. 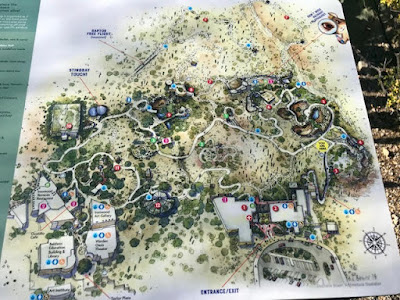 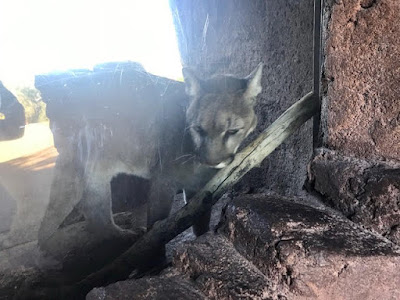 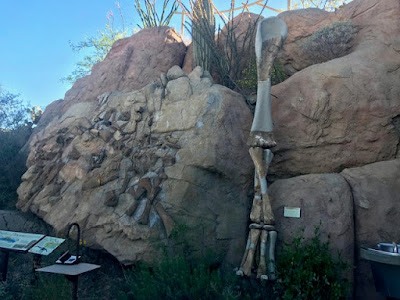 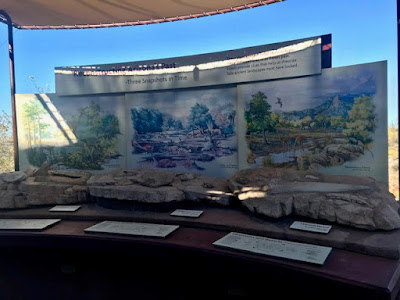 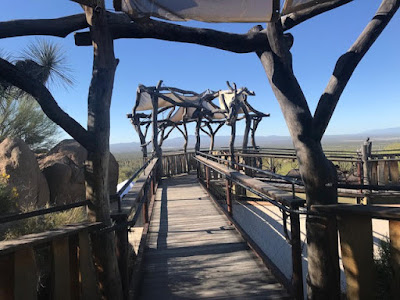 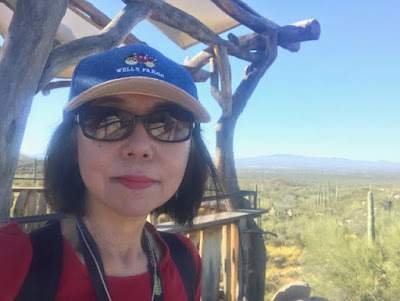 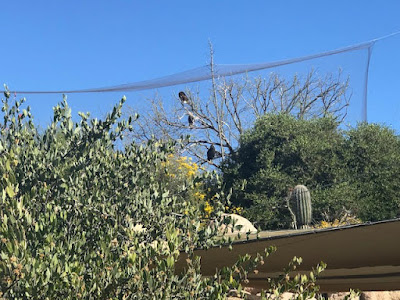 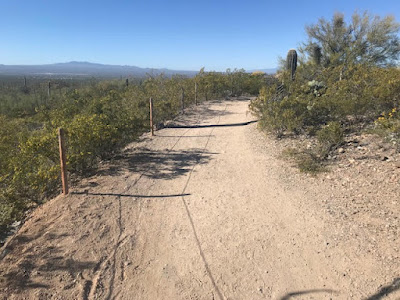 Children’s excited high pitched squeals are good indications that they spotted something. They were Javelinas. Two little boys about 3 and 4 were with their affable and very patient Dad. I heard their chatting about four little pigs. Javelinas are not pigs. They are a type of Pecary and they are squat, big and you can smell them before you see one. Javelinas share common ancestry with pigs and hogs but they evolved in the New World.  They adopted to the harsh, dry desert environment. Pigs and hogs, according to a volunteer, are from the Old World. 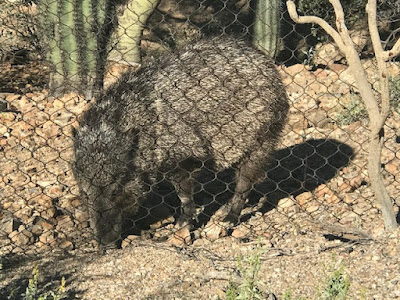 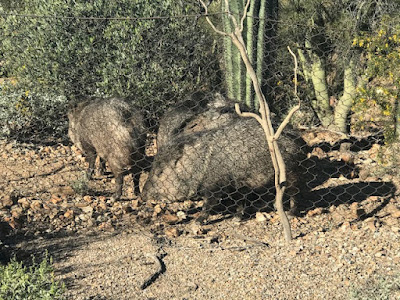 Coyote, in some Native American legends are known as “God’s Dog” was another high point of the desert trail. I was ready to count the photo I took of the statue of coyote as my sighting when the friendly trio reappeared in my path.  When I replied negative to the father’s “Did you see the coyote?”, the boys eagerly led the way to show me. The animal was asleep under a tree which most visitors missed.  The boys enthusiastically called out, “Here doggie, here doggie!” 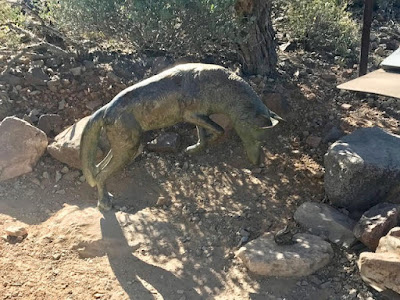 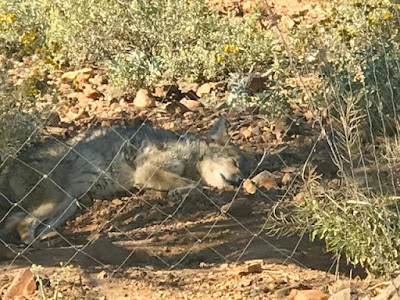