Our one-day excursion to Ingapirca was awesome. We began our journey by making a stop at the Saturday Animal Market. 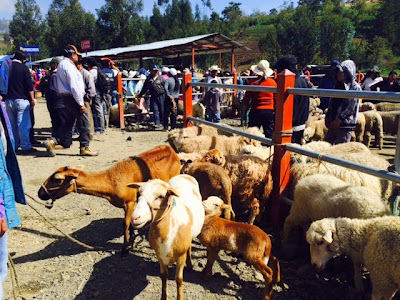 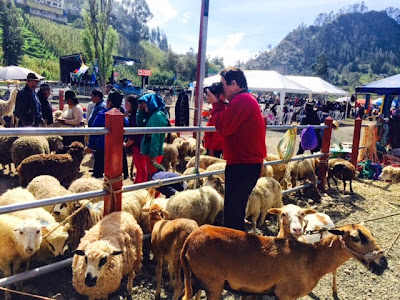 There were cows and calves, pigs and piglets, sheep and ewes, llamas and baby llamas, donkeys, ducks and chicken, all changing hands either in barter mode or for cash. 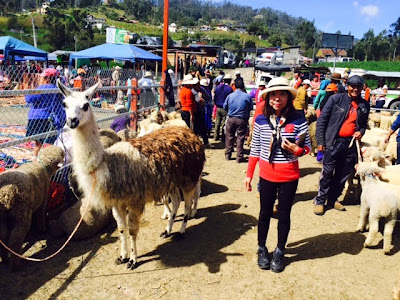 Do you know that when piglets cry they make sounds of human babies? I've never been so close to so many farm animals. When a goat tried to nibble my shoe string and my skin began to itch, I knew it was time for me to return to our car. 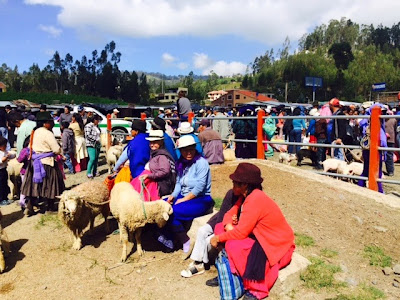 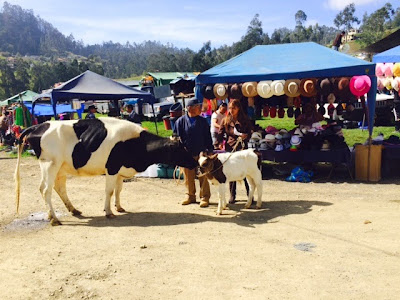 Located in Cañar Province, Ingapirca is the largest known Inca ruins in Ecuador. Sandra was our tour guide, and we were joined by Neil and Kirsty and Zack. Sandra stated that we should be all open-minded and willing to learn something new. 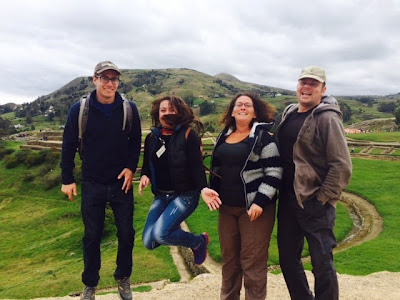 Sandra explaining to us about the Cañari Calendar. It was found to be very accurate. 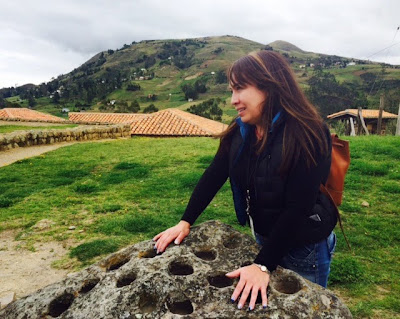 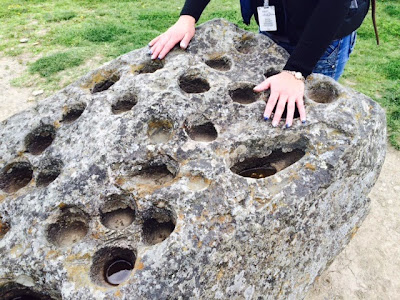 The Temple of the Sun built by the Incas. 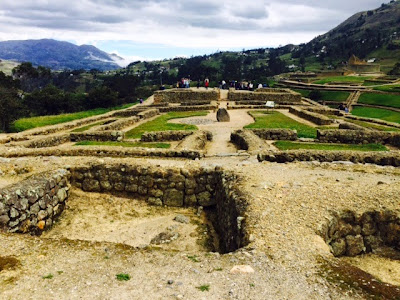 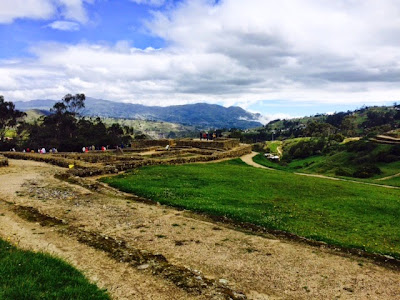 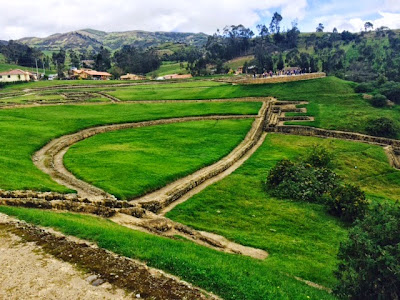 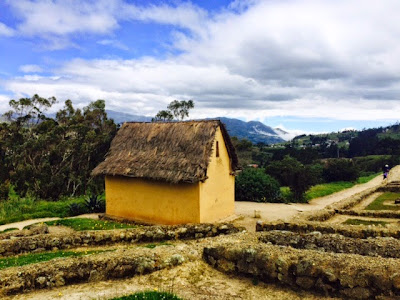 The Cañari indigenous people had settled in Ingapirca a long before Inca's arrival. Encountering challenges in conquering the Cañaris, the Inca established a political alliance by marrying the Cañari princess. 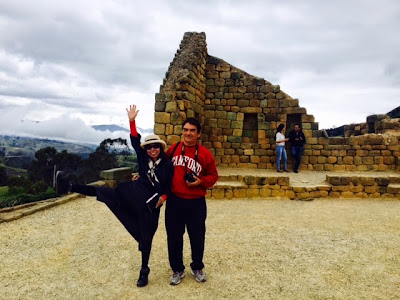 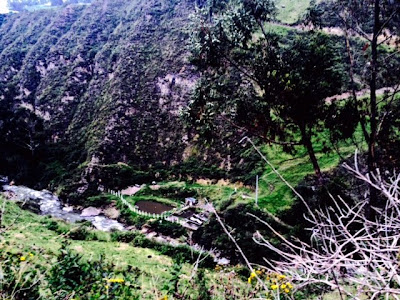 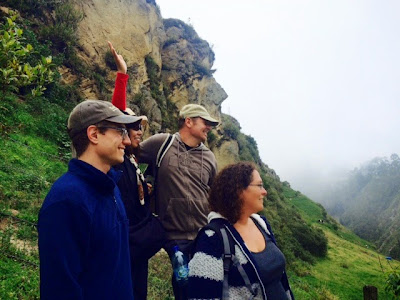 A little hut where we stopped to rest. I had a white corn on the cob. 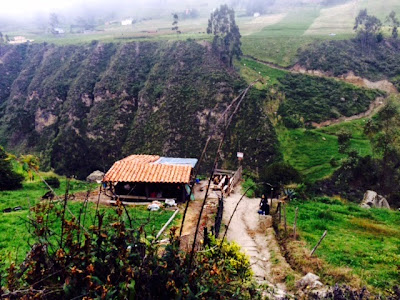 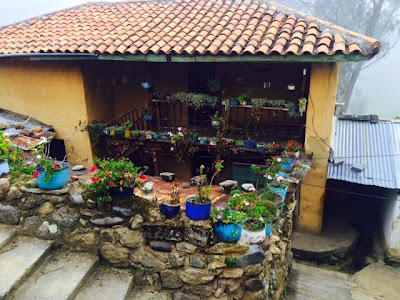 Kirsty and Neil are from Eastbourne, England. They have taken a 1 year sabbatical. So far they've traveled to Australia and New Zealand, some of the Southeast Asian countries, plus Nepal. The couple then visited Arab nations & Central America before coming to South America. Prior to returning home, Neil and Kirsty will spend sometime visiting a part of Canada and the Northern parts of the United States. 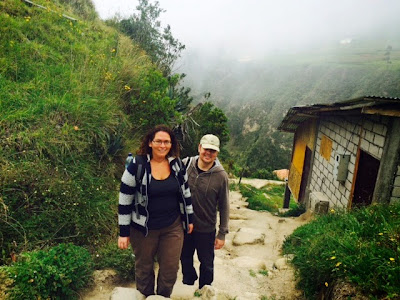 Zack is from Fort Collins, Colorado. He will depart from Cuenca via Quito to Miami next Saturday. He will be a first year medical student and plans to specialize in the field of Psychiatry. 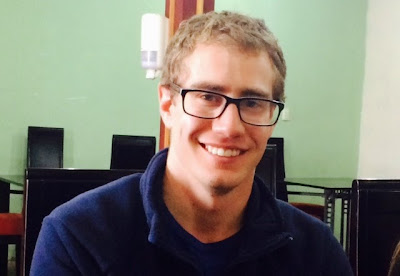