Our four grand nephews high energy and enthusiasm was contagious. The eight of us squeezed into my sister's SUV and spent the entire day touring four of the major attractions in the Black Hills.

The youngest, 6 years old's reaction of seeing sculpted faces of George Washington, Thomas Jefferson, Theodore Roosevelt, and Abraham Lincoln was, "Huh, I thought they would be much much bigger." Actually I had a same reaction when J.J. and I gazed upon them a year ago. 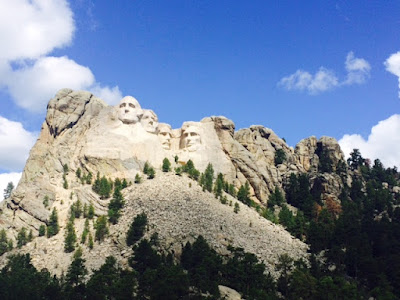 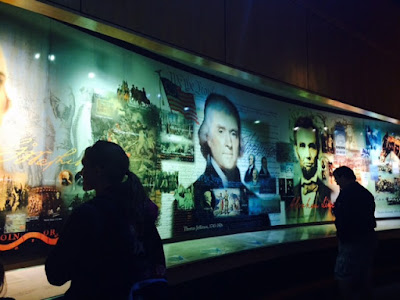 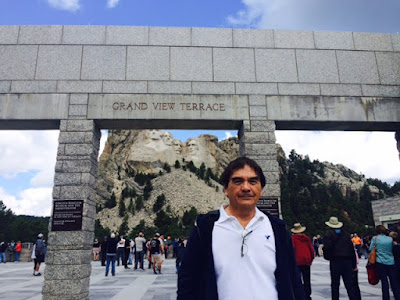 The boys were thrilled with their first sighting of bison in Custer State Park. The park is home to a herd of 1,500 free-roaming bison. However when one began to trot in our direction, the younger two urged their mother to drive on. 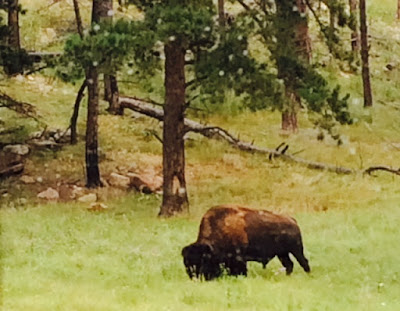 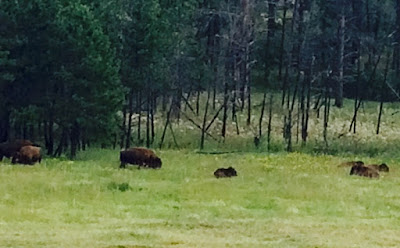 Unexpected very close encounters with wild donkeys in the park. 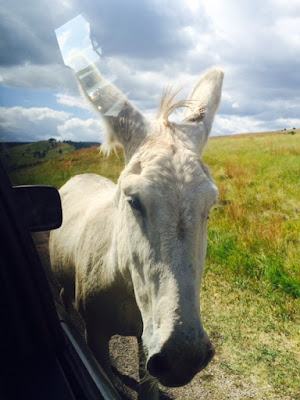 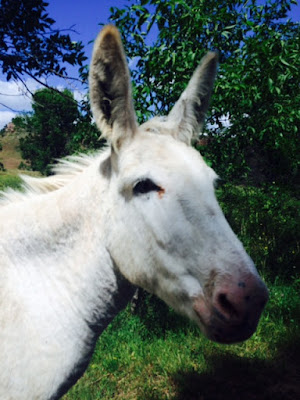 There is something meditative and spiritual about being inside a cave. While J.J. decided to wait outside, the rest of us took a 75 minutes cave tour. 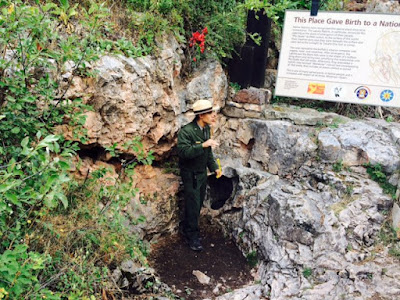 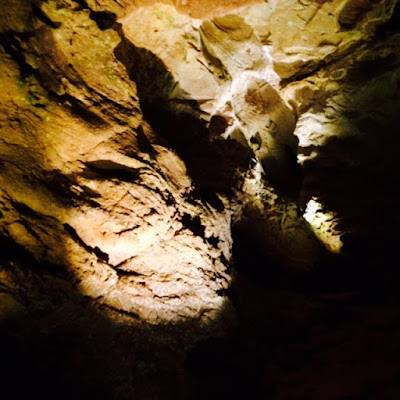 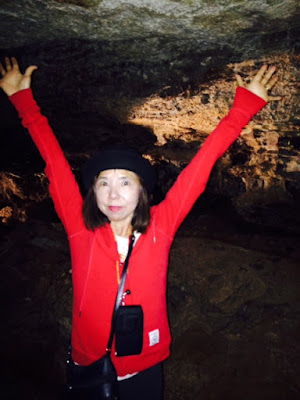 The Crazy Horse carving will be the world's largest sculpture. It is an imposing educational and cultural memorial to and for the North American Indians. 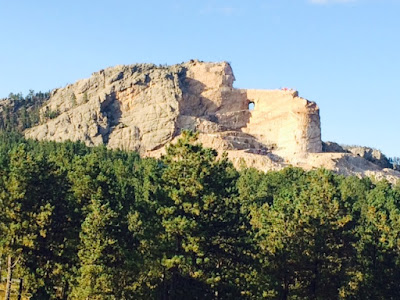 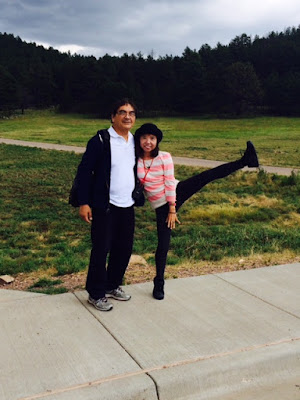 We celebrated an amazing full day in South Dakota with dinner at a German restaurant. It was a very short visit but the boys will return home with new experiences and wonderful memories. 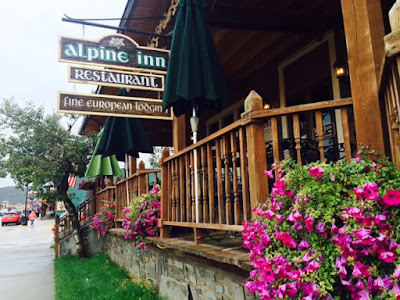