For 3 nights, we stayed at the Stratosphere Hotel in Las Vegas. It is located at the far northern end of the strip about 10 blocks from downtown.

The property's signature attraction is the 1,149 ft Stratosphere Tower. It is a freestanding observation tower and the tallest in the United States. There is a $10 charge for visitor but if you are a hotel guest, it is included in the hotel resort fees. 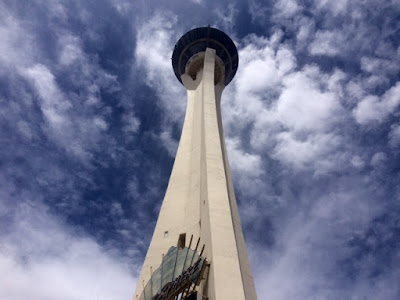 To ascend the tower, you take a series of escalators then go through security check with metal detector. You then ride an elevator up to the observation deck. When we went up there, the sky was gray and the rain was beginning to fall in the northern part of Las Vegas. Even then, the 360 degrees view was amazing. 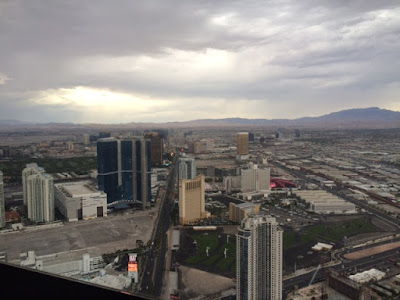 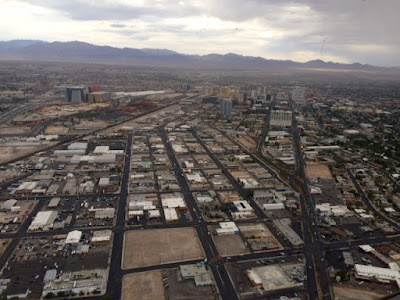 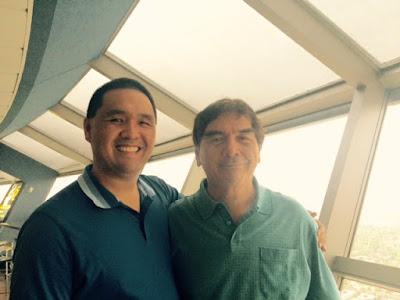