Great Basin National Park is located in east-central Nevada near the border with Utah.
The park's name, Great Basin refers to the vast region of sage-brush covered valleys and narrow mountain ranges. The park encompasses 77,180 acres of land and its main feature is the Lehman Caves. 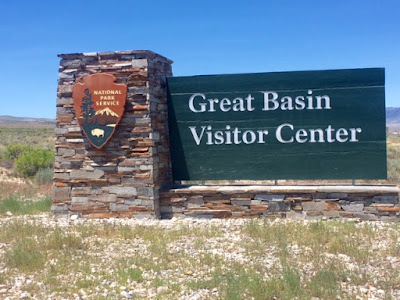 After I signed up for the cave tour, J.J. and I went on the Wheeler Peak Scenic Drive. The 12 miles one way route took us from 6,825 ft at the Lehman Caves Visitor Center to the Wheeler Peak Overlook at over 10,000 ft. The temperature at the base was 97 degrees, but among the pine forest, it was a pleasant 73 degrees where we were at eye level with patches of frozen snow. 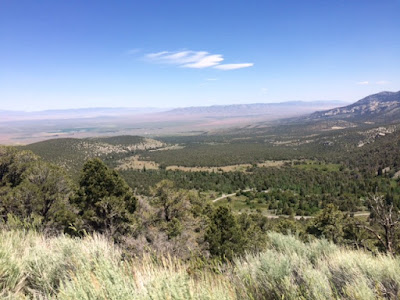 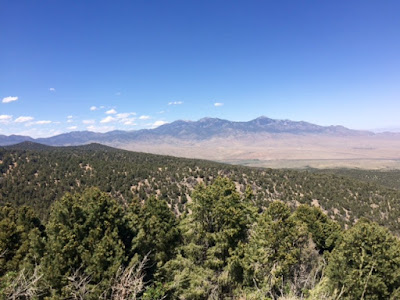 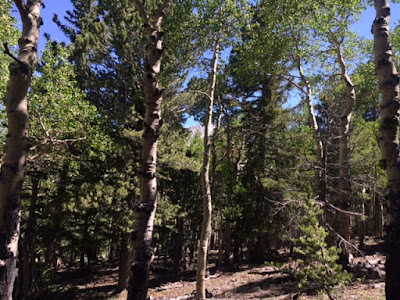 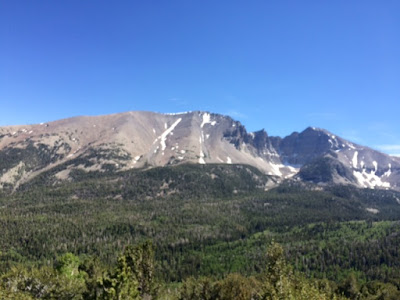 I love spelunking! There is something calming and even spiritual about being in caves. The noticeable difference between the Lehman Caves and others I have visited is that this was smaller and more intimate. I had to keep on ducking and sometime walking sideways to avoid touching the walls. Imagine what happened with average size adults! :-/ 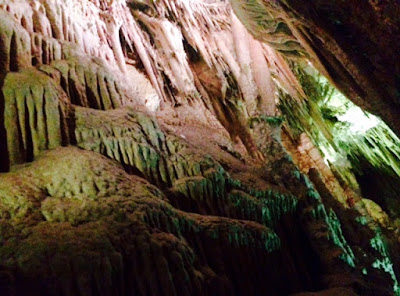 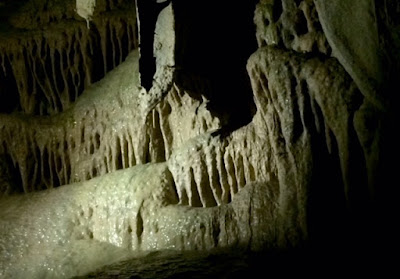 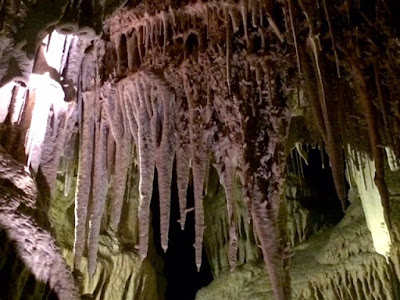 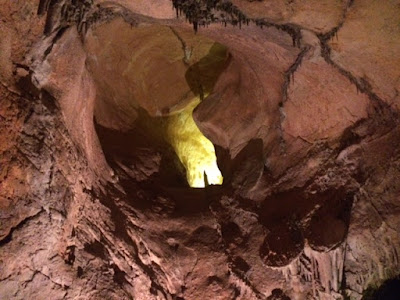 Whispering Elms RV Park has a rustic charm. Clean showers with endless stream of hot water is always a welcome feature. The town of Baker has a population of 55. We decided that this is one night stay.

A couple of additional photos I took that are worth mentioning:

On the outskirts of the town Hinkley, we saw a dead tree full of shoes. According to the locals, it's called the "Rebellion Tree." Basically, it is for anyone who wants to express their rebellion. J.J. stated that it's a harmless activity. 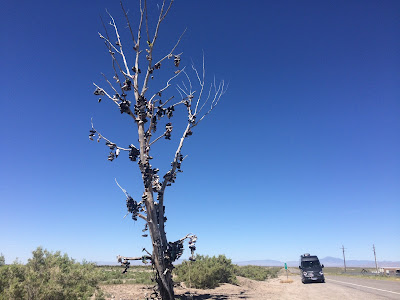 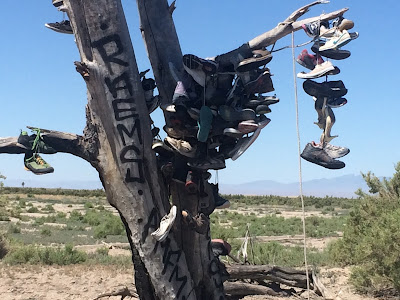 We invited Tami into Honu. She and her husband have been thinking about getting a 5th wheeler to travel. 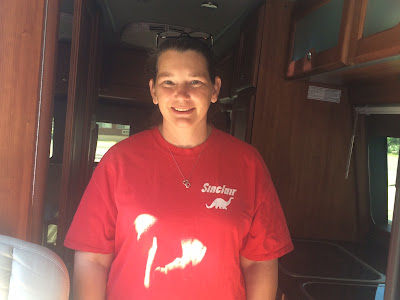