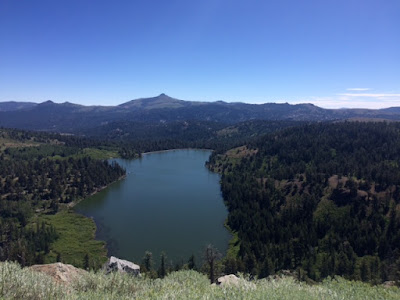 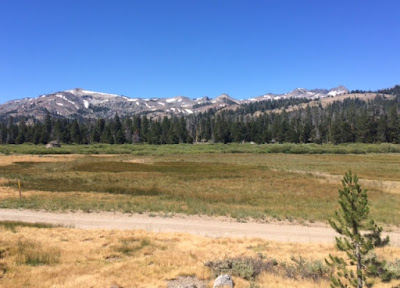 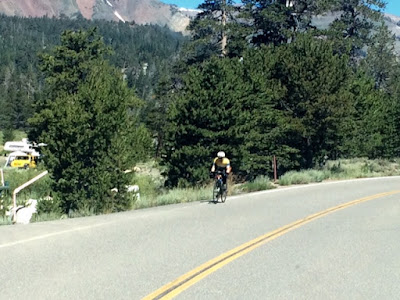 There are 611 miles of what authorities refer to as "fishable" streams in four major drainage systems. Additionally, there are 297 officially known lakes and reservoirs. Some are in public lands allowing access with proper permits while others are in private lands. The sum of lakes and reservoirs equals 11,994 acres including 11 large reservoirs accounting for 9,000 acres. No wonder, J.J. and I kept on seeing one lake after another. 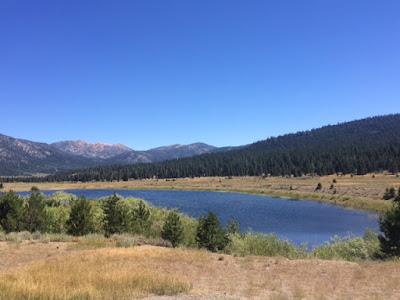 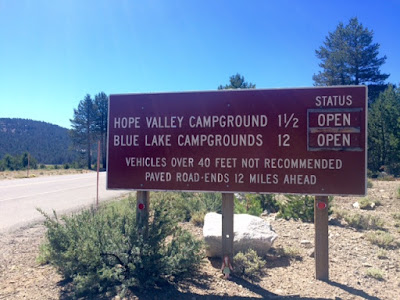 Today we took CA-89 and explored the area including such magical name as Hope Valley. 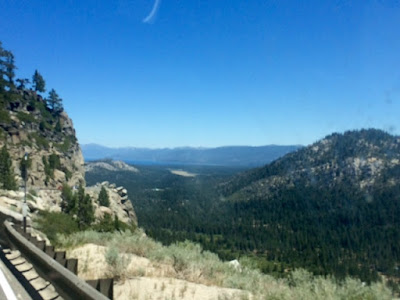 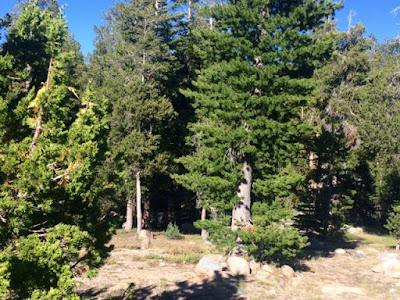 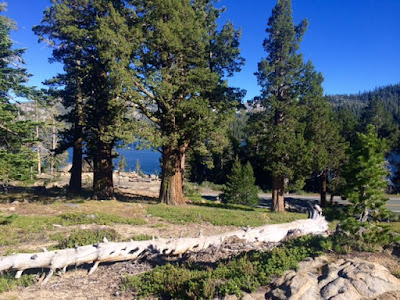 In the late afternoon, J.J. and I walked to Caples Lake. The water was cold, but very clear. You can see the sandy bottom. 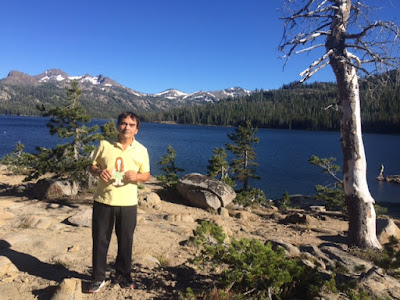 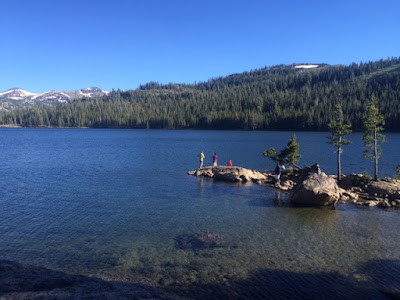 Gary, his wife Janet and Kadie, reside about 50 miles West from the lake. They come to this camping ground 3-4 times during the summer. Janet alerted me to  a "must watch" sunset when the lava rock hills of the mountain range turn a bright orange hue. From our new site at the Caples Lake Camping Ground, I only had to step outside of Honu to capture this fleeting gift. 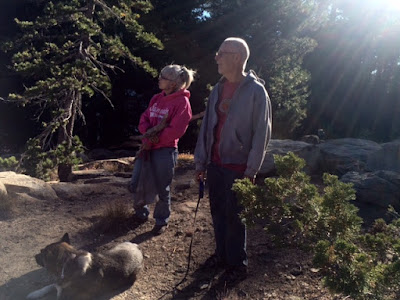 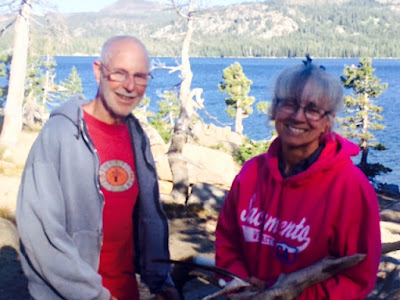 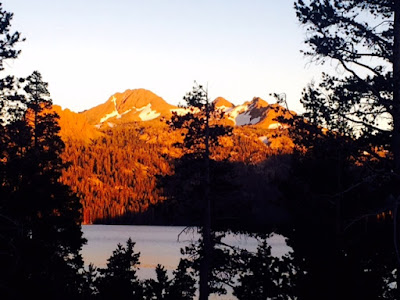 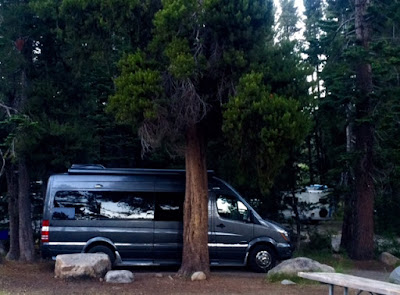