Aloha Everyone,
Approaching Independence, the vast field of ancient lava flows always captivate our attention. The Mono-Inyo Craters are lava flows and volcanic craters in Mono County. This volcanic chain stretches 25 miles beginning from the northwest shore of Mono Lake to the south of Mammoth Mountains. 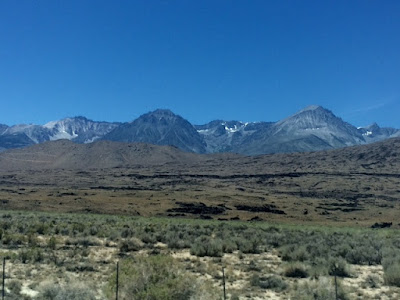 Mammoth Mountain was formed as a result of multiple eruptions that occurred from 40,000 to 60,000 years ago. Most recent activity which happened about 250 years ago is the uplift of Paoha Island in Mono Lake. 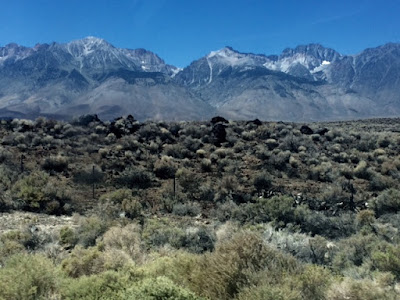 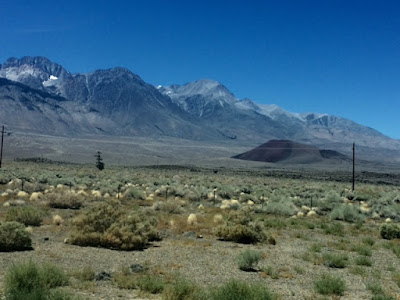 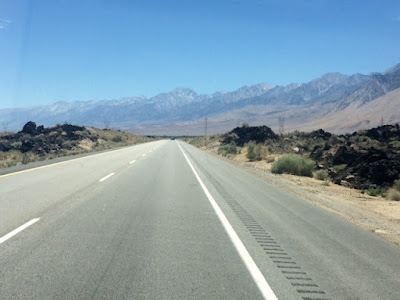 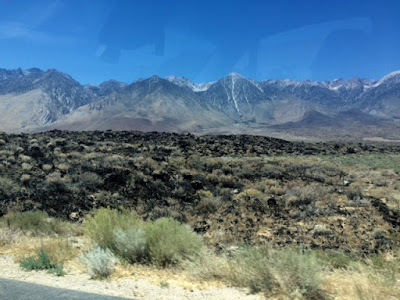 As we drove alongside the black lava flows, red cones covered vast sections of landscape, it is not difficult to imagine powerful explosions and the flow of magma that formed the mountains. 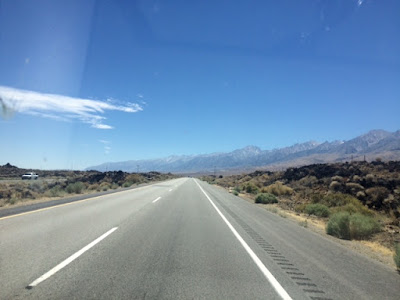 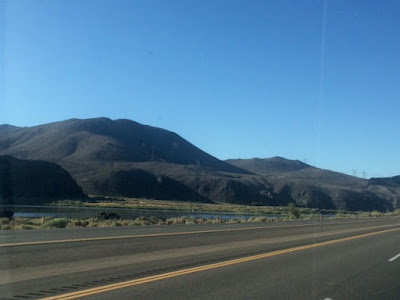 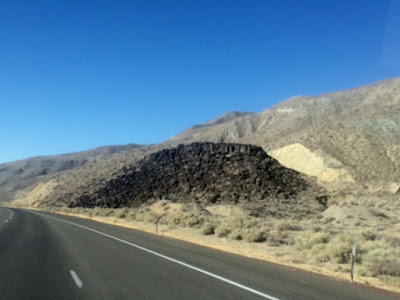 While today the snow-capped mountains appear serene and safe, in 1980, a series of earthquakes indicated to volcanologists renewed activity in the area. 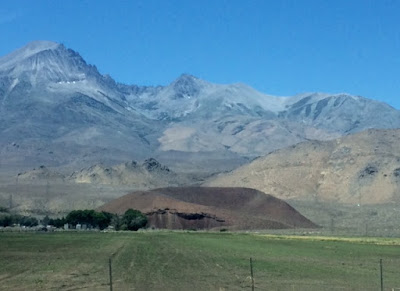 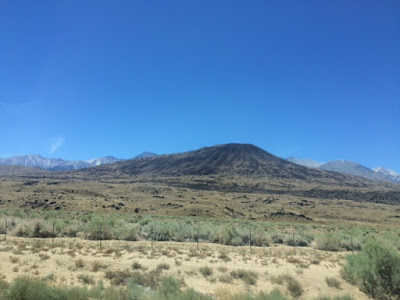