Dante Alighieri, simply known as "Dante" was born in Florence to a landed aristocratic family. He was a poet, philosopher, an Italian "Shakespeare" who lived a life of luxury to poverty to incarceration and exile. His final three years were spent in Ravenna and his bones first hidden and later discovered are tombed in the former Monastery of San Francisco. Interesting footnote is that the Pope tried to get the bones of Dante back to Florence aided by such notable figures of the time as Michelangelo, but Ravenna prevailed. 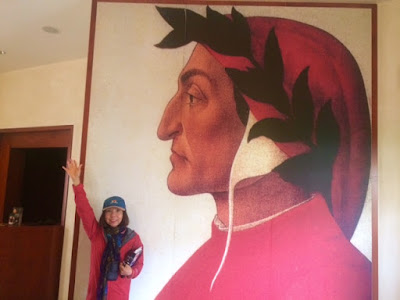 Visual and audio presentations representing Dante's "Divine Comedy" through hell, purgatory and finally paradise is disturbing, thought provoking and peaceful. J.J. and I also revisited the tomb of Dante and took photos of the eternal flame. Now I have to add "Divine Comedy" as one more book to read again. I am sure this time I will get a deeper insight than I did when I read it for my high school World Literature class. 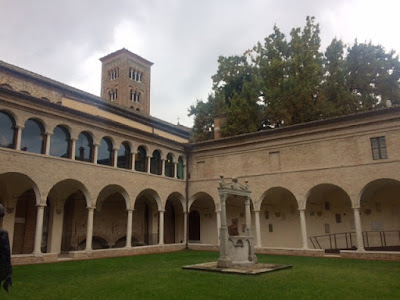 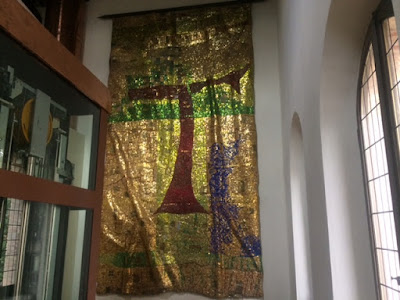 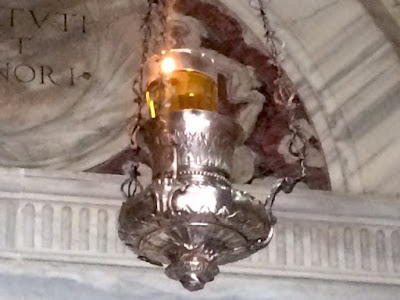 Basilica di Sant' Apollinaire Nuovo was the last of the 5 attractions we were able to access using the Combo Ticket. This 6th century church started as an Arian Church then transformed into the Byzantine style. Following our guidebook that explains, "Three ships in the ancient harbor and a palace where golden bricks were used to cover Arian figures..." captivated our imagination of the turbulent past and present when nothing was and still is sacred including one's place of worship. 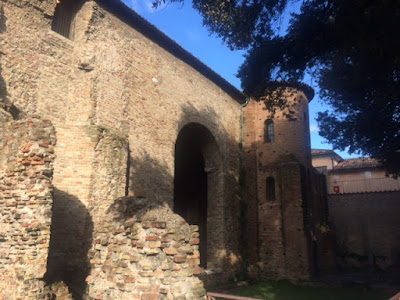 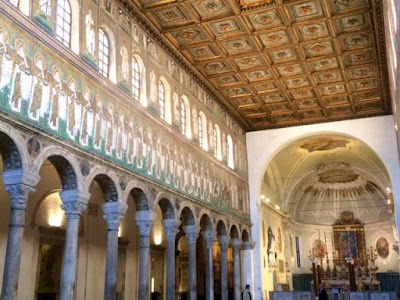 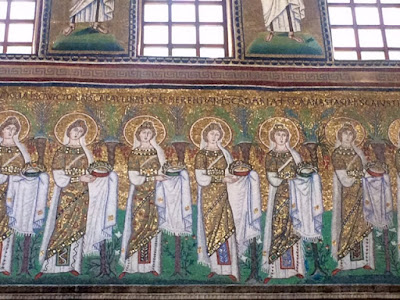 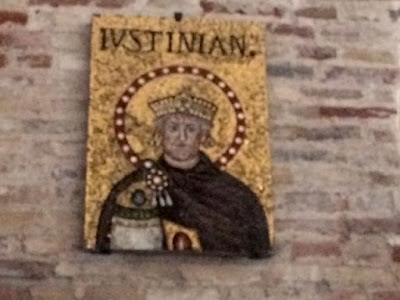 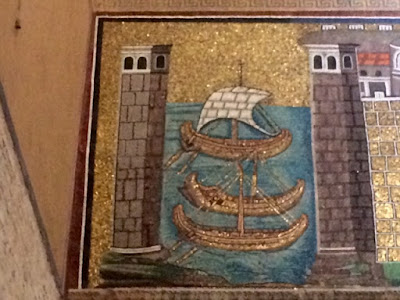 Ca' de' Vén, a restaurant located in the old town with history and culture was our choice for lunch. Our grilled lamb and potatoes in herbs were absolutely delicious! www.cadeven.it. 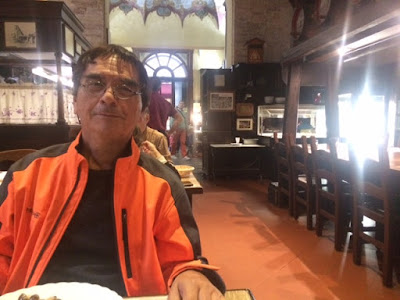 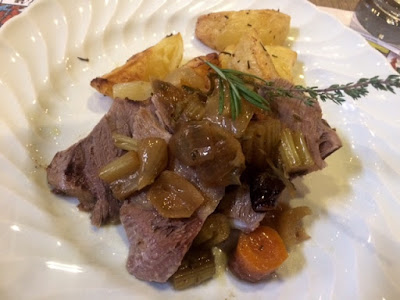 Tonight we went back to the neighborhood restaurant where J.J. enjoyed his Zuppa di Pesche for the 2nd time. 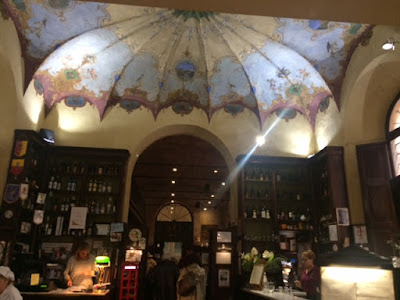 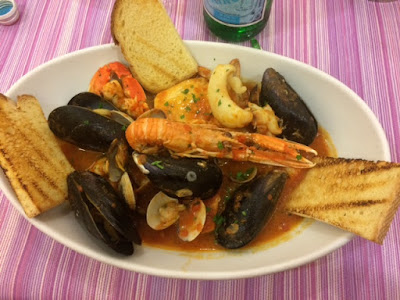 We sat together with Kim and Charlie who also have a Hawaii connection. They've lived on Oahu, Maui and the Big Island before moving to Nevada, then to Utah. Friendly and interesting couple with lots of travel stories. When Charlie mentioned about his mother's family origin is Sicily, J.J. and I were all ears. 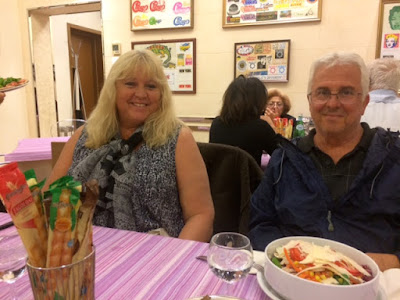