Napoli was dark and rainy. The popular Italian song, "Return to Sorrento" kept on playing in my ears and I convinced J.J. that it would be sunny in Sorrento. The coastal city is 90 minutes away from Napoli via express train. Sorrento is sophisticated, scenic, clean and safe. It faces the Bay of Naples on the Sorrentine Peninsula. 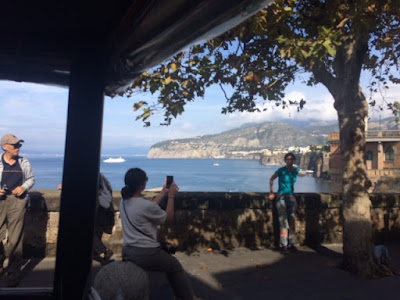 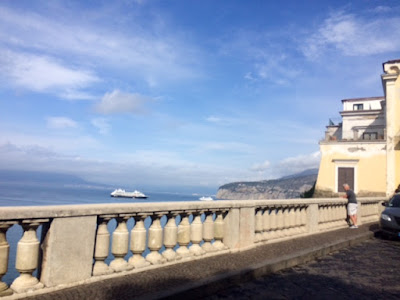 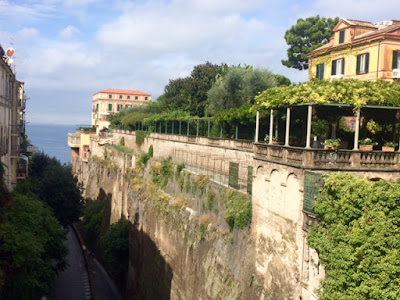 According to the city's guide book, Sorrento's name come from the Greek word, "siren", as mentioned in Homer's famous epic poem. Sorrento was a colony founded by Greeks. 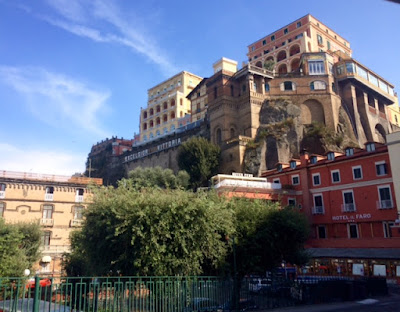 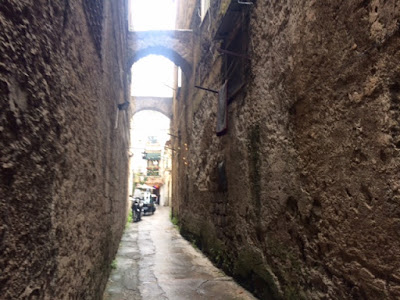 The town is perched atop dramatic cliffs, away from busy marinas. Resident population is approximately 20,009, however during the summer months, it gets filled with tourists. The fashionable hotels, restaurants and shops are found around the Piazza Tasso.

We chose Taverna Allegro located in the Old Town. Another wonderful meal! J.J. had fried anchovies and Pizza Margherita and I had frIed sole with mixed salad. As Flavia would say, "Mmmmm!!" 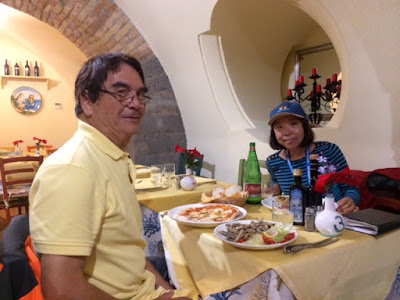 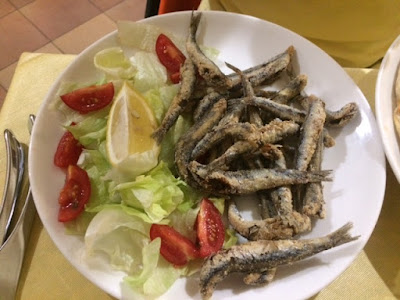 The Sorrento City Train is really a small train shaped truck with a trailer that can accommodate approximately 28 adults. The charge is €6 each for a 35 minutes ride with recorded guide in 8 languages. The train took us around the important sites all the way down to the marina and back. For a quick orientation of the city, it was well worth it. 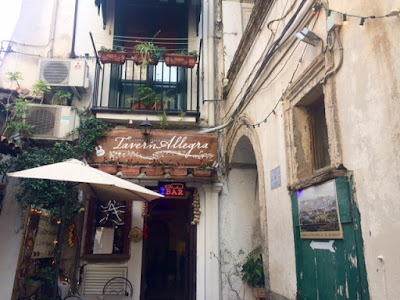 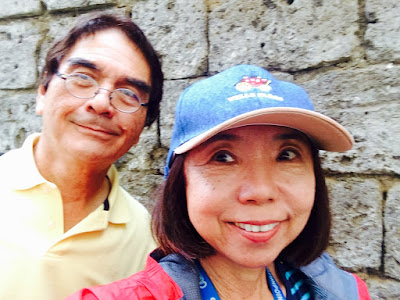 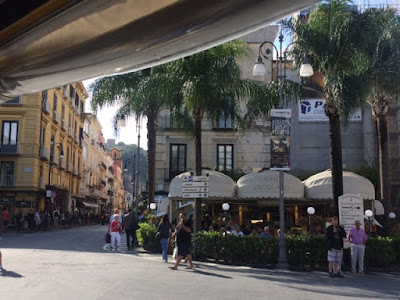 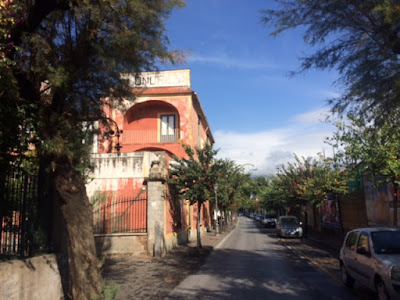 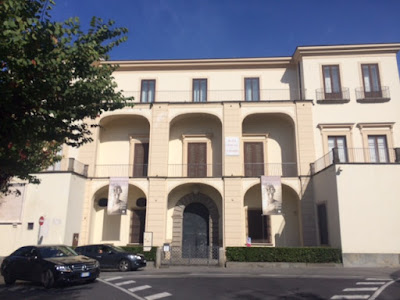 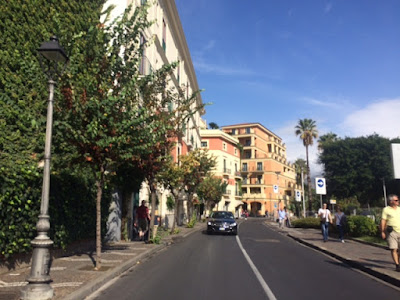 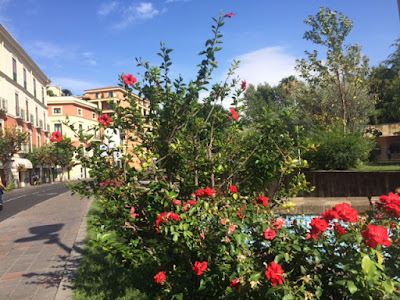