Assisi is one of many hill towns located in the Umbria region. This is where St. Francis (1181 –1226).
one of most popular Saints, was born. 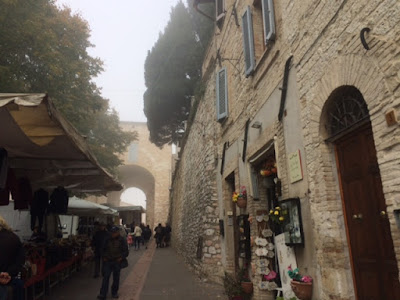 Getting off a local train in Assisi, we found ourselves in thick morning fog. We purchased bus tickets from a bar then hopped on  bus "C". J.J. suggested that we remain on the bus until the last stop then walk down the old town. 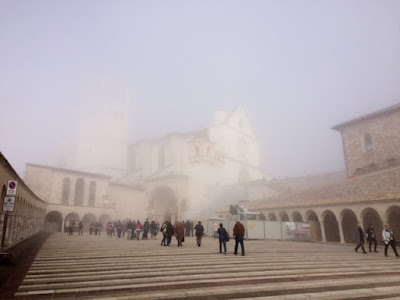 The Basilica of St. Francis in Assisi is a massive church constructed in two levels. It was consecrated in 1253 and has always been a spiritual center for pilgrims. There has also been a noticeable increase of pilgrims and visitors to Assisi ever since the current Pope took the name Francis. 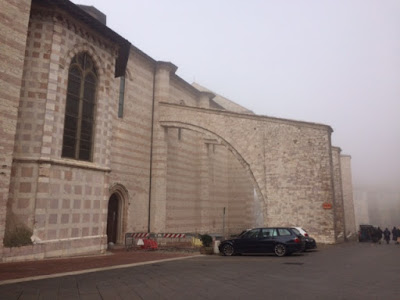 St Francis, who died in Assisi at age 45 left a legacy of humanism, equality and love of nature. Francis' new order of monks (Franciscan) practice simplicity and non-materialism. 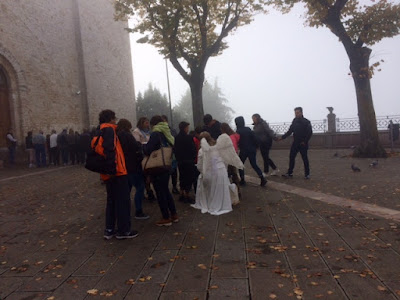 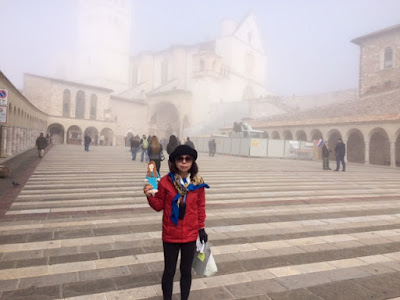 As J.J. and I were ready to board our train back to Roma, the midday sun had burned off the fog and the hill town of Assisi appeared like a vision. 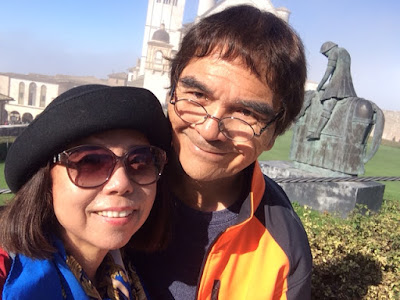 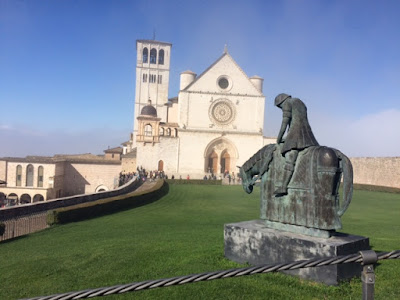 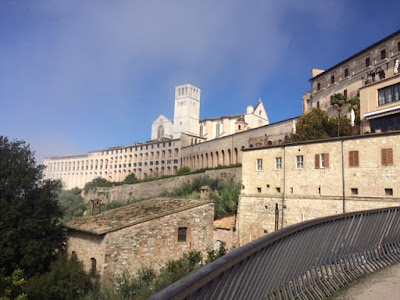 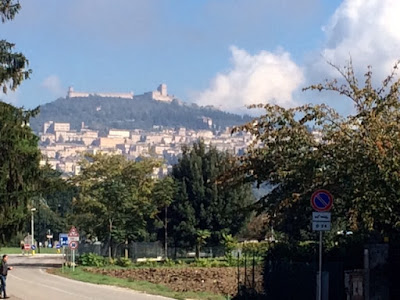 While dining, we were treated to unexpected entertainment by the German choir group who suddenly burst into chorus at Petrolini Restaurant. This was a perfect ending to a perfect day in Italy! 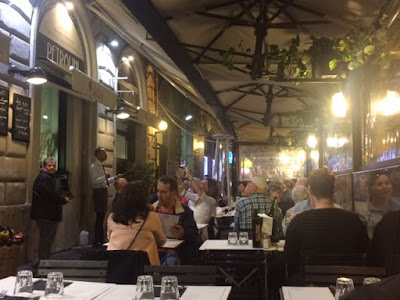