Visit To The Amazing Ruins Of Pompeii

We took the Circumvesuviana train to Pompeii, located about midway between Napoli and Sorrento. The cost for the train ride, not covered by our Eurail pass, is €2.50 one way per person. The train was packed with Brits on weekend getaway.

The 4,000 foot high Mount Vesuvius is Europe's  only active volcano. The August 24, A.D.79 eruption of Vesuvius froze the life as it was in Roman times 2,000 years ago. Pompeii and its smaller sister city of Herculaneum were buried under 30 feet of hot volcanic ash. 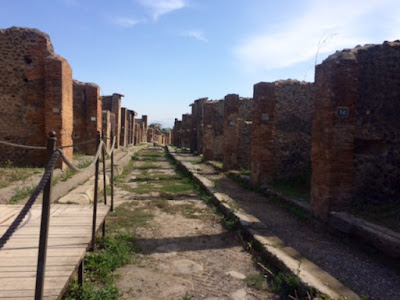 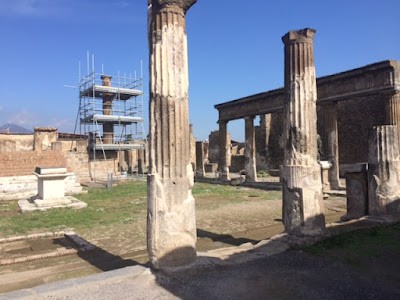 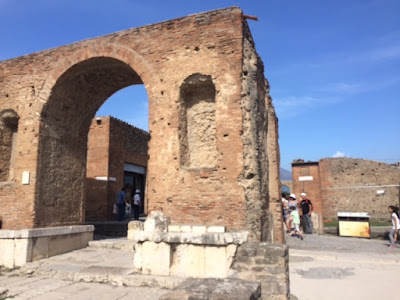 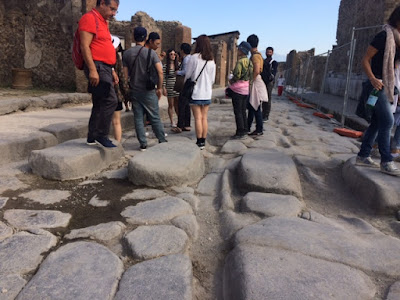 A small booklet handout on the excavations allow you to do self-guided walking tours. The excavations are still ongoing and at present, exhibits are divided into 9 regions. It is impossible to view everything even if you spend all day. For example, Region VIi has 21 exhibits including Suburban Bath, Sanctuary of Apollo, Forum, Temple of Jupiter, Honorary Arches and Temple of Genius Augusti. 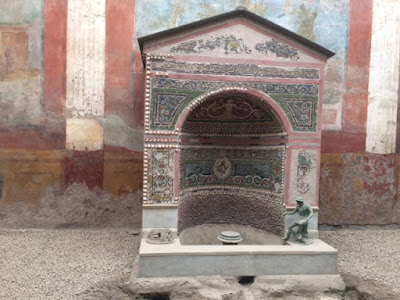 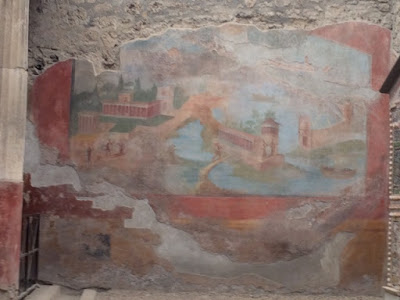 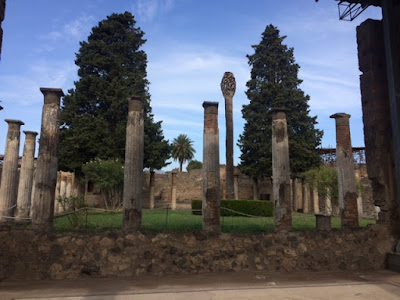 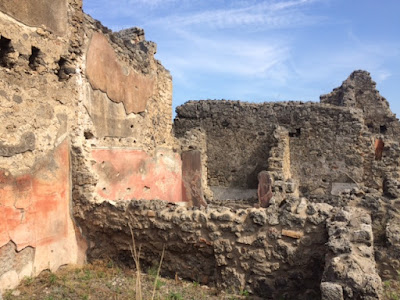 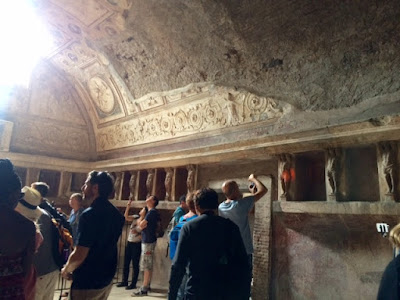 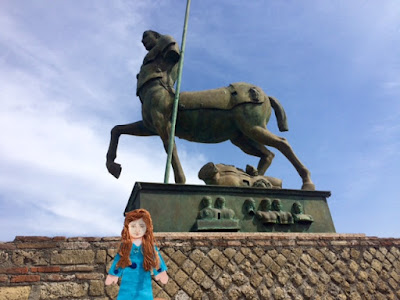 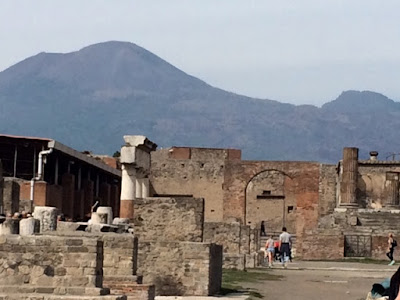 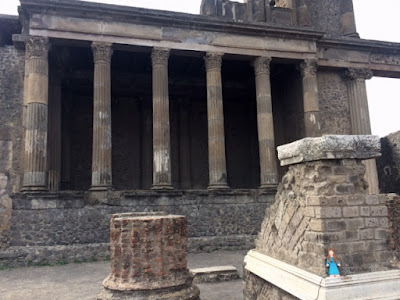 Kindly note that bronze statues are works of late Igor Mitoraj. His statues, totaling 30, are exhibited along the main entry Porta Marina through Main roads, Via Del Teatri and Via Dei Stabiana. Grandiose and impressive but somehow these gigantic bronze statues took away the poetic essence of once ash covered ruins. 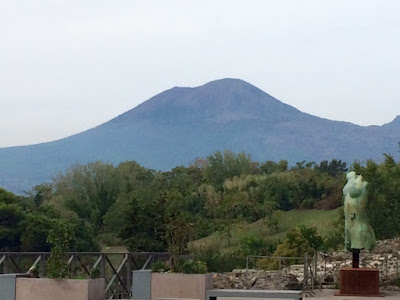 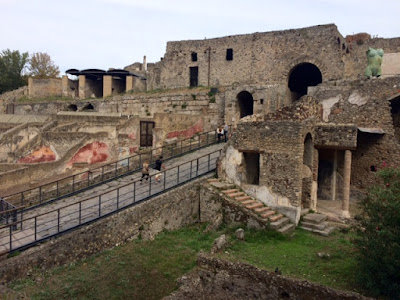 At the Pompeii Scavi* (means excavations) train station, we met Kenzie and Ashley from Minnesota. Kenzie helped me with my iPhone photo app which has more features since the latest upgrade was installed. 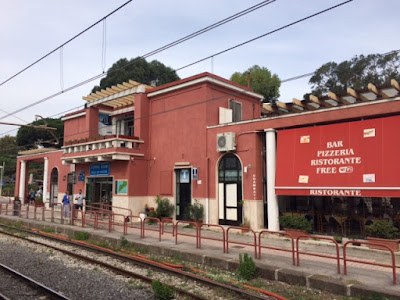 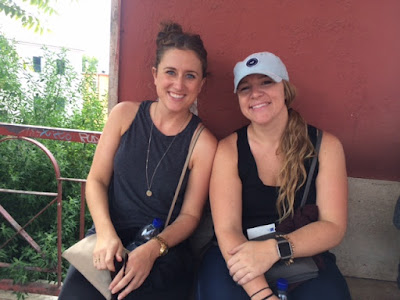 Flavia mentioned that best Mozzarella Bufala (Buffalo) are found in Napoli. Tonight we dined at Flatelli la Bufala Restaurant. An exceptional meal. My choice of vegetables with mozzarella was very good. J.J. loved his squid stuffed with shrimps and mozzarella. 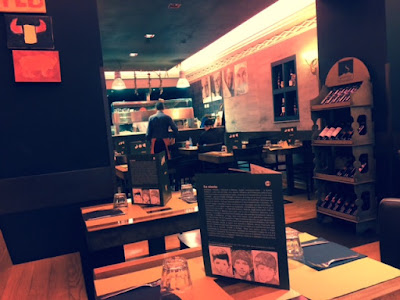 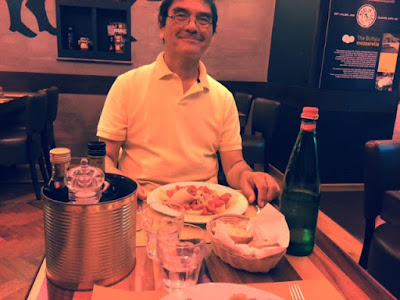 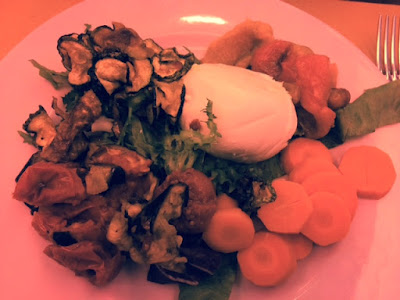