Montezuma Castle was built by Southern Sinagua farmers estimated age to be between 1100 and 1300. It was five-story, 20 room dwelling built about 200 feet above the valley on a cliff recess. 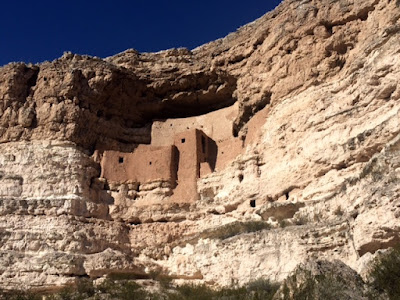 Looking up at the remains of the cliff dwellings where up to 50 people lived as a community, J.J. and I tried to imagine their joys and sorrows, achievements and challenges they faced as we do in the 21st Century. Like the Anasazi of Mesa Verde, historians and archeologists are not sure of why the dwellings were abandoned and where did they go. 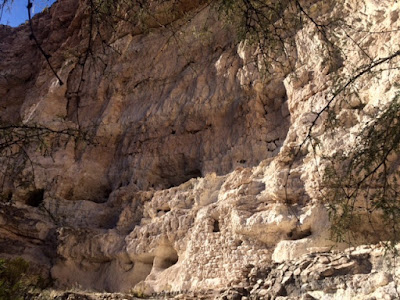 Tom is a Vietnam War veteran retired from the US Army as Lt Colonel. An affable man with smiling eyes, he is a senior advisor for Stop Predatory Gambling. We promised to stay in touch as our unexpected brief encounter was long enough to make a personal connection. 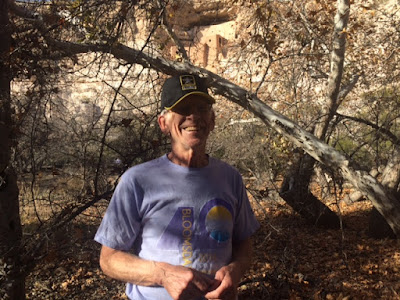 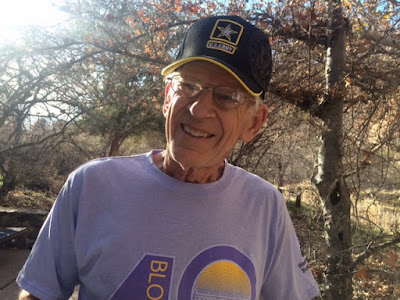 Separated by one exit on I-17, we also visited Montezuma Well. Jerry, a Volunteer Docent explained to us that it is incorrectly named -- as the body of water is a sink hole or a pond and not a well.  Montezuma Well receives less than 13 inches of annual rainfall. However the "well" contains 15 million gallon of water.  For answer to these questions. Please go to: nps.gov 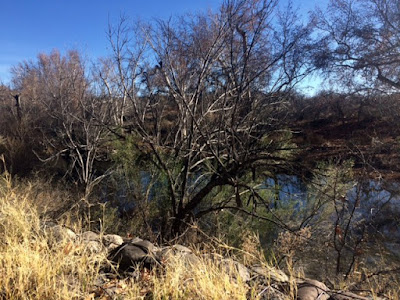 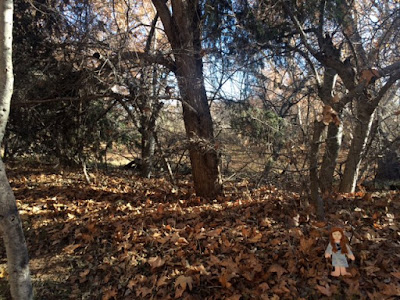 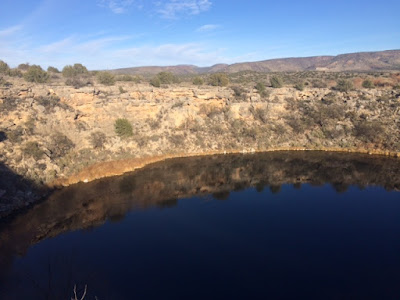 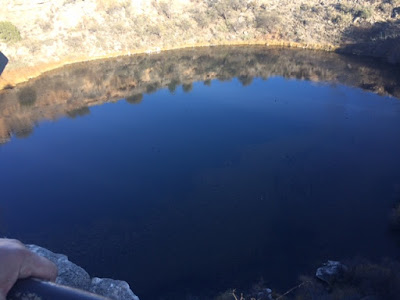 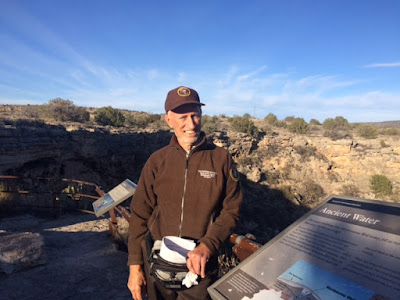