Tlaquepaque is a wealthy neighborhood adjacent to Guadalajara. Our taxi on the way was metered and the fare was 70 peso. But on our return, there were no metered taxi and one driver wanted 150 pesos. J.J. declined then another driver approached us and we agreed on 100! 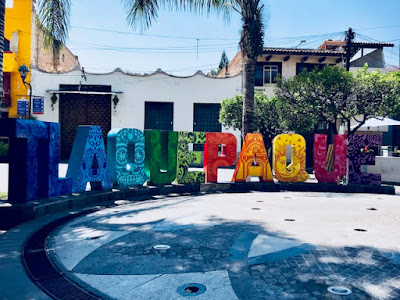 Tlaquepaque reminded us of San Miguel Allende — charming cobblestone streets, a large plaza flanked by columned arcades and yes, churches. The main difference was that the streets we walked were all high end commercial establishments consisting of art galleries, shops, restaurants and bars. 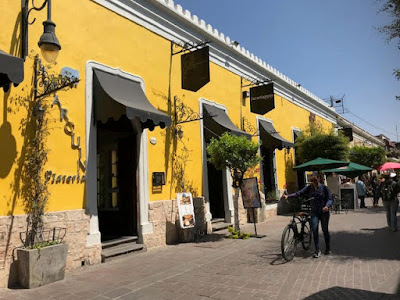 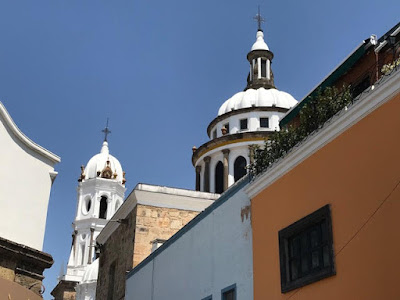 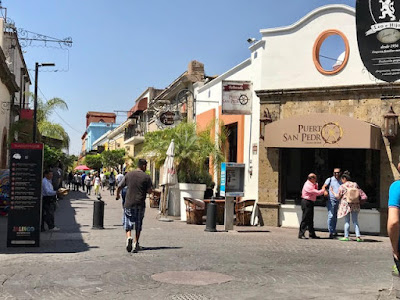 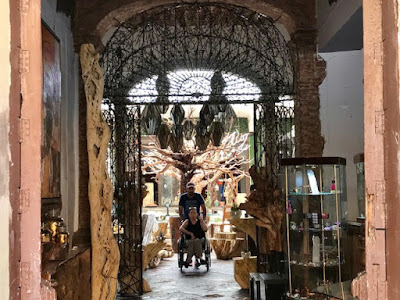 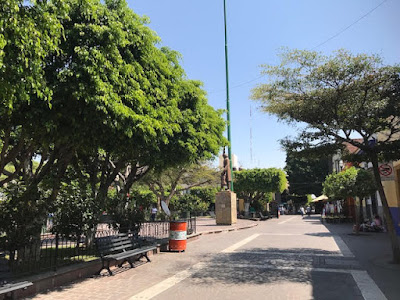 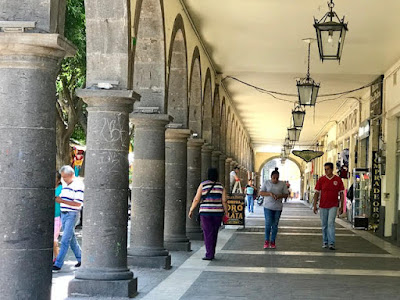 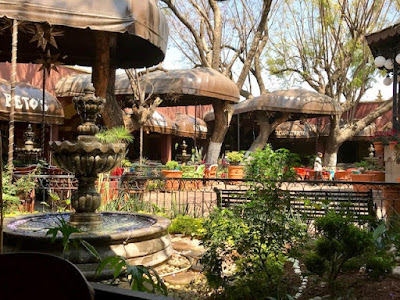 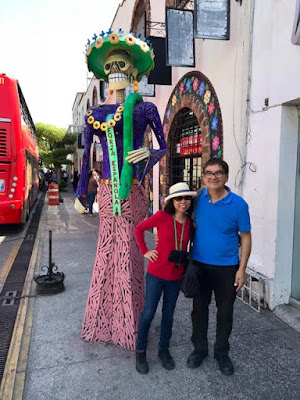 Chuck, Kim, Kathy and Roger (from l-r) were touring Guadalajara and its environs on the red tour bus. Good natured, friendly group from Arizona, we struck up a conversation when I stopped to take a photo of a skeleton sculpture. They travel as a group and told us that their upcoming trip is to the Adriatic Sea where they have hired a sailboat for 18 passengers. The plan is to visit several of the former Eastern block countries. 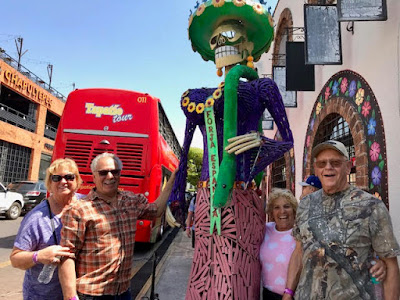