We are delighted that our hotel is less than 14 minutes walk to the Plaza Mayor and the Old City. This area of Salamanca was declared a UNESCO World Heritage Site in 1988. 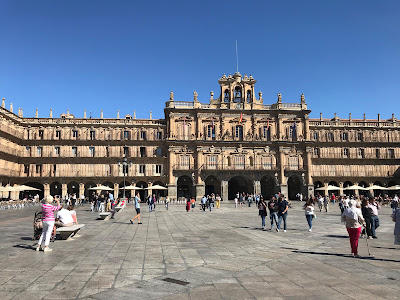 I recall watching one of Rick Steve’s specials on Plaza Mayors. Venice, Italy because of its size and beauty; Mexico City, Mexico also for its size and historical significance; and Salamanca, Spain because it’s one of the prettiest, intimate and charming plaza mayors. 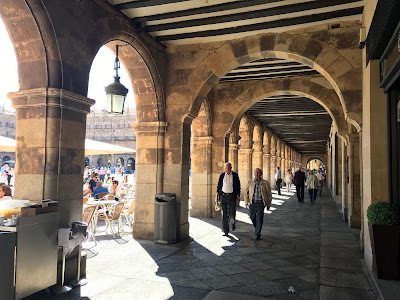 Today, the plaza was filled with international students. Salamanca boasts having the third oldest university in Europe. Established in 1218, the university is well known for having a diverse student population. 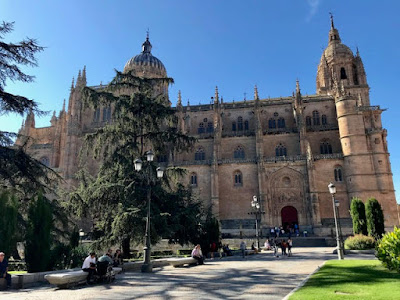 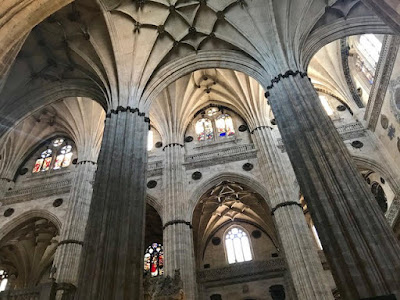 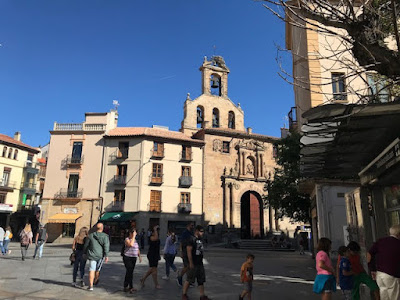 We were entertained by a group of ethnically dressed women dancing to the music of a flute player. They eventually led us to a booth manned by a religious organization, “un mundo, un hogar, un corazon”. 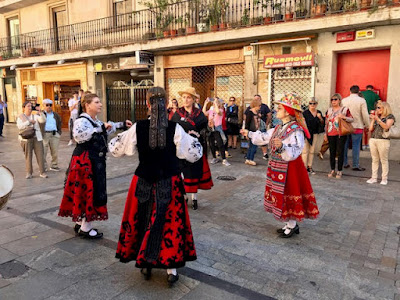 My interest was focused on their origami heart, “corazón” which they were giving away to people who were donating money. I always carry a packet of origami paper and make cranes, the easiest to make, to give to people who briefly enter our life. Now I will start making origami hearts which are flat. It is more portable than cranes. 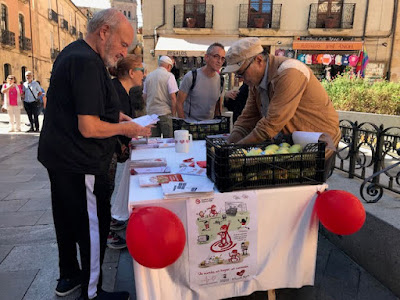 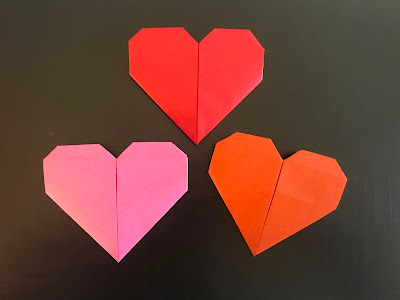 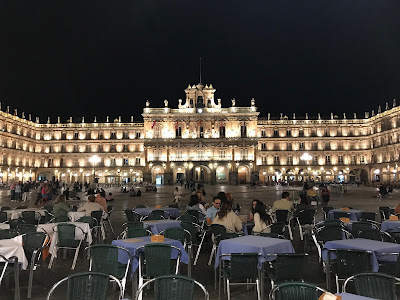 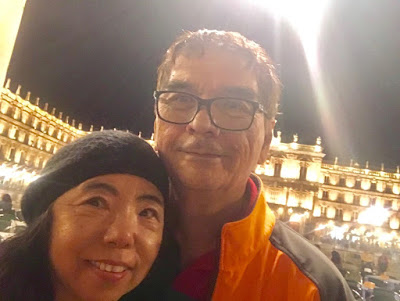