J.J. and I learned to take subways and buses. We purchased a booklet of 10 tickets for €10 each which allows as to use the metro or bus.

Montjuïc Castle, built on the highest point of Montjuïc Hill, is an old military fortress dating back 350 years. 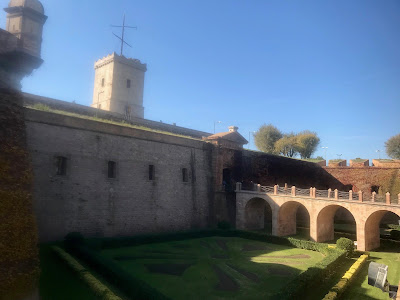 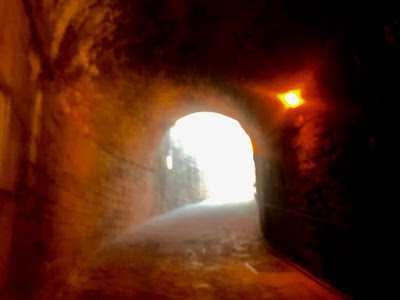 Montjuïc Castle has played a decisive and sometime gruesome role in the history of Barcelona. During the Spanish Civil War, the fortress was used as a prison and torture centre. Today it is open to the public. You have a 360 degrees view of Barcelona city including the port just below the fortress and Sagrada Familia far in the distance. 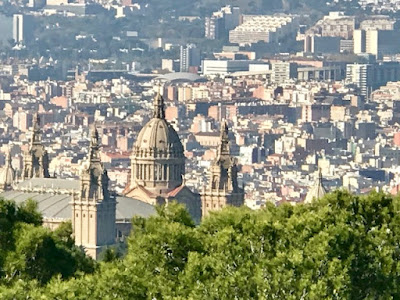 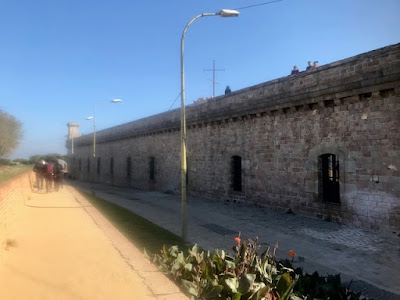 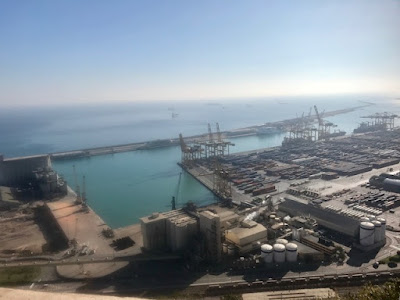 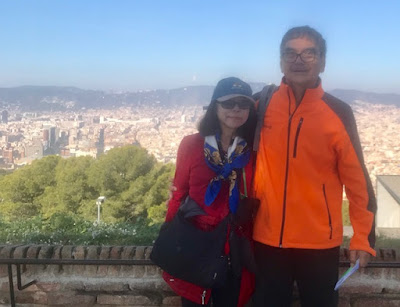 Perry and Joyce were also visiting the castle. Originally from Singapore, but currently work in Hong Kong, we exchanged taking photos of each other. 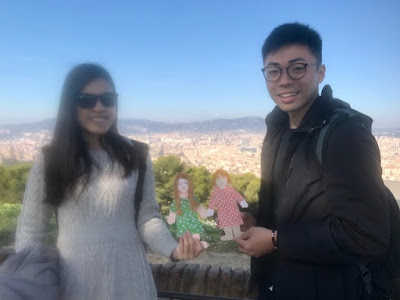 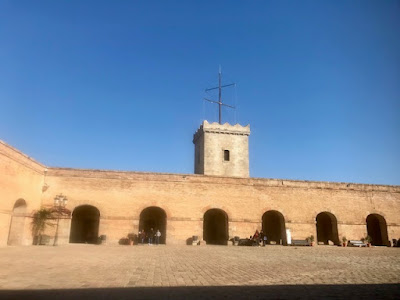 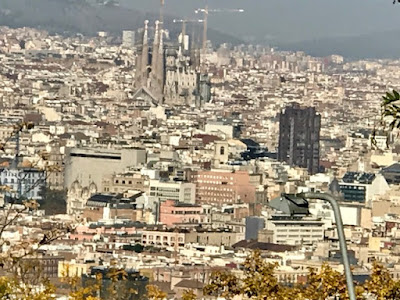