Antonio Gaudi (1852-1926) is a world famous architect from Barcelona. His name “gaudy” is part of the English language to describe something that is extremely ornate. Sagrada Família is his masterpiece. It is Gaudi’s magnum opus. 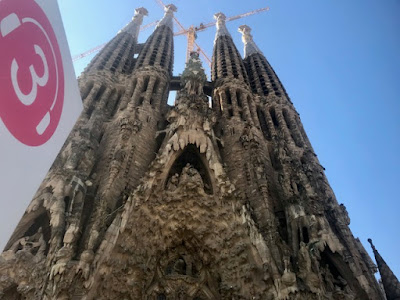 Ethereal, mesmerizing, breathtaking, marvelous and inspiring are some of the adjectives I could come up with to describe this one-of-its-kind ornate Catholic Basilica. Every surface of the exterior is covered with intricate forms and designs from Gaudi’s imagination and his spirituality. 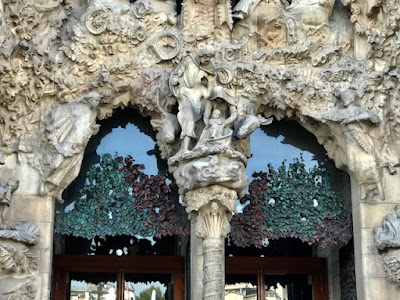 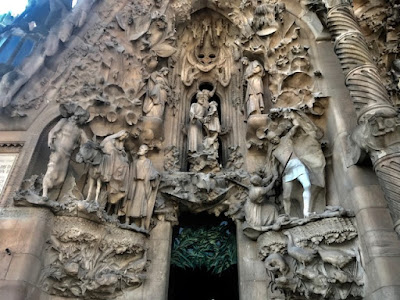 There must have been at least a couple of hundred visitors milling around yet it was easy to disregard them. J.J. and I sat at one of the stone benches located around the interior perimeter and listened to the piped music choir singing Ave Maria. The diffused colors from the stain glass windows changed as clouds covered the sunlight from time to time. The experience was heavenly. 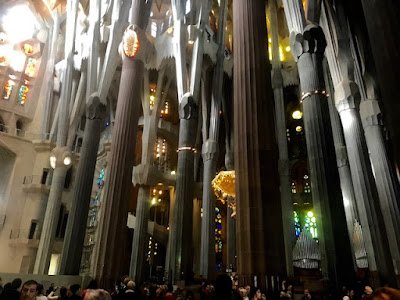 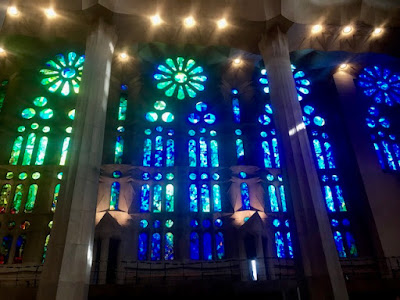 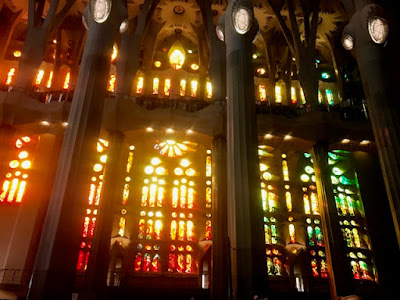 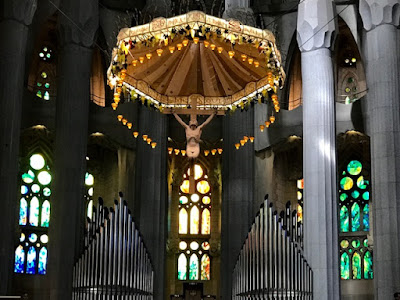 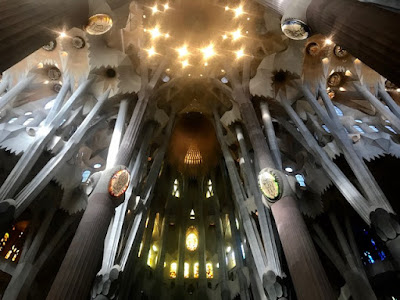 Gaudi was so dedicated to this project that he lived onsite for 16 years and his body is buried in the crypt below. Today, construction crews are furiously working on the interior and exterior. The target date is to finish in 2026, the 100th anniversary of his death. By then, Sagrada Familia would have taken 144 years to complete. 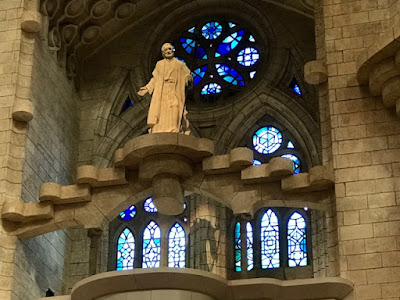 J.J. and I have seen Sagrada Familia 43 years ago. The possibility of being able to return in 9 years to witness the final completion of the basilica is amazing. 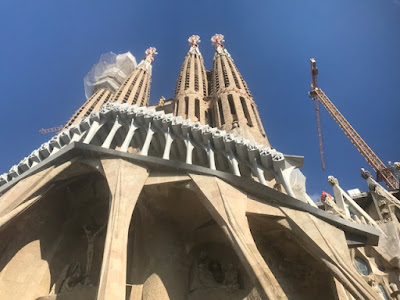 I believe everyone who visits Sagrada Familia is happy to be able to make a small contribution. The construction of the basilica relies solely on private donations.