Poliforum is the 166 acres complex that is a home to a science museum and park, the León stadium, Bicentennial Theatre, the Central State Library, and the Guanajuato Art and History Museum.

A chilly, intermittent rainy day, J.J. and I took Uber from our hotel to the art museum. 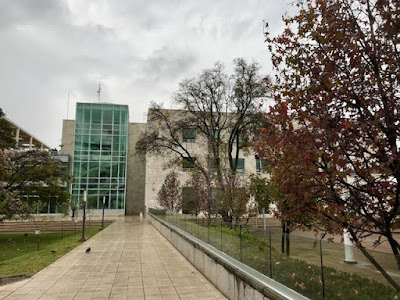 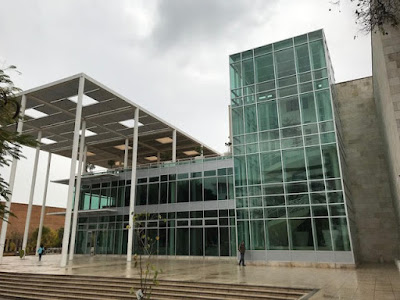 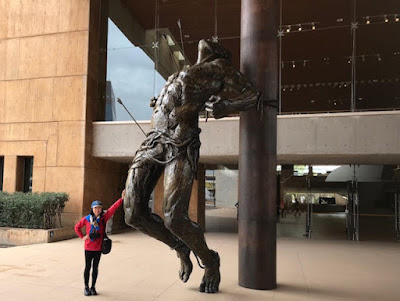 What a propitious coincidence that we were able to view the temporary exhibit called “Iroha”. Impressive collection of more than 300 pieces of Japanese and Mexican art spanning different periods are on display in celebration of the 120 year anniversary of Japanese migration to Mexico. We learned that many of the pieces are on loan including from the well-known Frank Mayer Museum in Mexico City. (No photos were permitted.)
https://www.google.com.mx/amp/amp.eluniversal.com.mx/amp/note/amp/eluniversal/956312

J.J. and I took a quick look at the section of the permanent museum of Greek replica statues. 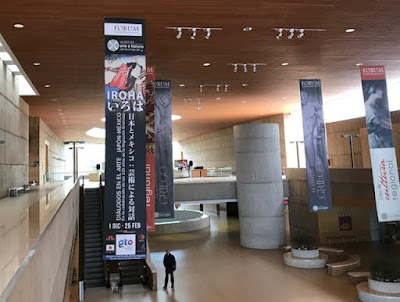 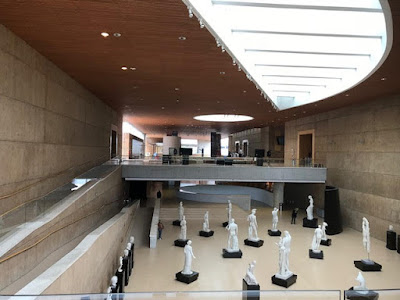 Art and history of Guanajuato displays included the Spanish invasion of Mexico and forced conversion of natives to Catholicism. Maps, diorama of crude silver mining and samples of silver ores removed from Mexico and enriched Spain were also on display. Painful period of early colonial days left us feeling numb but also wanting to better understand the colonial period of Mexico under the Spanish Crown. 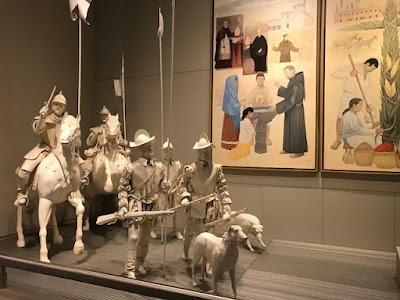 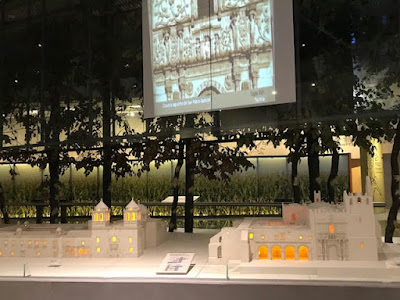 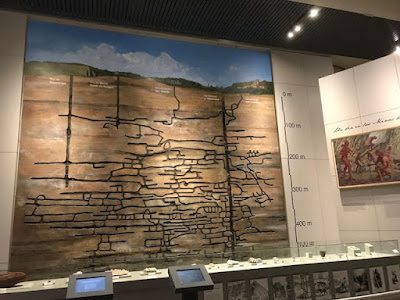 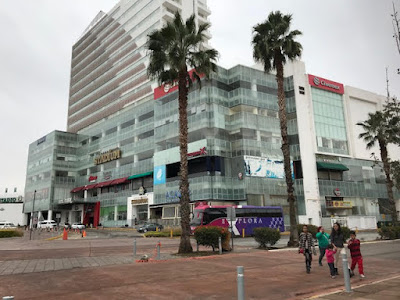 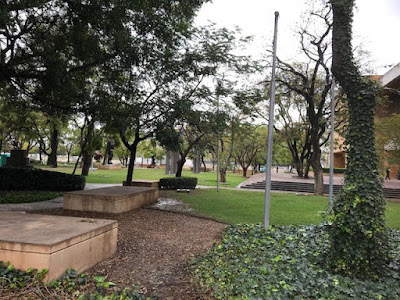