This is our 4th full day in Guanajuato and J.J. and I have become quite familiar with the main streets of the Centro Histórico neighborhood. To reach our destination of Museo de la Alhóndiga de Granitas, we walked at a leisurely pace allowing us time to take in sights and sounds rather than the hurried steps of previous days. 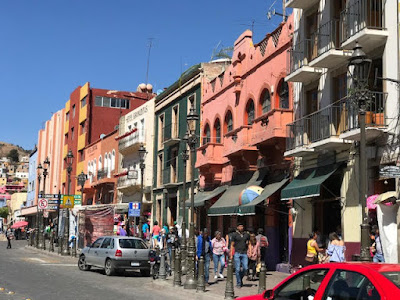 The museum is housed in a massive, unadorned building with thick walls. Once you step inside, the place is
even more spacious and impressive. Until the late 18th Century, this venue served as a grain warehouse. 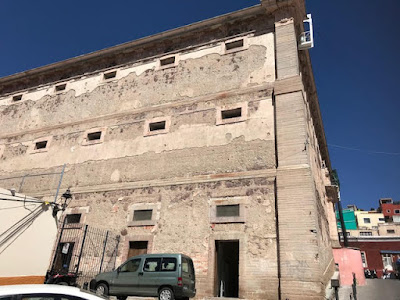 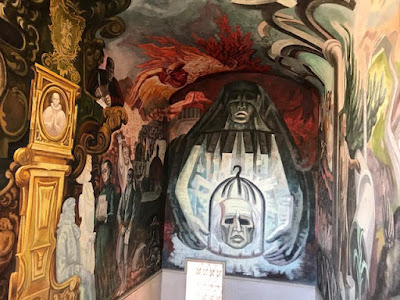 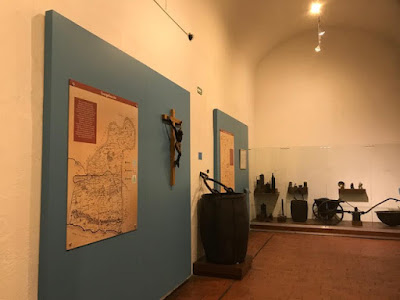 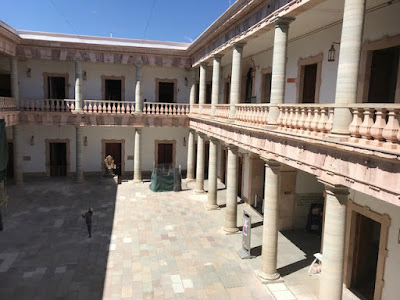 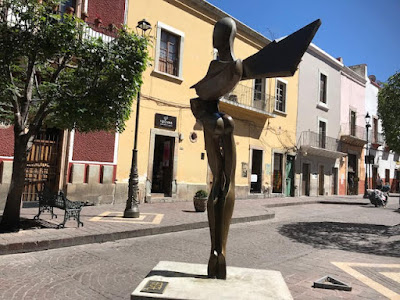 During the Mexican War of Independence, this granary became one of the focal points. The Spanish garrison was attacked and beaten by revolting miners. Handouts, captions on drawings, paintings and articles were all in Spanish. I am resolved to learn the language to the level where I can read such captions with ease. 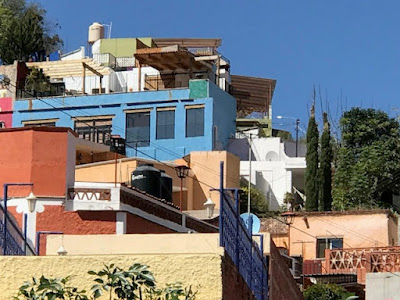 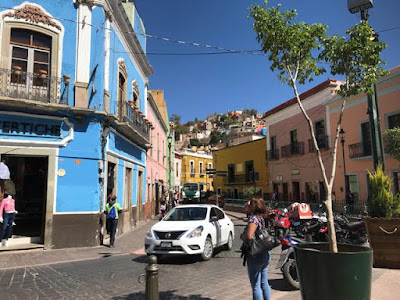 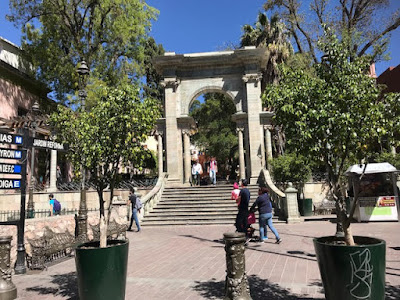 Our daughter-in-law who is proficient in Spanish asked me if I am dreaming in Spanish. Not yet or rather far from it. It means my language level is still low. Last night during our walking tour, there were a couple of jokes in Spanish which J.J. and I did not catch and wish we did as other participants were rolling with laughter.