The entire town of Julian is designated as a California Historical Landmark. According to the 2010 census, the population was 1,502, which is down from 1,621. 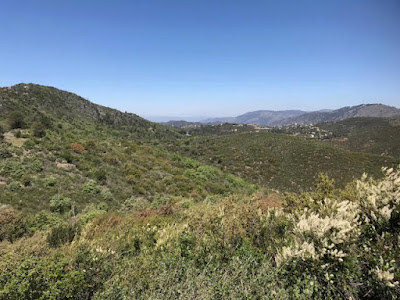 It is a mountain town about an hour drive from San Diego, but the place feels like a world away. According to a local real estate agent, Julian is only 45 minutes drive to the Pacific Ocean and 30 minutes to the Colorado desert. It is pleasant year around. The perfect place to find a luxury homes below $1 million :-) 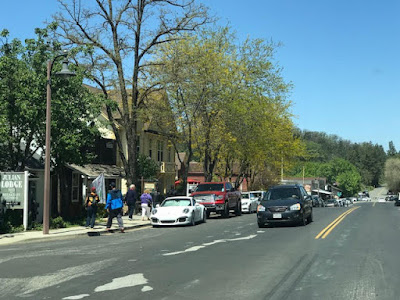 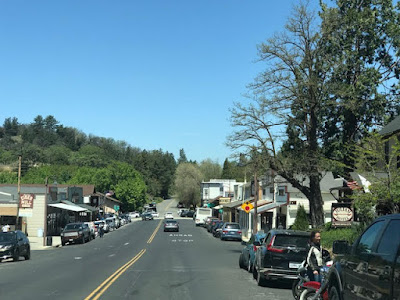 During the 1870’s Julian was founded as San Diego's first and only gold rush town. The total amount of Julian gold (lode) found was about 220,000 ounces.

Today Julian is a destination stop, a weekend getaway place to hike, enjoy the cool mountain air and experience apple picking during the season. Main Street Julian is lined with charming shops, café, bakeries, bed & breakfast, hotels and restaurants. Apple pies are being sold everywhere and this is not the apple season. 10,000 apple pies are baked in October for their visitor industry. 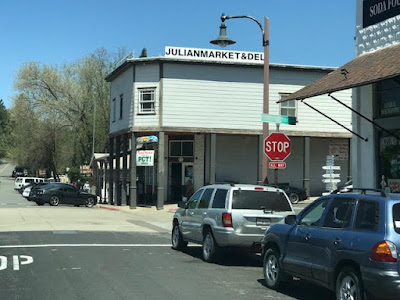 Downtown Julian is pedestrian friendly. Drivers go slowly as people pay more attention to the sights and not to traffic. 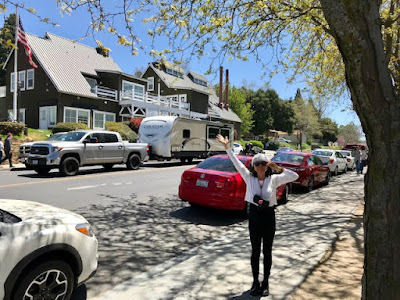 At Julian Market & Deli, we purchased provisions for dinner and breakfast. 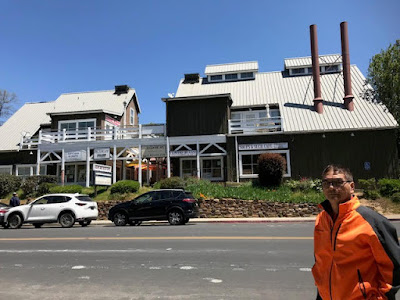 Our lunch stop was at Soup & Such Café. J.J. and I both had a cup of onion soup with 1/2 sandwich. Perfectly prepared and delicious! 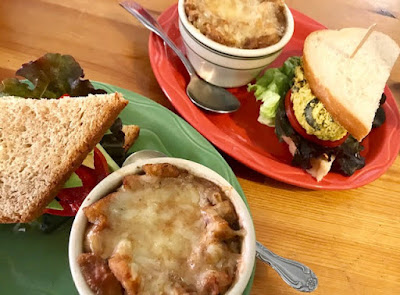 At Rong Branch Restaurant & Gift Shop, we purchased a whole apple pie for our family and a slice for our afternoon snack. 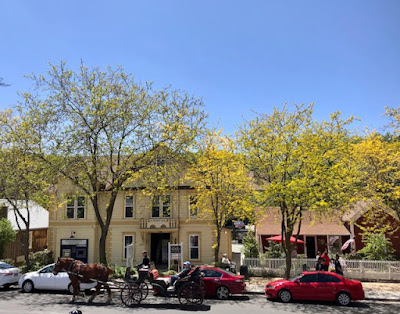 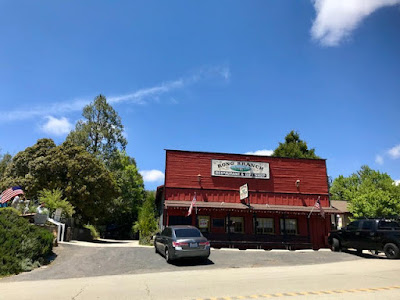 This has been a wonderful stop over between Yuma and La Jolla. 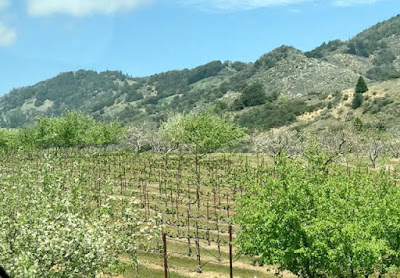