Rock climbing is an activity J.J. and I photographed in Maple Canyon. From what we witnessed, it usually involves at least two people. The climber and the supporter. 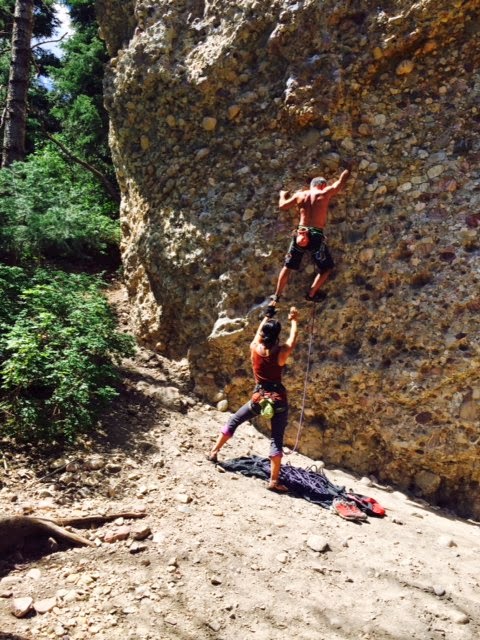 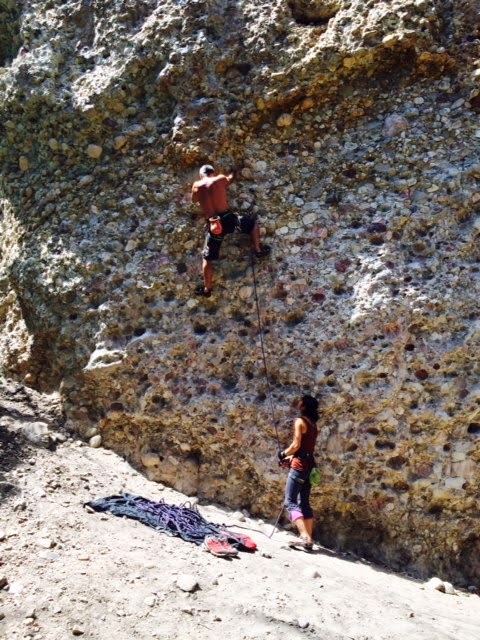 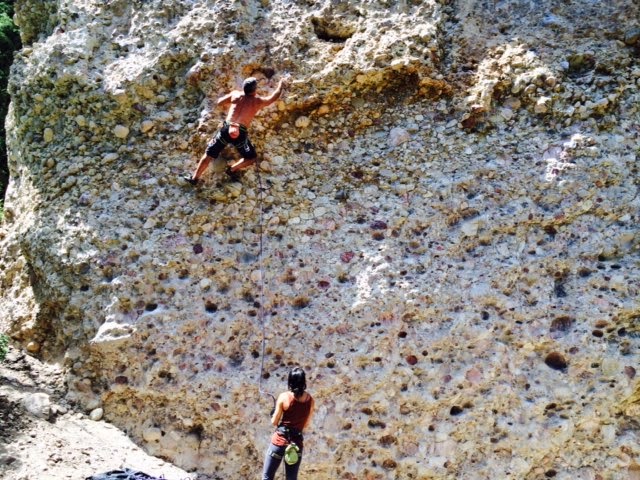 The climber's goal is to reach a predetermined height without falling. (There are safety ropes attached to the walls every 10 feet.) We spoke to several climbers who have been doing for 10 - 40 years and said the sport is addictive. They climb because they love to test their will and strength. They also like the solitary part of between them and the cliff. Most people we met are climbing for fun. They come for a day, stay for the weekend or even a month. 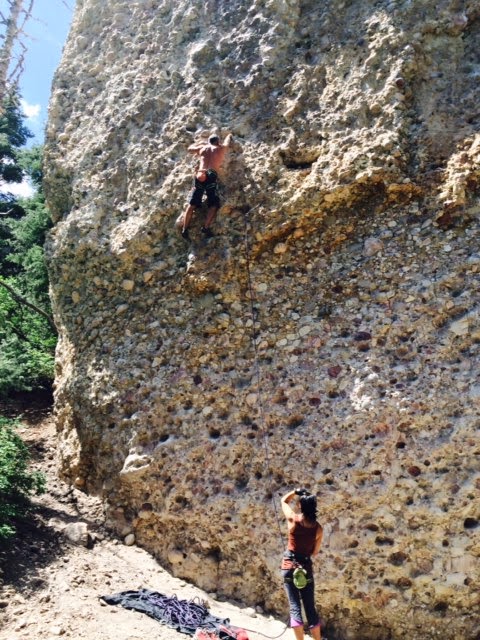 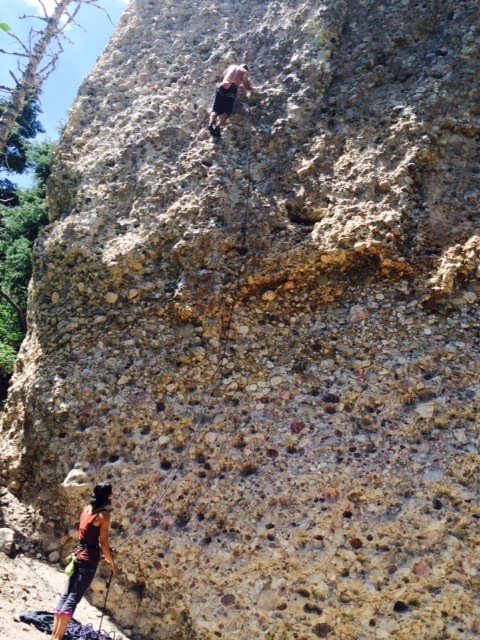 From what we saw, rock climbing is not just a physically demanding sports. It tests climber's endurance, balance, agility and strength. But it also challenges climber's mental strength. Some climbers are silent and meditative as they grab one rock at a time while others are very loud and noisy. They want the entire forest to know that they are climbing. One man was making primeval sounds of animals and birds as he sprinkled his palms with chalk and huffing and puffing loudly. In some way, I suppose he was trying to psyche himself. The supporter on the ground, also an experienced climber, are either silent or verbally encouraging. We never saw any of the supporters criticize the climber even though one of the climbers were very critical of his form, his balance, his strength. You almost wonder if he was having such a bad day, why would he want to continue to climb.

Rock climbing can be a dangerous sport and most climbers told us that they have fallen many times and showed us scratches and stitches on their bodies. It is interesting to note that unlike mountain climbing, rock climbing does not require a lots of investment in their gear. Many wore a good set of climbing shoes, shorts and men went bare top while women wore bikini tops or sports bra. They also told us that if your invest in a good set of gears, that can last for a long time. 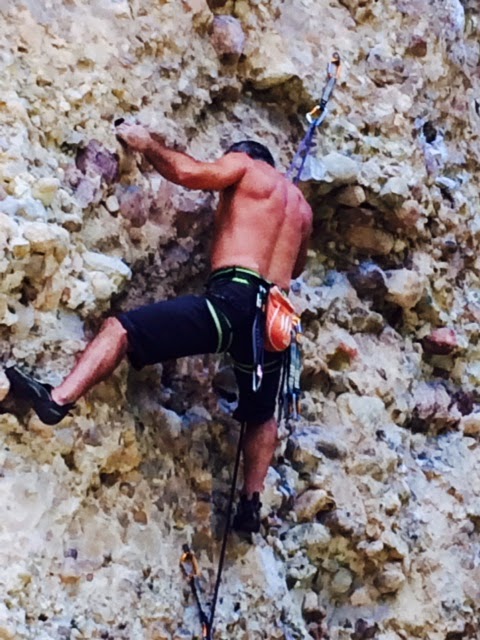 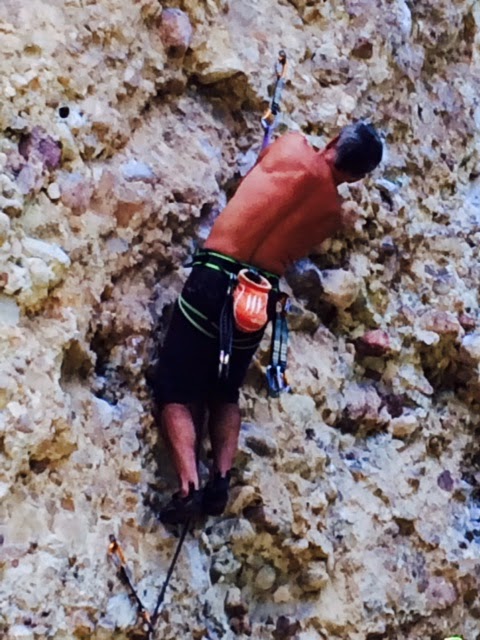 For outdoor rock climbing enthusiasts, the season is usually from late April to October. When the mountain weather becomes too cold, they move to indoor facilities to maintain their climbing fitness. 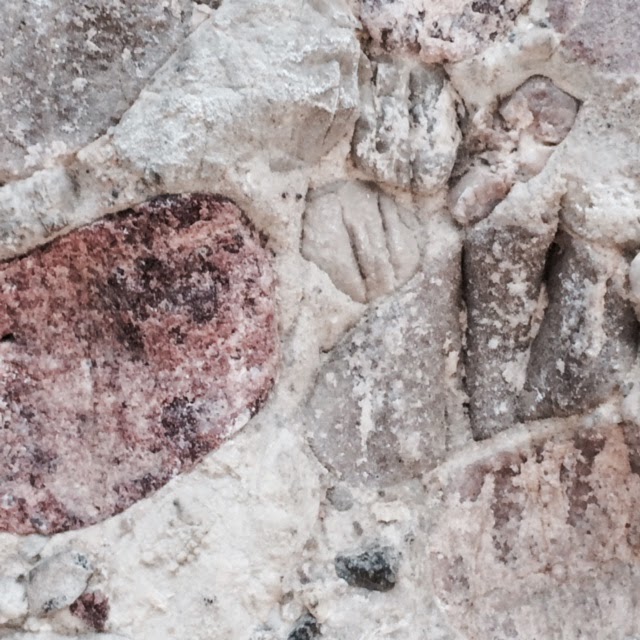 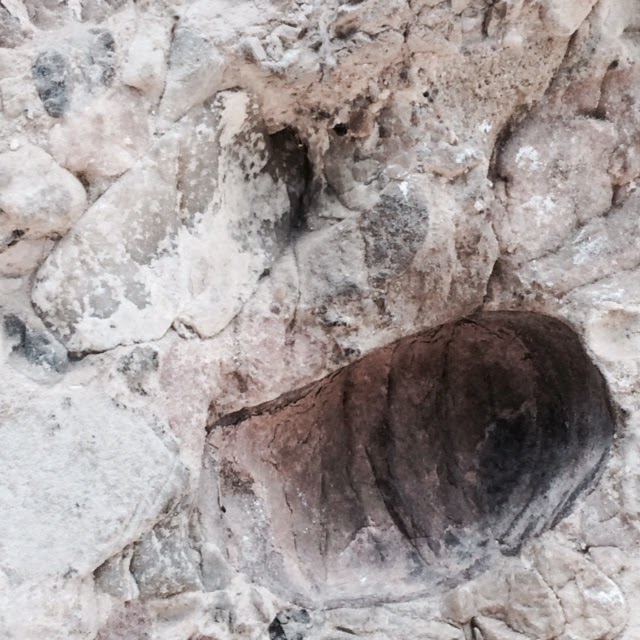 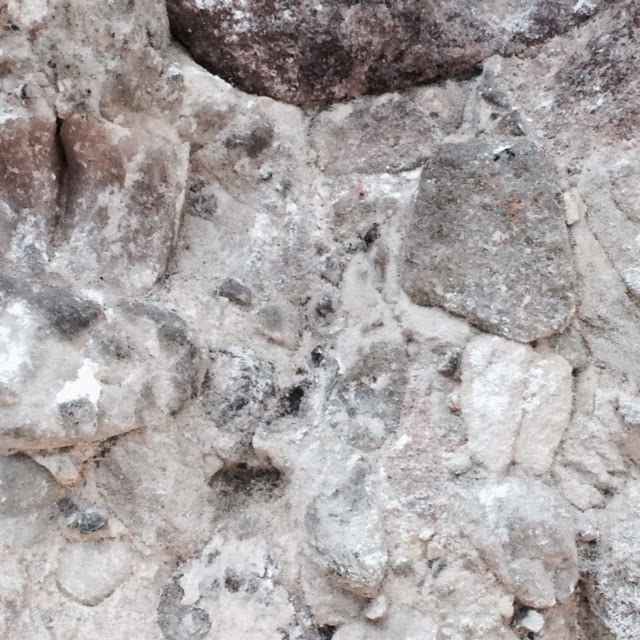 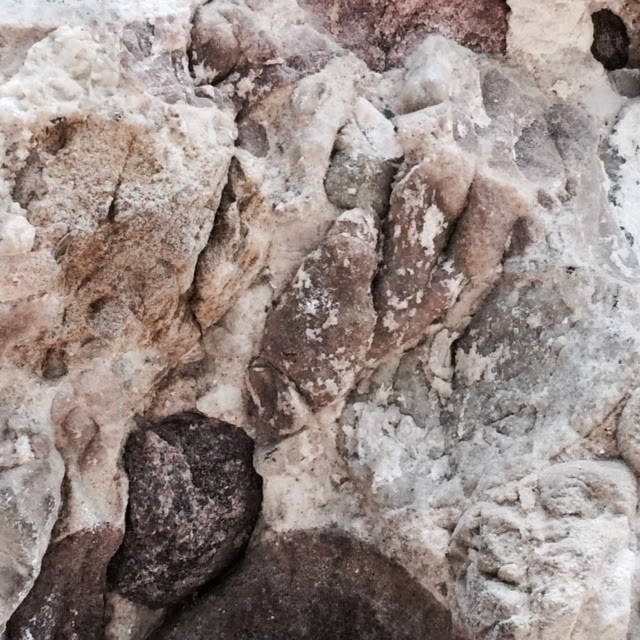 A climber descending using a rope. 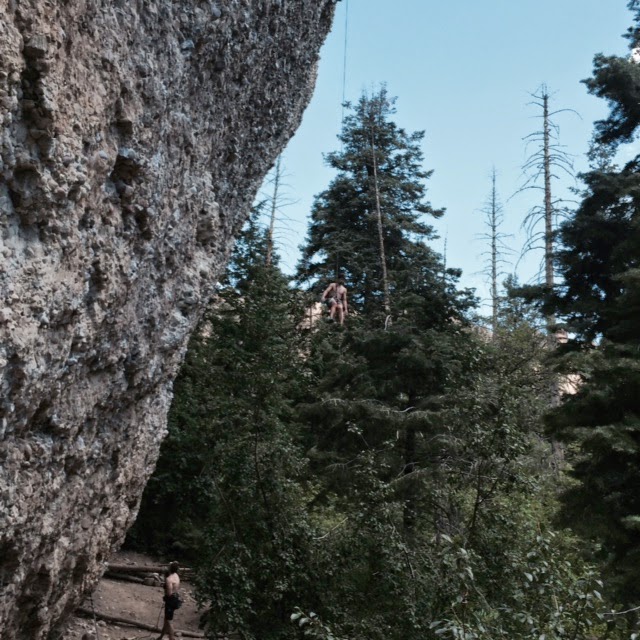 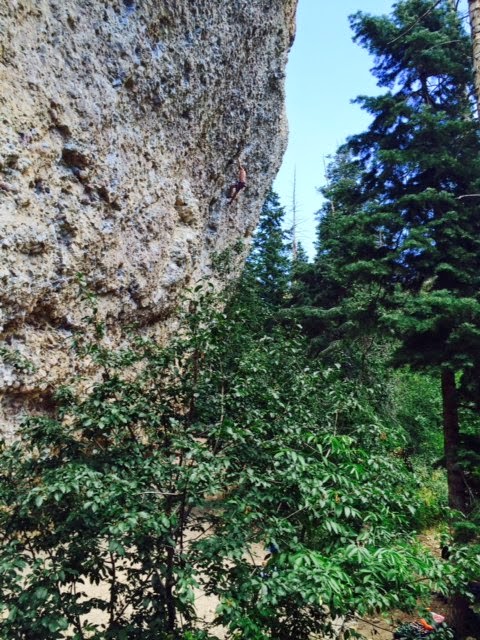 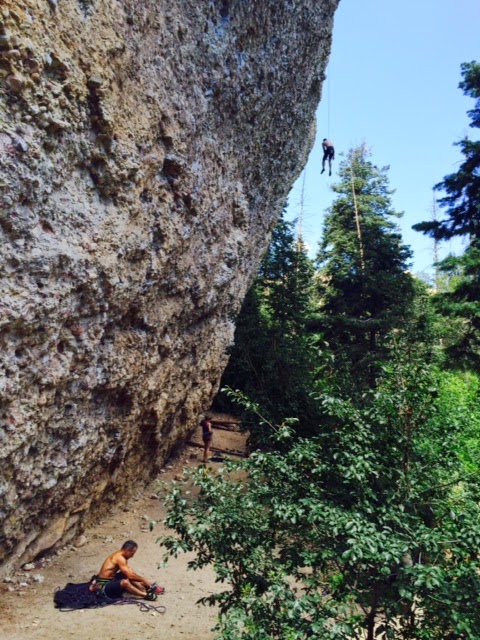 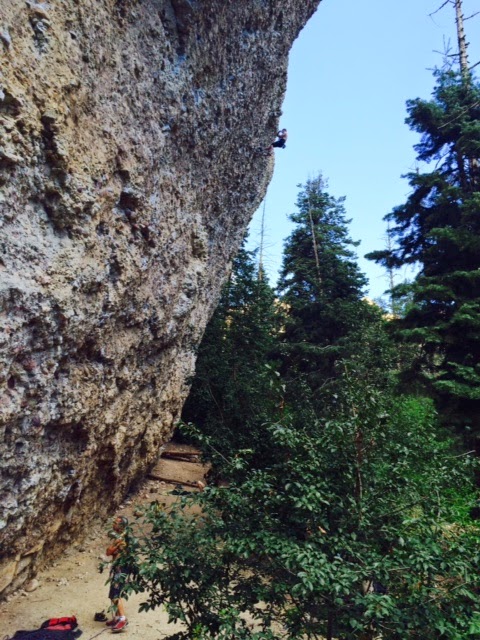