The Arches National Park is one of the top attractions in Utah. Only 12 minutes drive from downtown Moab, according to the brochure prepared by the National Park Service, U.S. Department of Interior, there are "over 2000 cataloged arches range in size from a three-foot opening, the minimum considered an arch, to the longest, Landscape Arch, measuring 306 feet base to base". The 18-miles scenic drive was an excellent introduction to the park. July being the hottest month here, it was too hot and the desert heat was too dry and severe for us to hike to get closer look at some of the arches.

Close up of the Skyline Arch: 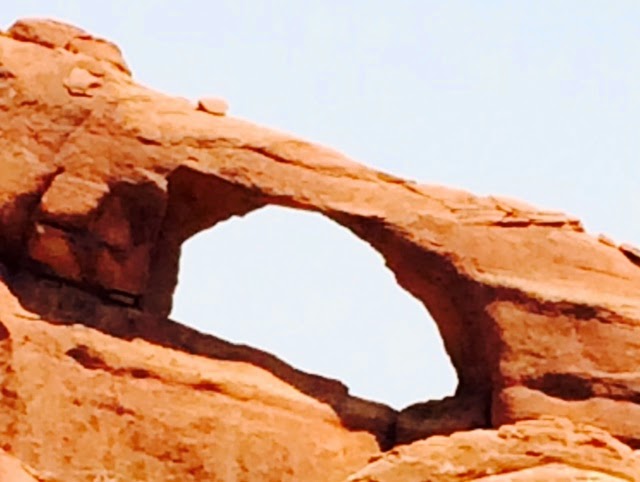 Entry to the Sand Dune Arch: 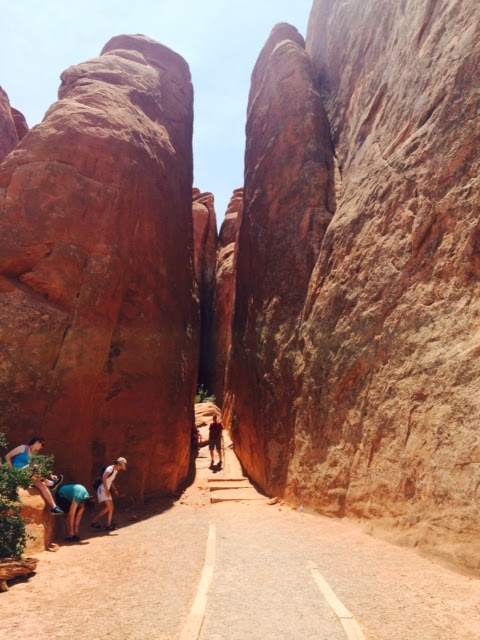 This narrow sandstone tunnel made me imagine the magnificent Al Khazneh in Petra: 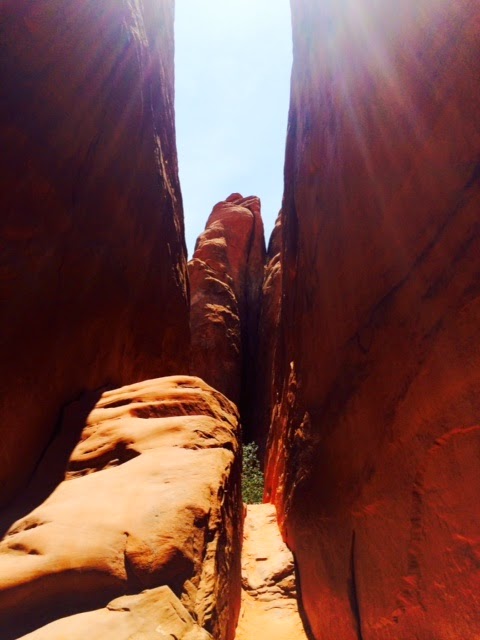 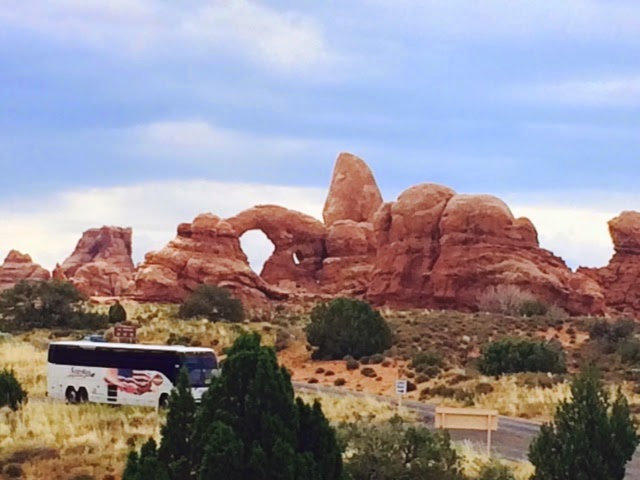 A couple from Barcelona, Spain were on a bike tour of the United States for a month. They both looked tanned and fit. Their main complain was that it is too hot to bike in the summer. 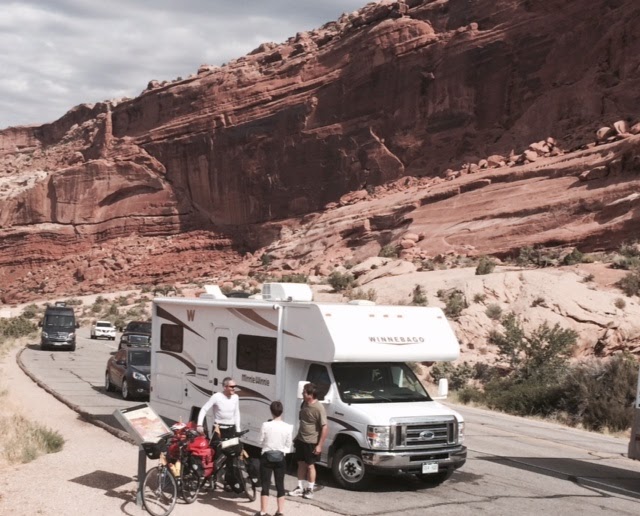 A French couple we met took this photo for us. They were on their 3 weeks holiday. After Utah, they were flying to Nashville, TN to listen to country music.They told us that they are "huge fans" of American Country Music. 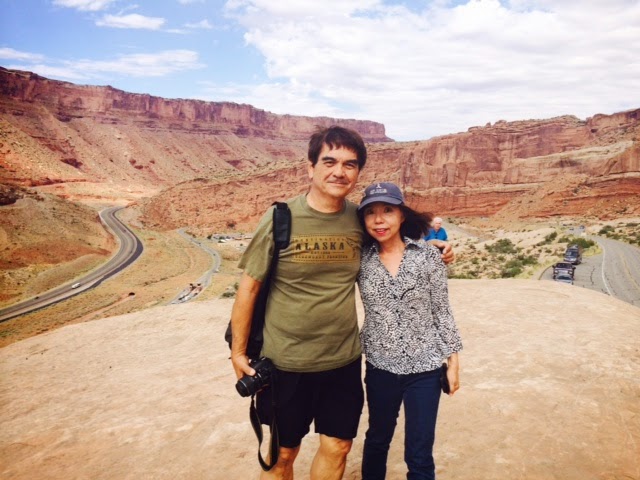 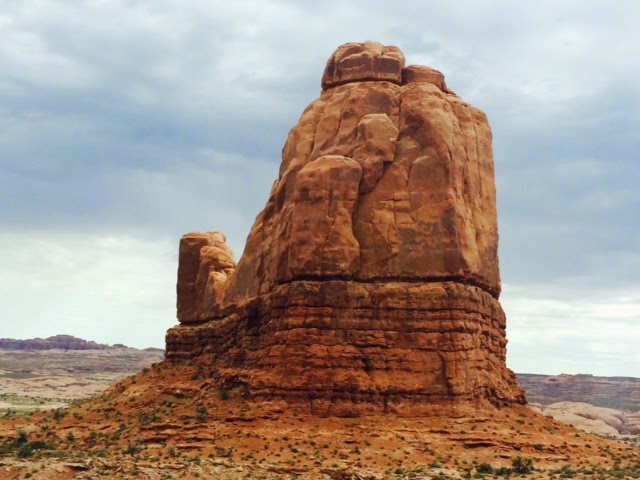 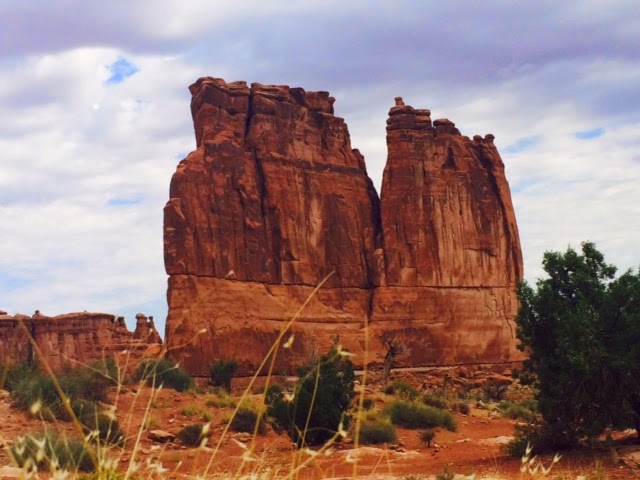 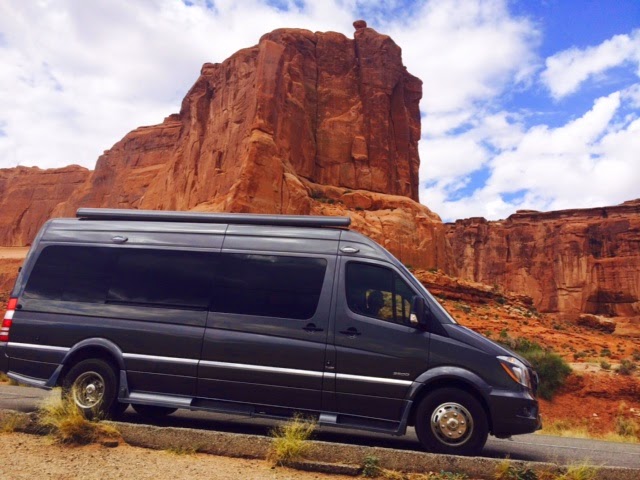 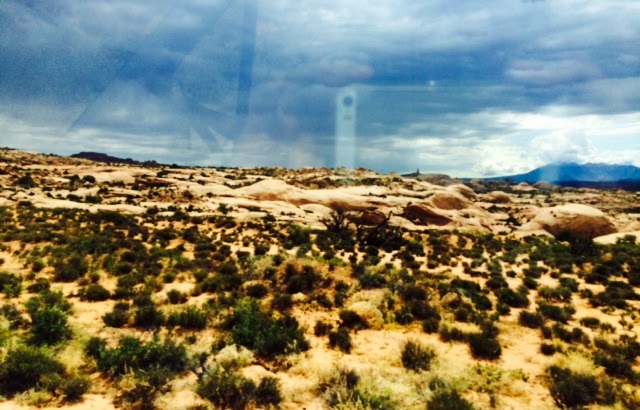 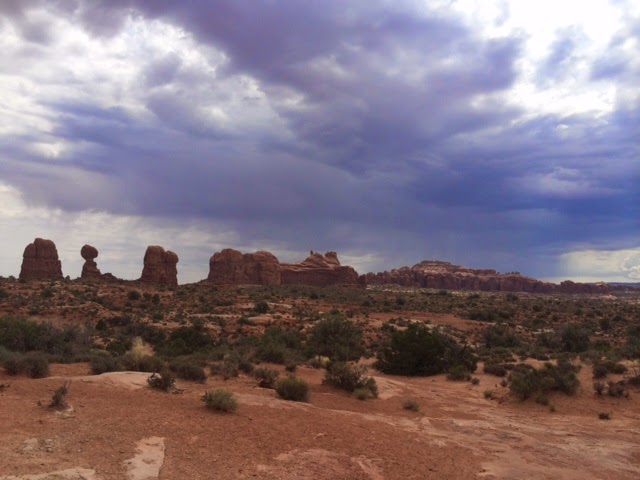 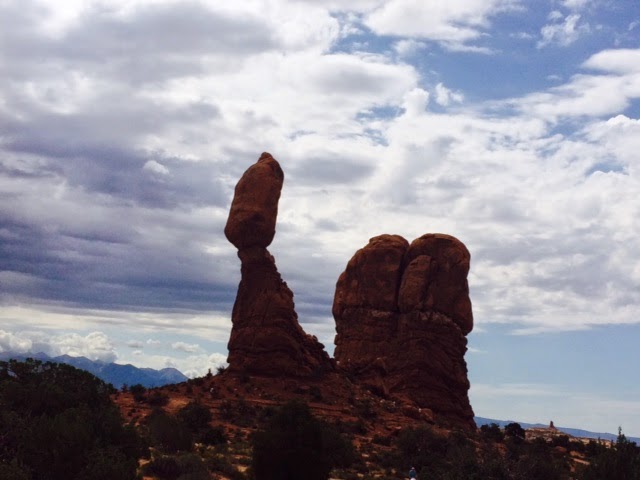