We started with another, "Oh my goodness what a perfect day!!!" weather. 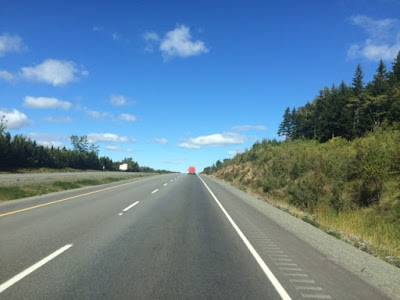 We took Trans Canada Highway 104 West which included a section of toll road. The fee charged was $4.00 Canadian. 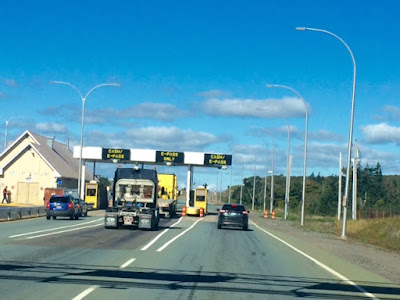 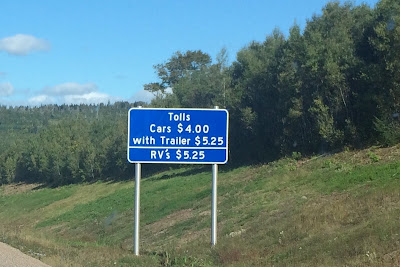 Lunch stop at Amherst, the largest town in Cumberland County in Nova Scotia. 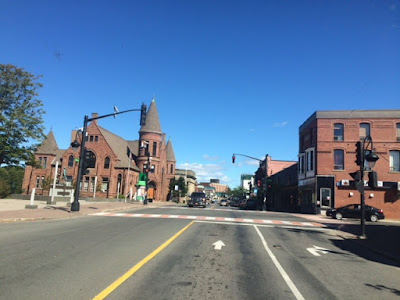 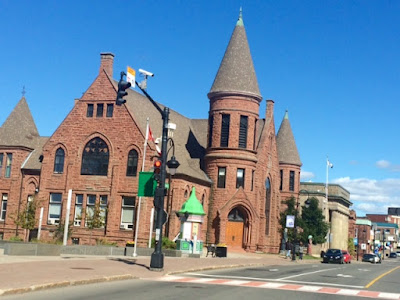 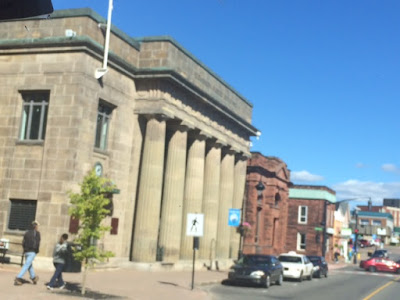 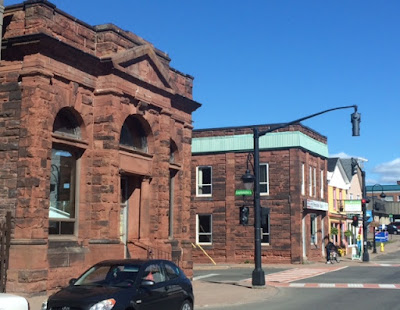 We took a loop around the quaint, historical downtown and found only one restaurant that seemed to be open. An elegant woman dressed in a black suit acknowledged our entry and offered us to take one of the two tables that were empty. 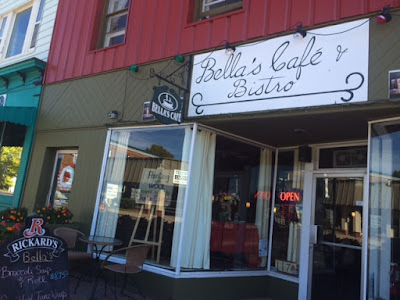 We counted eleven tables, twenty-two diners and only the woman in black was working. During the 70 minutes or so we were in the restaurant, J.J. and I noticed 4 tables were vacated and immediately occupied by new groups of patrons. While no one audibly expressed their frustrations, 3 groups of potential customers walked out. The woman in the black suit removed her jacket after a while but she remained calm, composed and in control. It seemed obvious that for today she was short of her usual staff. 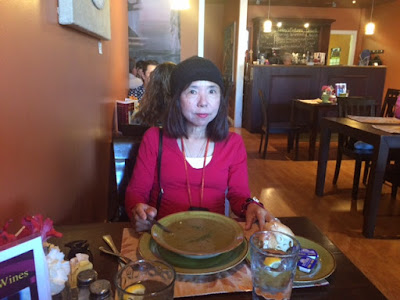 This was interesting lesson in equanimity.

Moncton is a large city with businesses, traffic, malls and the Université de Moncton, a French-language university. It even has a Walmart and Costco.

Petitcodiac River that runs through the south-eastern end of Moncton, is known as Chocolate River by the locals because of heavy sediments in the water. Many locals  believe that the river is haunted. 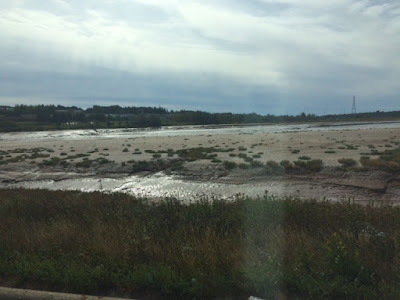 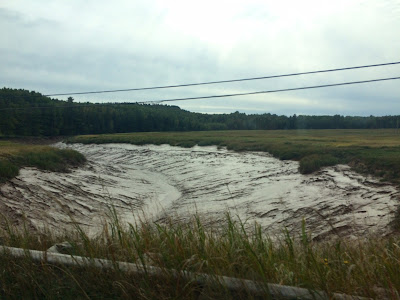 Our RV park is about 5 kilometers away from where I last noticed the chocolate colored water. In front of Honu, the water is clear promising a cooler night ahead. 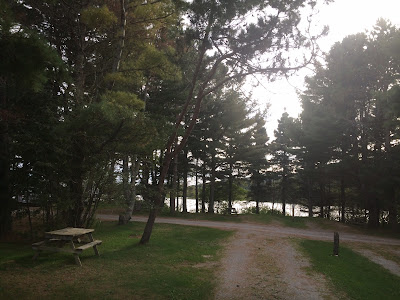 To our granddaughter and to all of you who were hoping that we'll have a close encounter with a moose, this is as close as we were able to get to.