There were 22 of us taking the air conditioned tourist bus. The mood of the group was buoyant and upbeat with lots of jokes, kidding around and laughter. I imagined that it might have been reminiscent of a high school outing. 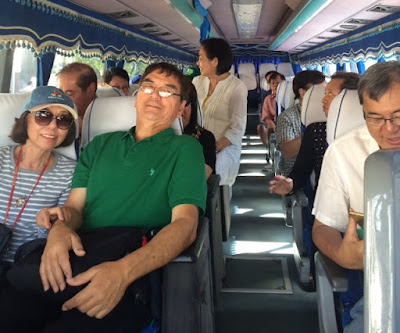 The farm is owned by André, one of J.J.'s classmates. Using hydroponic technology and greenhouses imported from Israel, the farm grows tomatoes and peppers. The products are sold to restaurants and hotels. 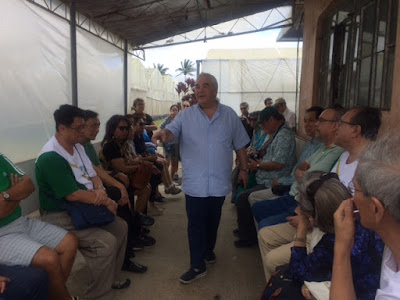 André divided the group into 4 and he led our group through a pepper greenhouse, followed by a tomato greenhouse. 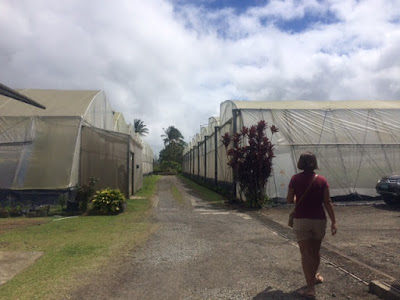 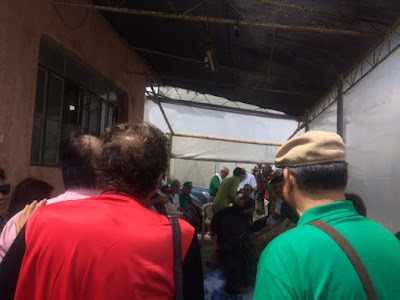 To mitigate contamination from outside, we first walked into a closed chamber then walk onto a sponge soaked antibacterial solution prior to beginning our tour. André cautioned us that smoking is strictly prohibited as well as for us to refrain from touching the plants. 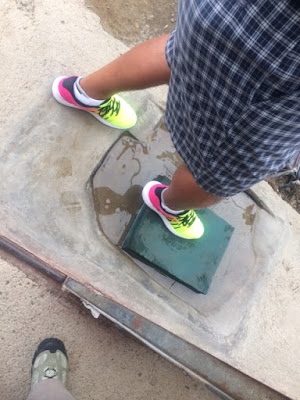 To adopt to the Philippine climate and conditions, modifications have been made. For example, instead of using soil for planting, André and his team uses chipped husk of coconut as conduit. 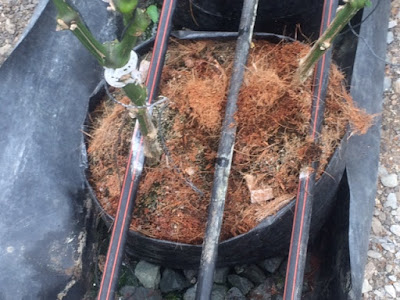 Interesting new information for me is that all pepper whether red, orange or yellow starts as green. 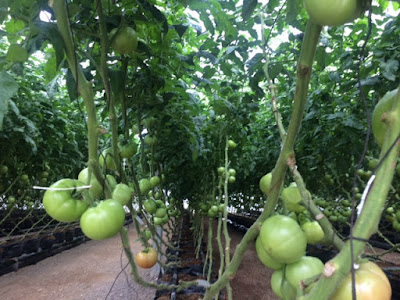 The scale of André's farm was expansive. It was explained that each green house produces 400 kilos (880 pounds) of either tomato or bell peppers a day. 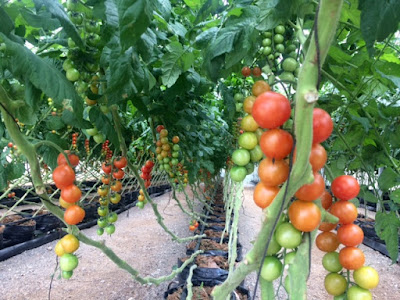 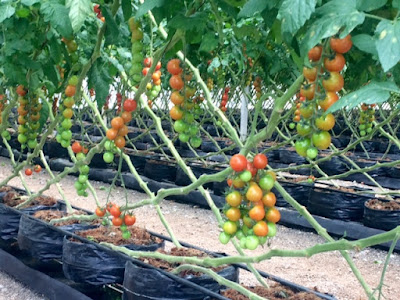 Some classmates were kidding André to give each of us pasalubong "souvenir" of his farm products. André laughed it off by saying they can find a small market in the back. As for me, I was elated and grateful for being able to purchase peppers, cherry tomatoes and regular eating tomatoes that are produced using the hydroponics method. I purchased 3 kilos (6.6 lbs). Even though they last 10 days without refrigeration, it would be far too much for me to consume. I will be sharing some with friends. 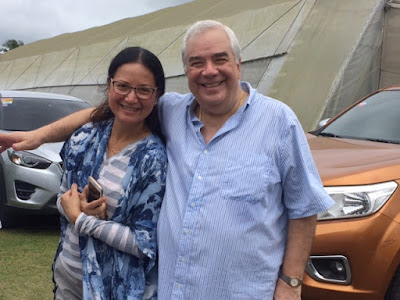 Another 20 or so who arranged for their own transportation to the farm also joined us at a luncheon gathering at a nearby French restaurant called, "The Domaine". Sumptuous array of food, delightful camaraderie and renewal and, in my case, making new friends. The magical and treasured moments passed quickly. 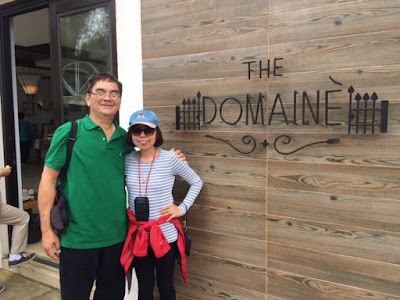 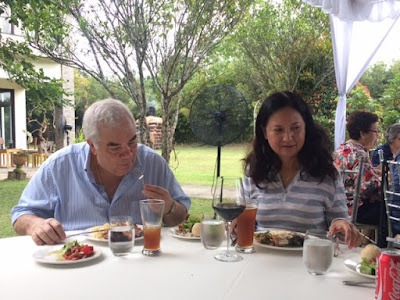 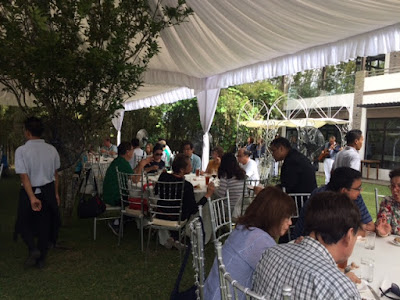 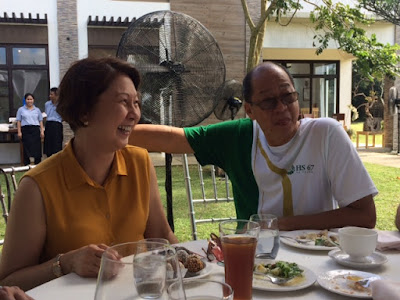 Tagaytay, where André's farm is located is a popular holiday destination. During our residency in the Philippines, J.J. and I have circled the rim on several occasions enjoying cooler weather due to the higher elevation. We were told that in recent years, the area has also become a place of spiritual retreat. Tagaytay sits on a ridge above Taal Volcano Island that is an active volcano surrounded by Taal Lake. The lake is actually an old caldera, thus Taal Volcano is a volcano within a volcano. 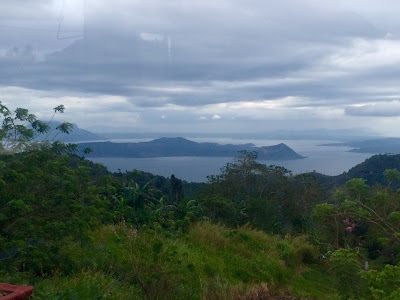 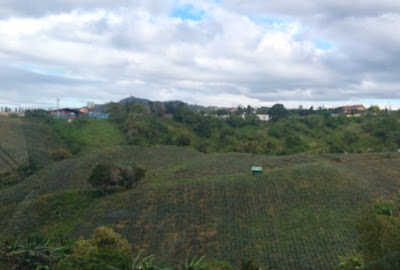 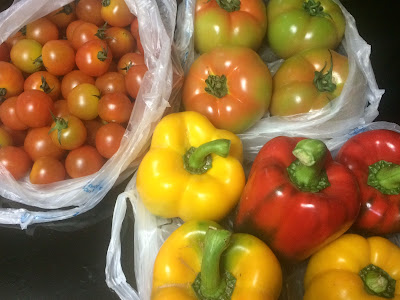