The Queen of Flowering Trees

Tonight, J.J. and I, along with some of his high school classmates, were invited to a dinner party at Poli and Babut's home. While there, we noticed a beautiful flowering tree. Here is an explanation courtesy of Poli de los Santos: 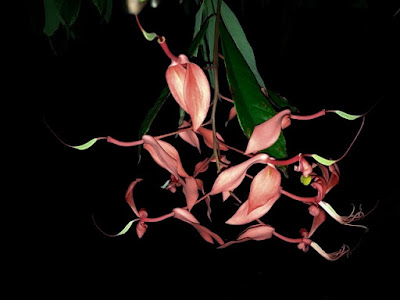 "The Queen of Flowering Trees, Amherstia nobilis, is the tree in bloom once again in our garden. The pendulous pink flowers are a sight to see. We planted this as a sapling in our garden 34 years ago. This exotic flowering tree is a native of Burma or Myanmar. It was named after Lady Amherst, wife of a British governor to India. 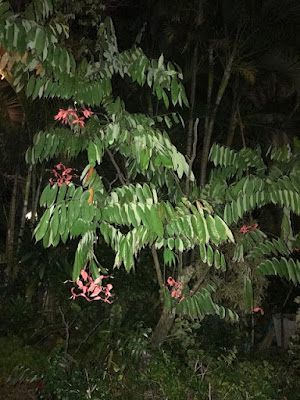 The flowering tree was first introduced in the Philippines before World War II. The original tree, now gone, was planted in what is now the Seniors Social Garden in Los Baños, Laguna. 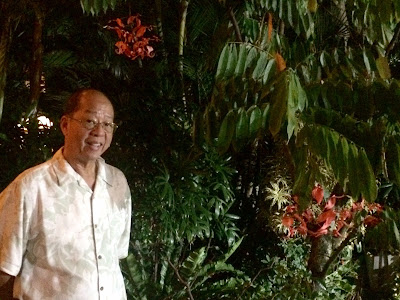 Amherstia nobilis did not become widespread because it does not naturally produce seeds. In Los Baños, it was once induced to produce beautiful pink pods and seeds with the use of a hormone. Since then, no other attempt to make the tree produce seeds has been made. Nurseries have not been very successful in producing marcots. They started blooming only 10 years ago and now bloom only once a year in Feb /Mar. it's an extremely rare and slow growing tree." 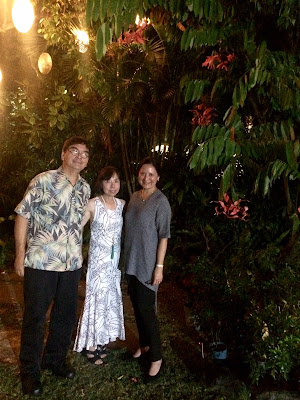 The appetizer of "make it yourself Raclette was novel and we all had a great time "cooking" cheese. Catered dishes served along with Bubut's salad creation and Poli and Bubut's young granddaughter's apple pie were delicious. Table setting in their immaculately maintained tropical garden, full moon playing peekaboo behind a row of tall palm trees all contributed to an enchanting and unforgettable evening. 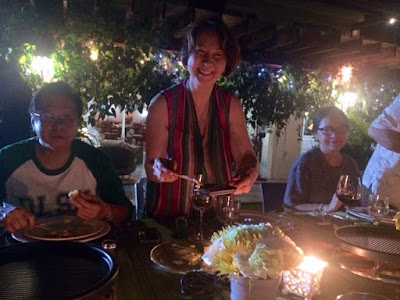 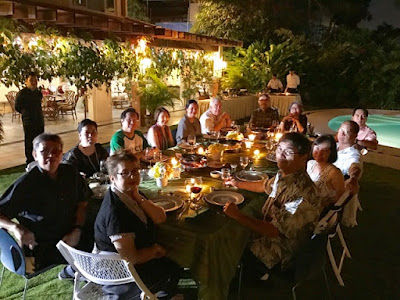 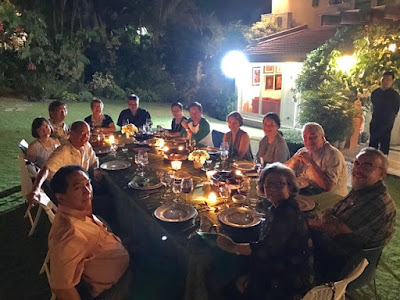 Bubut invited us indoors for our dessert and coffee. Danny, another classmate, a professional composer and musician entertained us on piano. 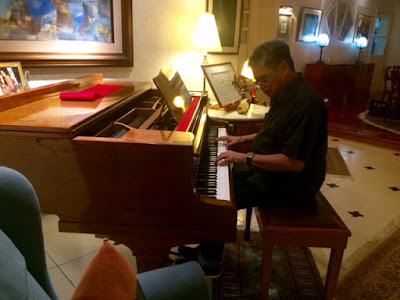 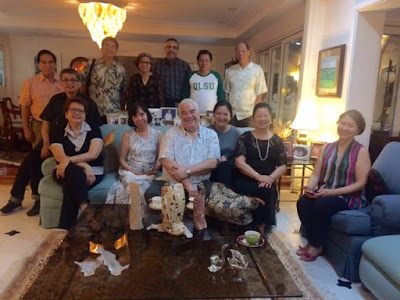