Whenever J.J. and I see bright green and magenta colored JUCY Mini RVs, our curiosity perks up. In nearly 95% of the time, campers who chose JUCY are adventurous and interesting people. They also tend to be Europeans. We met a number of Swiss, Germans, Scandinavians and occasionally Australians.

If is an economic way to see the USA. There is a rooftop bed as well as the seats in the van that converts into a bed. 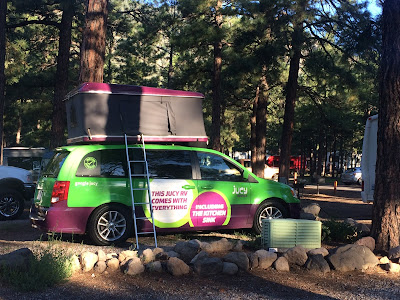 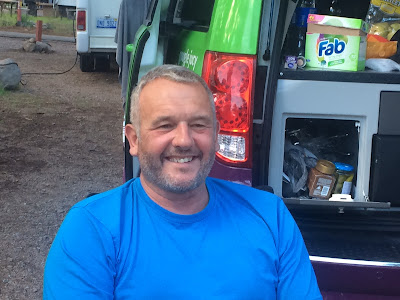 Owner of the Suffolk Academy in Suffolk, England, Glen was a previous coach of the UK National Karate team.
http://suffolkacademy.com/

Gary is a close friend and a Karate student of Glen. The two friends are about midway through their tour of the USA.  After the USA, Gary will continue his travels in Asia for another 7 months, visiting and studying various forms of martial arts.  Glen on the other hand will return to England. 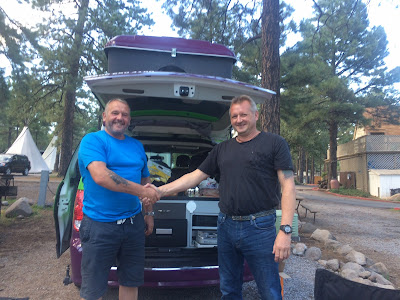 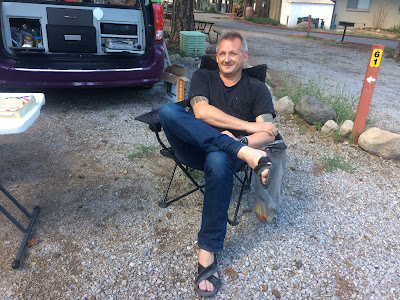 They were about to cook lamb for dinner. Here is a photo of their fully-equipped outdoor kitchen. 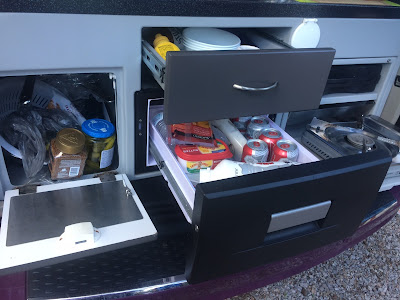