To Prescott for Lunch with Jeff & Jane

Prescott is located about 95 miles from Flagstaff in Yavapai County. The scenic drive on I-17 South took us approximately 2 hours each way. The population of Prescott, based on the 2010 census was 39,843. New figures released last Friday by the U.S. census Bureau shows the Arizona continued its most rapid growth among its largest communities. We are not surprised that Prescott Valley tops local population increases. As we drove towards the city, J.J. and I noticed increased vehicular traffic and ongoing construction. It's a change from the sleepy community the two of us visited a few years ago. 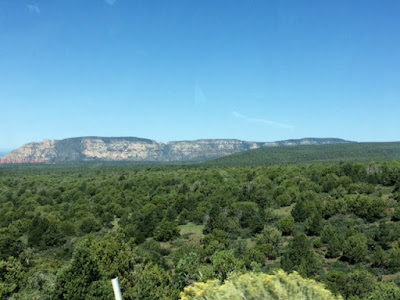 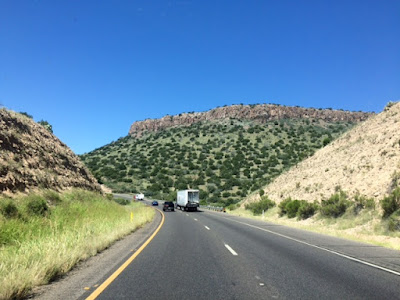 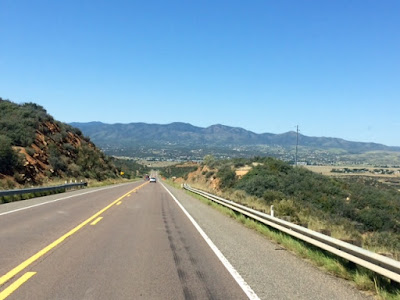 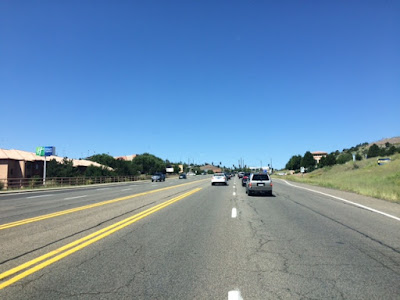 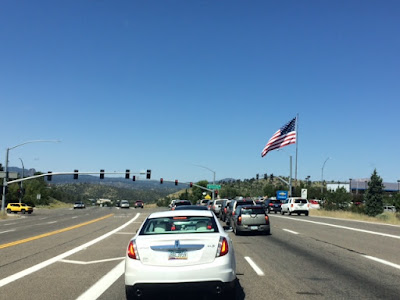 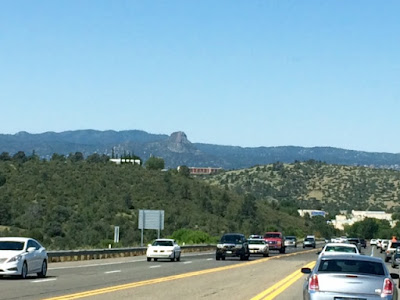 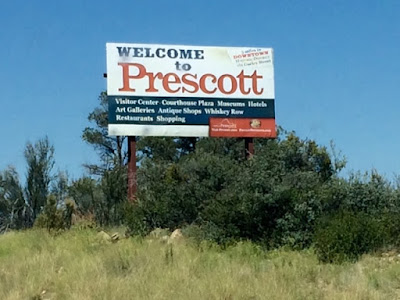 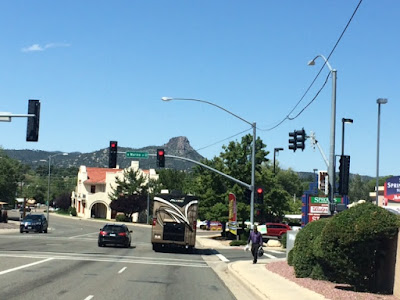 Our lunch get together with Jeff and Jane at the Prescott Brewing Company in the old town was wonderful. Kind and generous mid-westerners, Jeff and Jane love Prescott where it has been their home for 16 years. When we mentioned about noticing new hilltop homes and large residential condominium projects, they commented that Californians in particular are selling their over-inflated priced homes and buying in Prescott often at a half the price and twice the size. Again, changes are inevitable but I can emphasize with those who prefer to keep their community small and intact. 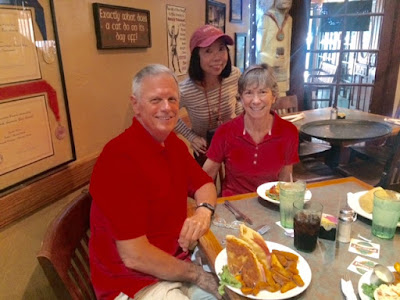 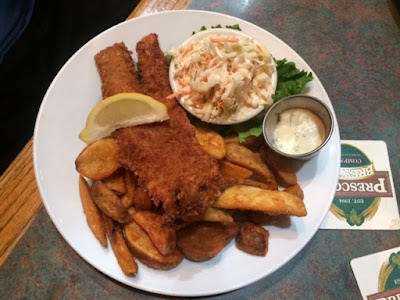 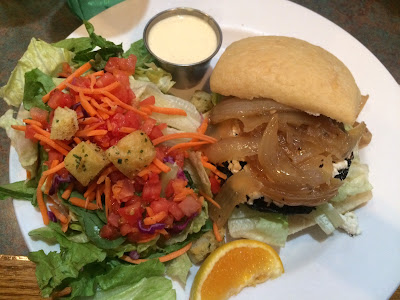 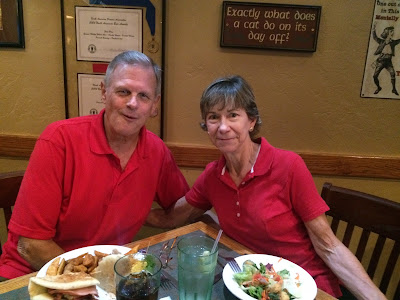